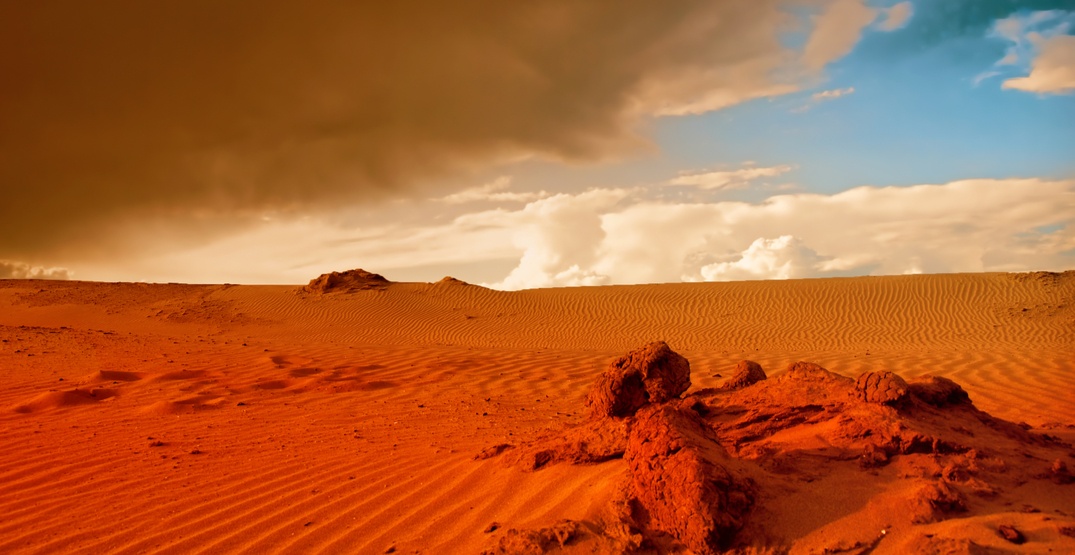 Some people in the UK may have to go through the car wash a second time after an unusual weather phenomenon this past weekend.

Bringing visions of horror movies, “blood rain” is actually much less morbid than it sounds — but it is quite rare.

The colloquial term refers to precipitation falling from the sky that carries red-coloured dust or particles.

It is caused when desert sand gets swept up into the atmosphere and carried long distances, falling with the rain and staining the surface it lands on.

Following an unusually warm weather this Easter in the UK, “blood rain” came as a result of dust swept up from the Sahara Desert. The rain looked the same as usual, but people reported an orange-red residue on their homes and car.

OK …it’s not as gruesome as it sounds …but developing showers for a few today could wash out some of the Saharan dust in skies above us and deposit a reddish grit on your car.

Share the most unique weather you have seen with us using #dailyhivemapped.