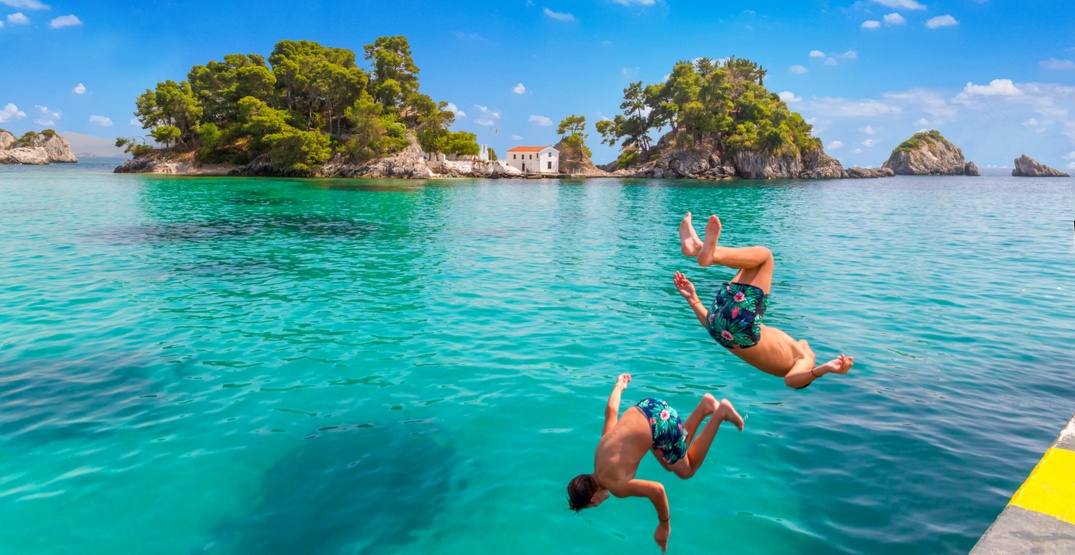 The highly anticipated season seven finale of Big Brother Canada is finally (almost) here! After a lot of ups and downs, more than a few comp beasts and one and a half showmances, the #BBCAN7 finale is set to air this Thursday.

Only the final four houseguests remain after a season full of shocking twists and evictions and the pressure is on as only one can come out on top and win the ultimate prize, which includes a once-in-a-lifetime adventure for two, courtesy of Contiki. Given the stark differences in personality, we couldn’t help but wonder what kind of traveller each remaining houseguest would be.

After following the season closely and doing some minor (OK, major) stalking of the remaining competitors, we’ve profiled each of them and narrowed down destinations we think match their vibe.

*DISCLAIMER* We don’t actually know where their adventure will take them! These are just the spots we’ve predicted they’d enjoy the most. (TBH, who wouldn’t love a free trip to any of these places?).

Hailing from Spaniard’s Bay, a small coastal town in Newfoundland, he spent the last 10 years living away from home and travelling across Canada.

He’s also an avid adventurer, enjoying all things active and outdoors and has definitely been a standout comp beast throughout the season. His charm and wit social and strategic game also helped him stand out, making him a double threat to his competitors, and definitely a fan favourite to win the ultimate prize.

Adam’s laid-back manner paired with his high energy and motivation (he’s only one win away from breaking the all-time record of comps won in a single BBCAN season) makes Peru the perfect destination for him. Seeing as he would thrive in an adventurous, physical setting, we definitely think completing the Ultimate Inca Trail would be ideal for Mr. Comp Beast 2019.

The East Coast of gorgeous Australia would also be an amazing trip for Adam. He gives off some surfer bro vibes with his chill but active lifestyle. Being an East Coaster from Canada, we feel like he’d love to explore the stunning Beaches and Reefs of Oz. Not one to turn down a challenge – especially a physical one – he’d be in literal paradise learning to surf and embracing his daredevil side with bungy jumping and white-water rafting.

Big-hearted, logical and supportive, but not-so-much a comp beast, this non-binary bartender from the vibrant city of Montreal, Quebec is a fun-loving and quirky competitor. They’re not necessarily a fan favourite, but Kyra’s definitely pulled off some epic moves in the game (like the legendary HOH win that split up the ‘Pretty Boys’).

Considering physical comps aren’t Kyra’s strengths, a destination full of soft adventure would be the perfect match. European Discovery is basically a necessity for any traveller these days. Let’s be real, how many people do you know who haven’t been to Europe or don’t have it at the top of their bucket list? Rich in history with tons to explore and even more delicious dishes to taste, Europe’s countries are pretty close in proximity and easy enough to navigate, so Kyra can be cruising the canals of Amsterdam (Stroopwafel in hand) one day and uncovering the charming castles of the Rhine Valley and rowdy beer halls in Munich the next.

Northern Thailand would also prove to be an exciting destination for Kyra. Not only is it full of unique, authentic experiences like sleeping in a floating jungle raft, learning to cook a mean Pad Thai from a local and visiting an elephant sanctuary, it’s also known to be an LGBTQ+ friendly destination. Its people are welcoming and there’s no doubt Kyra will bond with fellow travellers immediately to end this adventure with tons of new lifelong friends.

Anthony has had his eyes on the prize since day one, but hasn’t come through as the comp beast his physical appearance might make you assume he’d be (is it even legal to be that tall and muscular?). This self-proclaimed “teddy bear” and “momma’s boy” from the suburbs of Toronto, Ontario has used his kind-hearted nature and charm to stay in the game.

Anthony loves, and we mean loves his food, appreciating fine cuisine almost as much as he appreciates his mom (aww). Italy is the perfect escape for him, with the abundance of mouth-watering authentic Italian dishes, he’d love to eat his way around this historic country. Beyond getting his fresh pizza and pasta fix, Anthony will feel right at home being immersed in a culture where family is a huge priority.

On the other hand, he would have an absolute blast travelling from LA to the Bay in Canada’s neighbour to the south. As a city boy, he’ll love the thrill of the desert and the breathtaking views – not to mention good work out – of hiking the Grand Canyon. He’ll feel right in his element exploring the stimulating cities of LA, San Francisco and living it up in Las Vegas.

Hockey jock Dane is playful, goofy and definitely a physical competitor. His initial strategy upon entering the house was to form a ride-or-die alliance, and luckily for him, his plan panned out and he joined the ‘Pretty Boys.’ Coming from Kelowna, British Columbia, Dane is used to staying active and enjoying all the outdoors has to offer.

As the ultimate hockey bro, Dane would thrive in Scandinavia. Finland and Sweden are both known for being hugely into the sport, so Dane would find some like-minded friends on his adventure. He’s also the type to always be up for an adventure, which Scandinavia is absolutely full of.

Being from BC, Dane will feel right at home exploring the untouched nature of the region. He’ll also love the eclectic vibrant city of Stockholm and its nightlife, visiting the unique ice bar and embracing the social party scene.

That being said, we think Dane would also thrive on a Greek Island Hopping adventure. With plenty of time to dive into the culture of the islands, he’d get a healthy dose of Vitamin D soaking up the sun, exploring the beach parties, wandering through fishing villages and visiting volcanoes. Despite formerly evicted Este saying she isn’t looking to continue the mini showmance beyond the BBCAN house, we can totally picture these two enjoying a romantic trip to Greece. Nothing screams romance like ouzo, olives, and a dreamy Santorini sunset!

Whoever ends up winning will definitely have a FOMO-inducing adventure of a lifetime full of epic experiences. Best of luck to the remaining contestants! The Big Brother Canada season 7 finale is this Thursday, May 9 at 8 pm ET/PT on Global.