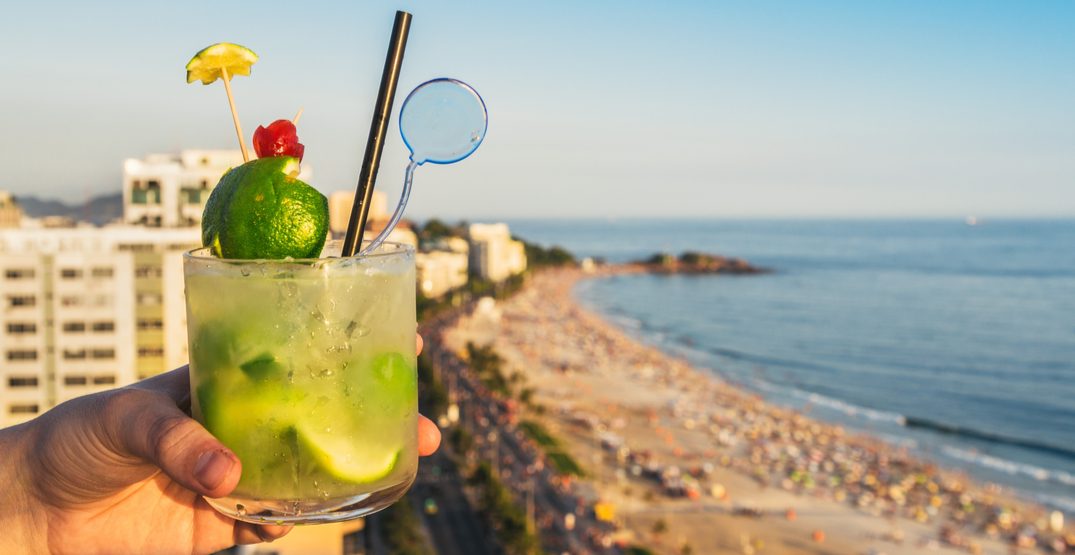 The heat and sunshine of summer is finally approaching (for at least a couple months), and nothing feels better than sipping on an icy cold cocktail while lounging outside in sunshine.

If you agree that the best compliment to this season is a classic cocktail in hand, then read on for the history behind some of the world’s most delicious and timeless cocktails. Armed with this historical new knowledge, we recommend setting out on your own journey to the birthplaces of each to further sharpen your libations expertise.

Pimm’s in the UK 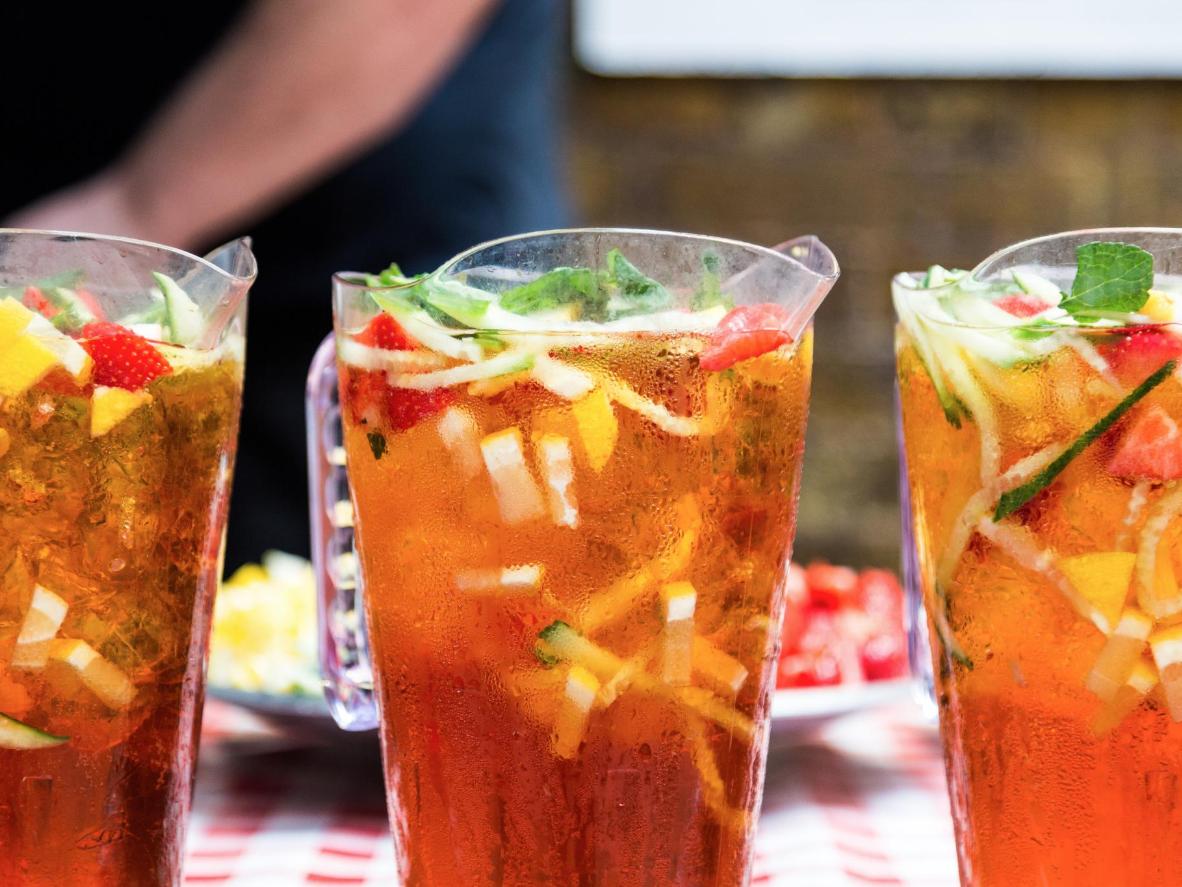 Pimm’s is synonymous with summer in England. (Booking.com)

There’s no better duo than Pimm’s and summer in England.

Pimm’s is the quintessential drink of the Wimbledon Tennis Championships (with an average of 320,000 glasses served at the tournament each year). It’s also the tipple of choice at the Chelsea Flower Show, the Henley Royal Regatta, and pretty much every English picnic or garden party from June till September.

The classic recipe contains one-part Pimm’s (a spicy, fruity liqueur), three parts lemonade, ice, and a jug filled to the brim with fresh fruit, cucumber, and mint. Check into the Dog & Fox, a traditionally-English gastropub with contemporary touches that’s just a 15-minute walk from the All England Club in Wimbledon. 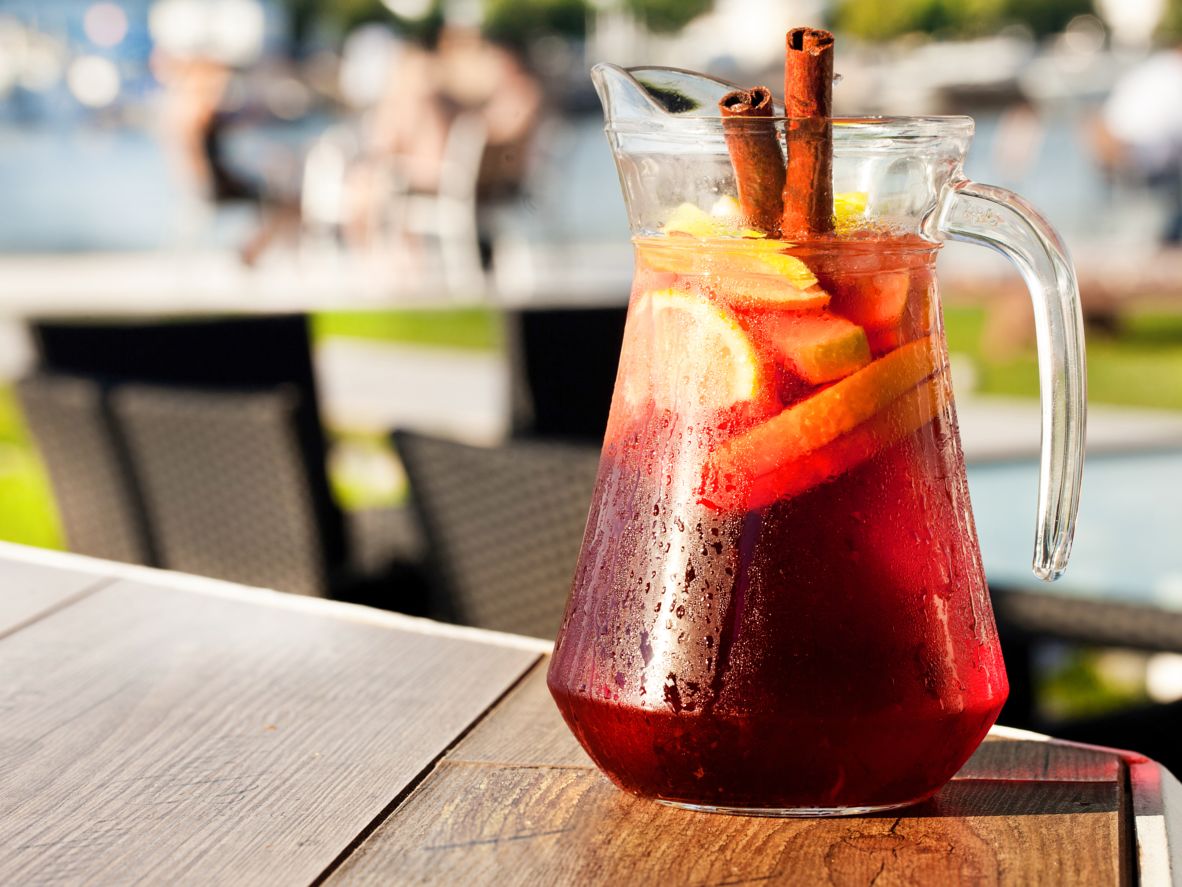 Enjoy a massive, ice-cold pitcher of sangria on a Barcelona beach in summer. (Booking.com)

Though sangria is known to be more of a tourist drink and not something the locals typically sip on, it’s still probably the most famous cocktail to come out of Spain — and nothing beats a giant, ice-cold pitcher on a Barcelona beach in summer.

Recipes vary but are based on a combination of sweet and dry red wine with orange juice, sugar, wedges of citrus fruit, and triple sec (or other liqueurs) added for an extra kick. Just don’t settle for a tinto de verano instead; this cheaper Spanish drink is simply red wine, ice, and sweetened soda water and – though deceptive – isn’t the real deal.

The rooftop of Barcelona’s highly-rated Hotel Casa Camper makes a fine setting for a sunset sangria.

Mint julep in the USA 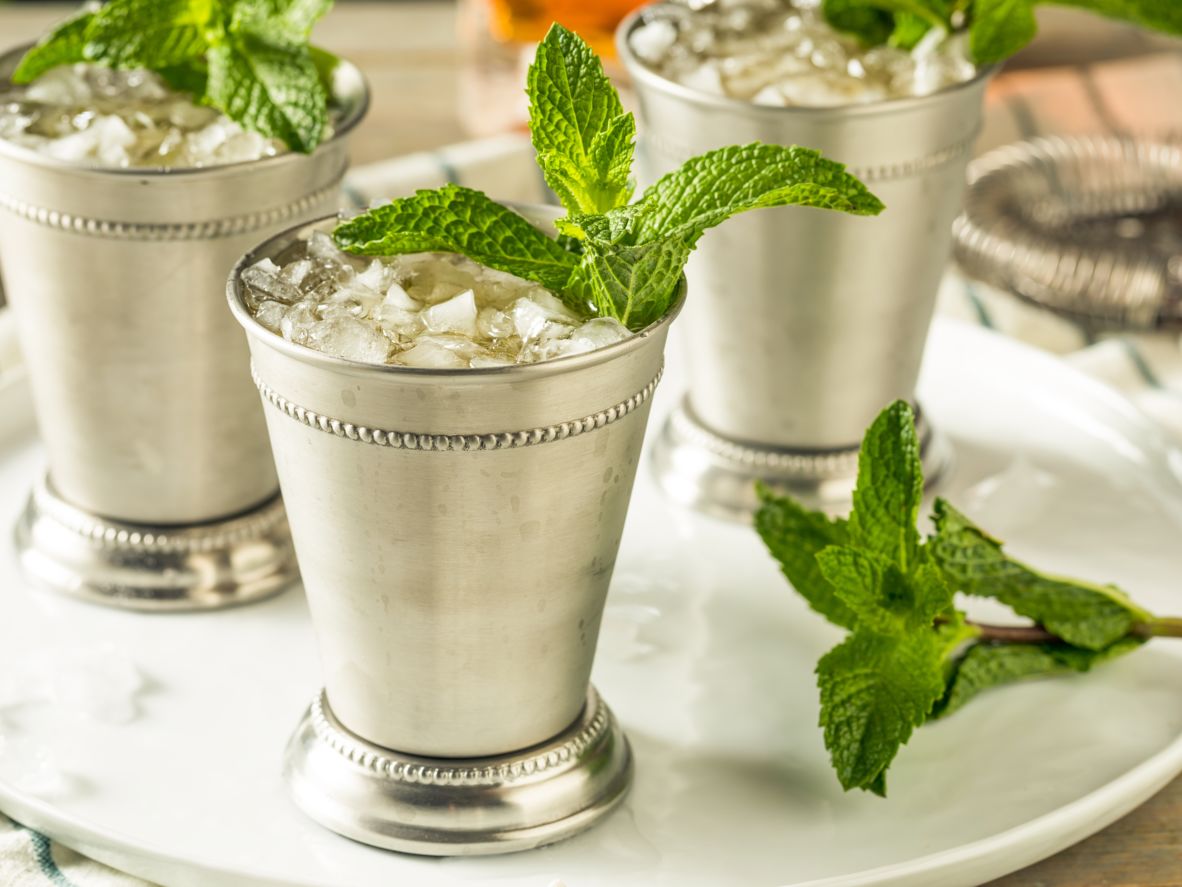 Mint juleps are traditionally served in silver cups that frost up when filled with a mound of crushed ice. (Booking.com)

If you’ve been to the Kentucky Derby in Louisville, you’ve probably had or seen a Mint Julep. This refreshing, minty cocktail is a favourite of the Southern states.

This bourbon-based beverage is surprisingly simple to mix up, containing only sugar, mint and a lot of crushed ice. Traditionally served in a silver cup that frosts up once you fill it with a mound of crushed ice, it’s all about the presentation. Thankfully, it tastes just as good as it looks.

Stay at the 21c Museum Hotel Louisville, where you can wander around the on-site art gallery while sipping on your mint julep. 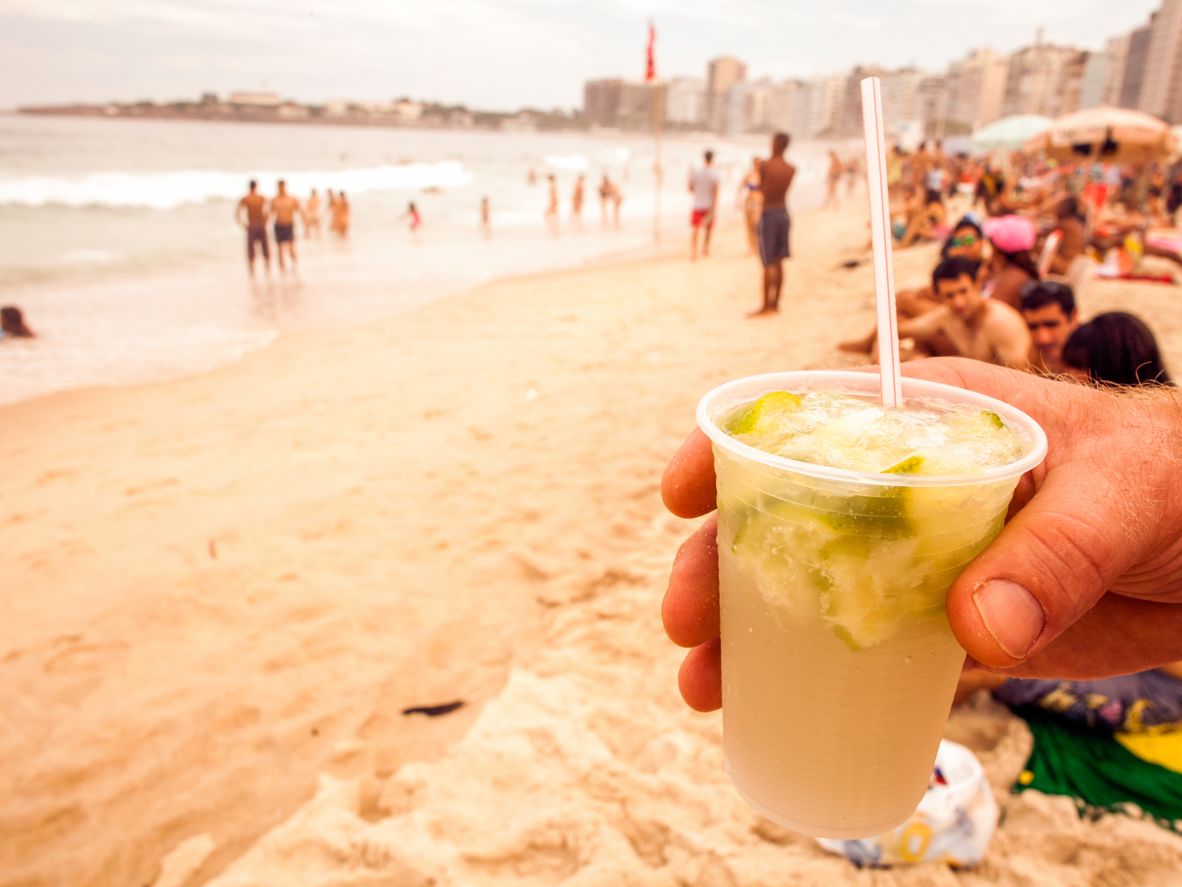 The best place to enjoy a caipirinha is Copacabana Beach. (Booking.com)

Though hard to pronounce (it should be kai-pee-reen-ya), this concoction sure is delicious to drink.

The caipirinha is Brazil’s national cocktail. It’s a simple drink of cachaça (a Brazilian rum-like spirit), lime, and sugar but be warned – it can be pretty potent. You’ll find many different variations in Brazil, including coconut, mango, and watermelon, but there’s only one way to enjoy it; ice-cold and on Rio’s Copacabana Beach.

Try mixing your own caipirinhas in your Penthouse NS Copacabana apartment before heading down to the beach (200 metres away). 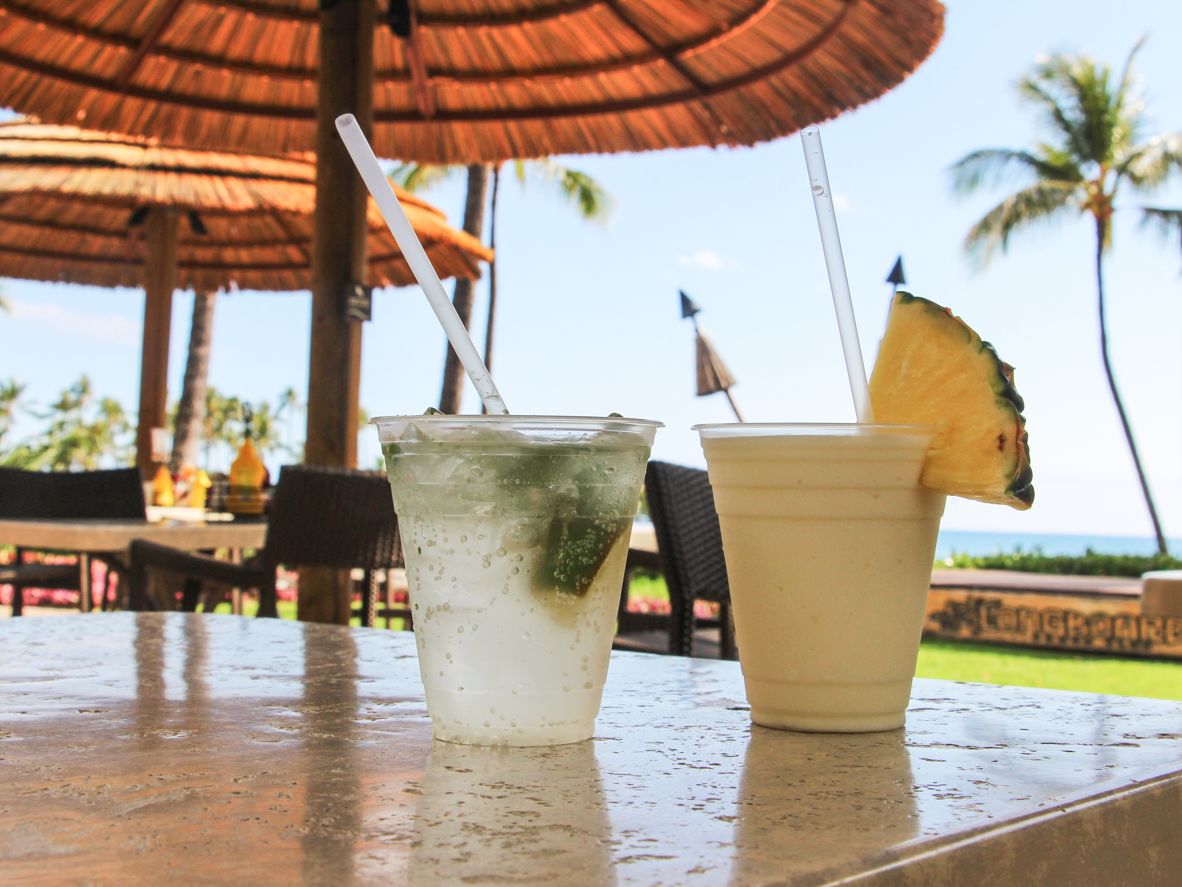 The name translates to ‘strained pineapple,’ though to classify as a piña colada, it’s also got to have rum and coconut cream. There are several bars in the Puerto Rican capital, San Juan, that claim to have invented this national drink, but you’ll find fantastic variations all over the country; from swanky hotels and restaurants to beach shacks and roadside stands.

Check into Casa Isabel B&B for piña coladas on the terrace or walk nine minutes for cocktails on the beach. 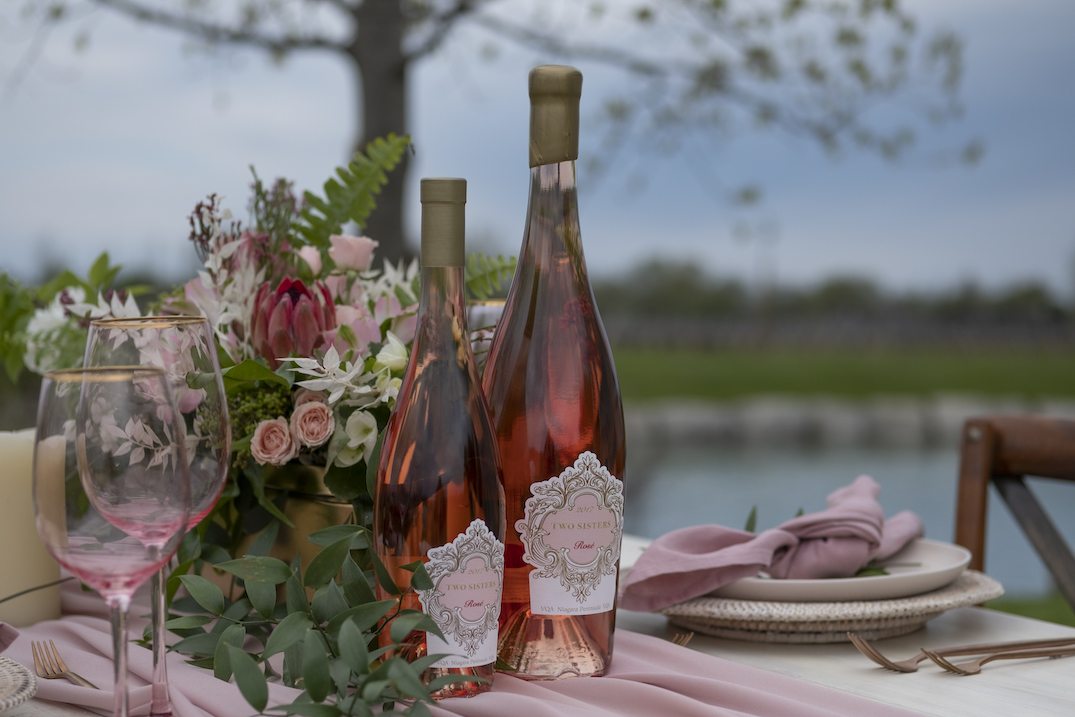 Not exactly considered a cocktail, however, we couldn’t round up the best summertime drinks without mentioning the cult classic that is rosé.

Refreshing and crisp with a touch of sweetness, it’s no surprise this perfectly pink drink is on everyone’s sip list come the summer months. This (almost) summer, Booking.com offered one lucky guest and a friend an International Rosé Day (June 8) exclusive glamping getaway amongst the grapevines at the renowned Two Sisters Vineyards in one of Canada’s top wine regions, Niagara-on-the-Lake.

This majestic retreat was available on Booking.com for one night only in celebration of the popular summer refreshment. If you missed this dream retreat, don’t worry, more exclusive getaways are coming to Canada this year, only on Booking.com.