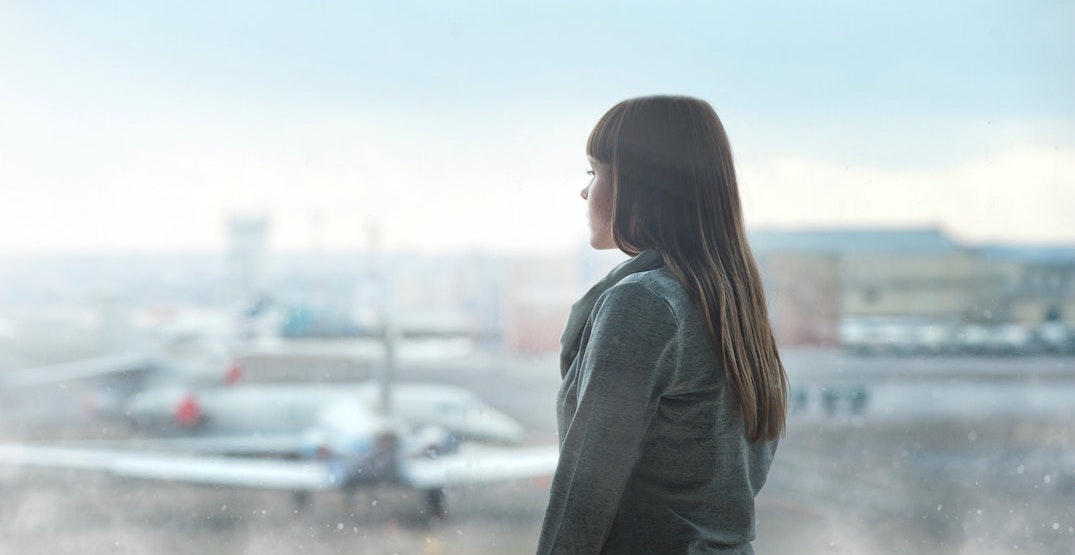 Are you a nervous flyer? If so, you’re not alone.

For some, airplanes involuntarily induce jitters and sweaty palms beyond control. It’s a completely understandable, rational response to flying thousands of feet in the air inside a tin box.

A split second of turbulence is enough to remind that although fatalities are still deemed “rare,” accidents can happen.

Just this Sunday, a plane fire at the Moscow airport claimed the lives of at least 41 people. According to CNN, Aeroflot flight SU 1492 burst into flames upon impact when it landed. As flames engulfed the rear of the plane, roughly half of the passengers onboard managed to escape using emergency slides from the two forward doors.

“Many of the survivors of the Russian accident took their cabin baggage with them — a dangerous and thoughtless decision that may well turn out to have cost lives,” the Independent reported.

While tragedies such as this tend to reinforce nervous flyers, the situation calls for a reminder of best airline safety practices.

In the spirit of preparedness, here are key airline safety tips we hope you’ll never need. 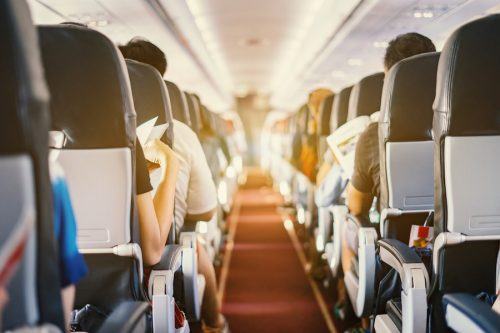 While it may be tempting to switch from your middle seat to the free window seat ahead, keep in mind that there’s some thought put into allocating passenger seating. A seemingly harmless seat switch can impede an evacuation. The Civilian Aviation Authority (CAA) divides passengers into three categories and seats them accordingly. The “reasonably fit and strong” who can assist with evacuation procedures are placed near self-help exits. “Passengers likely to impede evacuation,” including children, are placed away from emergency equipment and exits. The third group is comprised of everyone else and they are free to sit wherever.

If you’re switching seats, it’s always a respectful gesture to check in with the flight attendant first.

Tune in to the safety briefing 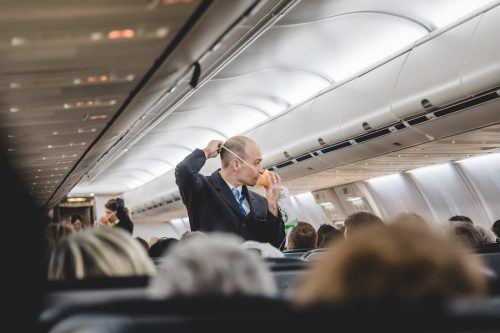 Cabin crew put effort into giving you a professional safety briefing in an interesting manner, despite the monotony of a thousand deliveries. The least we passengers can do is pause our podcast, turn our music down, or stay awake for an extra two minutes. We may have flown frequently enough to re-enact the briefing by heart, but it’s no telling what we’ll do in a life or death situation. Odds are better after a little refresher — and some airlines go through many lengths to make entertaining safety videos.

Listen, take a moment to clock your nearest exit (which may be behind you), and buckle your seatbelt. 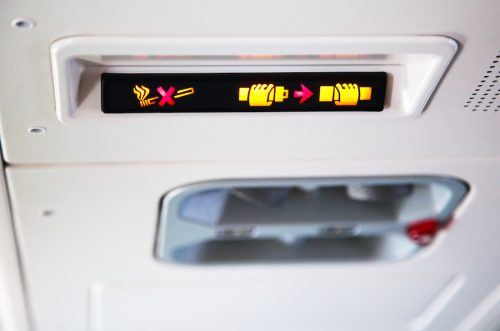 Respect seatbelt signs and instructions from the flight crew. These are specifically designed with safety in mind. Remember that your flight won’t last forever, and you’ll be free as a bird as soon as you reach the other side. 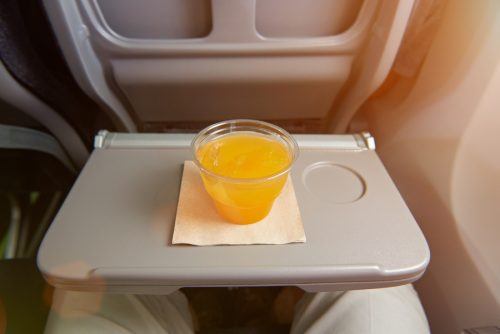 Whether you have a lounge pass and access to free pre-flight drinks or it’s something that helps calm your nerves, remember that it’s an offence to be drunk on a plane. Intoxicated passengers are a hazard to themselves and others, especially during emergency situations. 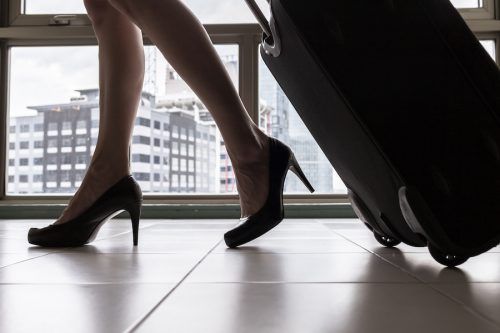 It takes a very classy kind of lady to travel in heels and while we respect that, they should also keep in mind that flat footwear is more conducive in extreme circumstances. The CAA stipulates that flight crew should wear flat shoes during take-off, landing, and emergency situations to carry out their duties and avoid damage to evacuation slides.

It wouldn’t hurt if passengers did the same.

Check out onboard entertainment 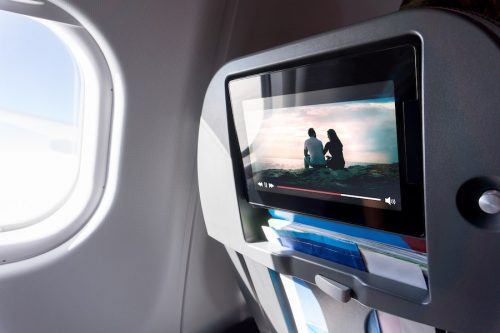 Airplane screen on back of seat/Shutterstock

When it comes to staying entertained on a flight, today’s technology makes it so easy to be self-sufficient. Though it’s tempting to use Netflix offline or binge-watch Game of Thrones again on your laptop, consider turning to the onboard entertainment instead. The advantage is that the crew will interrupt your transmission in the event of an important safety announcement.

Or maybe it’s just your friendly captain announcing a stellar view of the Rockies. 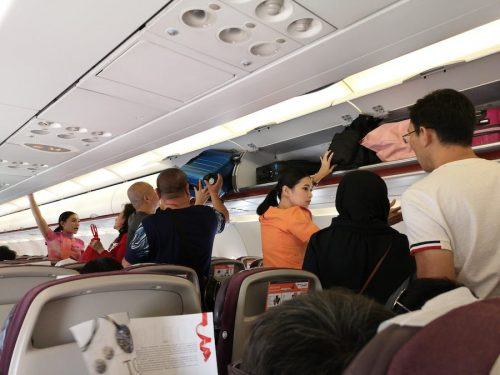 During an emergency evacuation, forget your bag.

Various evacuations have been impeded by efforts to save personal belongings and “the trend is set to increase, as passengers are incentivized by airline baggage policies to take more luggage into the cabin. In addition, travellers tend to be carrying increasingly expensive devices such as laptops, tablets, and cameras,” the Independent reports.

Surely we can all agree that other people’s lives are more important. Rather than futzing around with the overhead storage bin, keep a ‘run kit’ (a small bag with your wallet, passport, cash, and other small essentials) on hand.

Planes and protocols are designed to facilitate complete evacuation in 90 seconds. Do not be the passenger that holds up the line or breaks the slide with their roller bag.

Keep calm and fly on 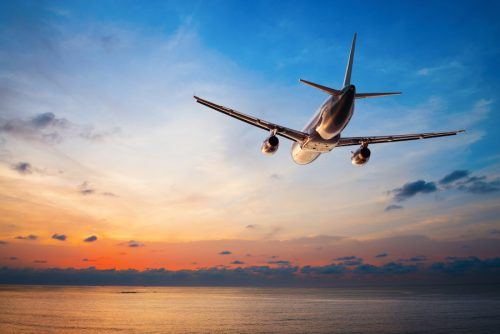 Chances of handling an emergency situation increase when people remain calm. If you’re a nervous flyer, consider taking some of these steps to stay chill:

If you’re on a plane, that means you’re off to an exciting destination or back from a wonderful adventure.

If that doesn’t work, remind yourself that flying remains still one of the safest modes of transport out there. With just a one in 9,821 chance of dying, the probability is on your side.

Be prepared, stay positive, and fly safe everyone!