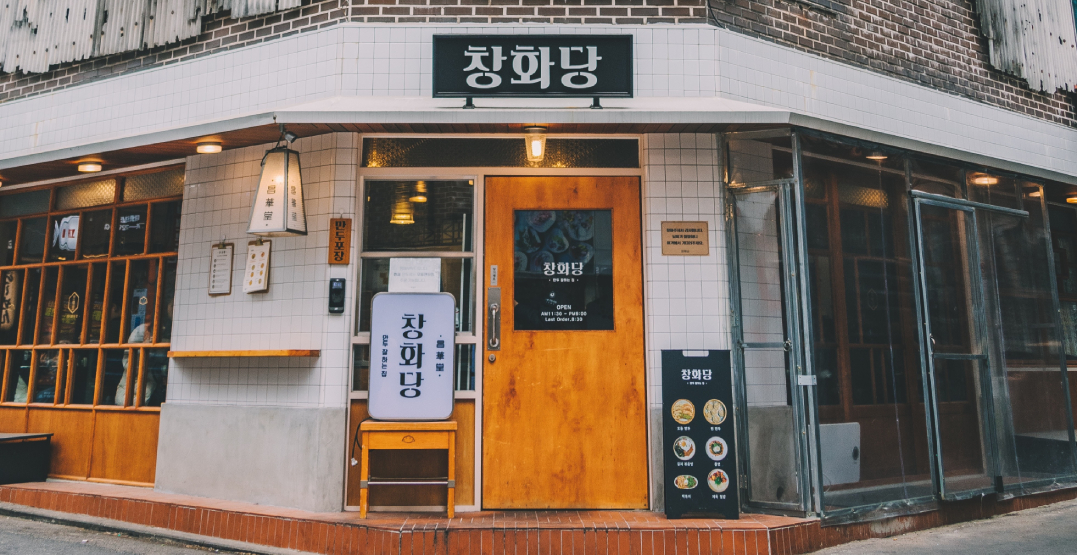 From Oscar-winning film Parasite, to flourishing K-pop bands like BTS and booming K-dramas like Itaewon Class, it would be an understatement to say that South Korean art and culture is taking the world by storm.

This current of cultural influence — referred to as the ‘Korean Wave’ — has been punctuated by the catchy tunes of girl and boy K-pop bands, buzzworthy street fashion and beauty trends, innovative film-making, and soapy K-dramas. The annual Busan International Film Festival (BIFF) is where many of these facets of South Korean culture are showcased and celebrated each fall.

Rightfully so, the eminence of Korean culture has made the high-tech cities and sprawling countryside of South Korea a coveted travel destination. Many of these popular destinations are dotted with local filming locations in cafes and restaurants. In fact, Korean drama lovers can be taken through a guided tour through many of these trendy Seoul spots at an upcoming live stream event on October 7 hosted by Korea Tourism Organization.

For now, to ease the planning of your future Korea travels, we’ve put together a star-studded itinerary of the best foodie spots that have doubled as filming locations in your favourite K-dramas.

Popular K-drama Itaewon Class chronicles the journey of ex-convict Park Sae-ro-yi as he follows in his father’s footsteps and opens a bar in the vibrant Seoul neighbourhood of Itaewon. As such, the nightlife backdrop is crucial to the story and filmed at various locations throughout the city.

Fans will recognize The Finest Lounge from the scene when Jo Yi-seo and Sae-ro-yi share a drunken kiss from the rooftop bar overlooking the city. This trendy spot, in fact, does have a killer view of Mount Namsan and the N Seoul Tower in real life. Since the show aired, the restaurant has even launched an Itaewon Class-inspired menu.

Owned by popular Korean singer Jungyup, this rooftop cafe and restaurant is also one of Itaewon Class’ favourite filming locations. Those who follow the show closely will notice the location serves as a backdrop in a number of episodes.

The restaurant boasts an incredible rooftop view, making the spot a favourite among locals and tourists alike. The first floor houses an Italian restaurant for all your pasta needs, while the second floor and rooftop serve as a swanky cocktail bar.

This cozy brunch spot has a beautiful terrace that’s embellished with tons of fresh flowers. It’s also been the frequent filming location of popular K-drama series like She Was Pretty and Itaewon Class.

Located in the Hongik University area, the restaurant’s natural flair will almost make you forget you’re in one of Seoul’s busiest quarters. The decor shifts seasonally depending on the flowers and greenery in season and becomes winterized in the cooler months.

Pizza with a Korean flair is what’s on the menu at this popular Seoul joint. It’s also acted as a stage for scenes from Hotel del Luna, a series about a supernatural hotel that only caters to ghosts.

Pizza Alvolo’s famous multi-flavoured Gnumeul Pizza was even the focal point of a scene in which romantic duo Jang Man-wol and Koo Chan-sung dine together at the restaurant. You can try one of their intriguing pizza fusions for yourself next time you’re in Seoul.

This famous chain restaurant is known for its array of dumplings and is another Hotel del Luna fan-favourite spot. In the first episode of the widely-watched series, the main character Jang Man-wol takes her friend to her favourite ‘mandu’ (dumpling) restaurant.

Treasured dumpling flavours like fried truffle, shrimp, galbi, and kimchi mandu keep locals and fans coming back for more. With tons of locations scattered around Seoul, it shouldn’t be hard to come across a location to satisfy your dumpling craving.

The pastel-coloured facade of this bustling hotel is hard to miss. It’s also located right next door to Chang Hwa Dang in Seoul’s trendy Ikseon-dong neighbourhood, which means you can drop by Hotel Seine for a cocktail once you’ve filled up on dumplings.

The renovated hotel is another frequent filming location for Hotel del Luna. It was heavily featured as a backdrop in episode 11 of the series when the hotel hosted its first human guests during a lunar eclipse — one of the few instances Hotel del Luna becomes visible to non-ghost entities.

If you’d like to get to know these trendy spots in more depth, check out the video below.

For those curious to get to know the country’s classics, Korea Week 2020 is a real thing. The annual event, hosted by the Korean Consulate in Toronto, is going virtual this October and consists of fun activities, like discovering the stunning Korean palaces of DeokSuGung, JongMyo, ChangDeokGung, and GyeongBokGung. Best of all, all events are totally free to join.