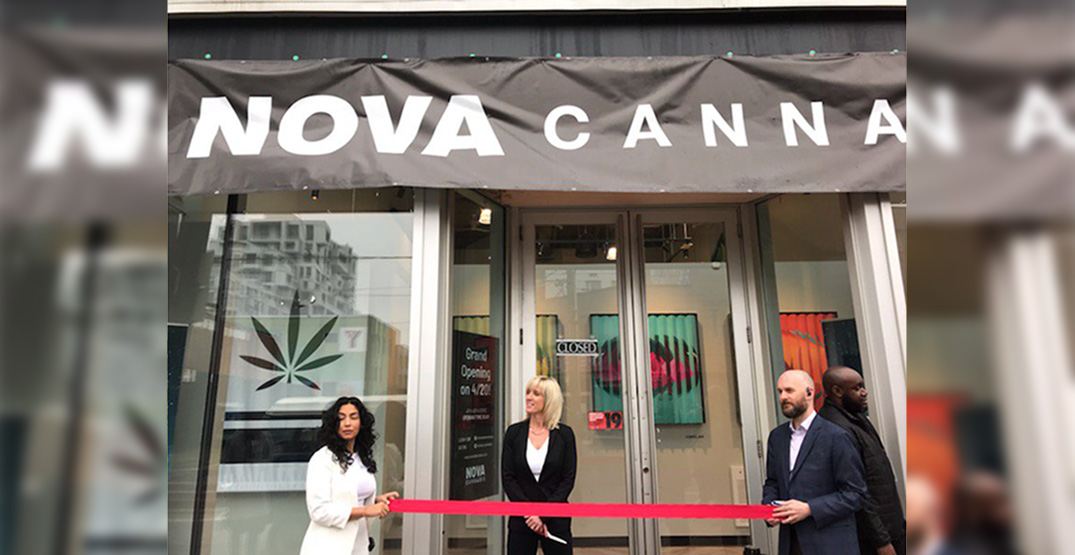 In case the smoke rising over Woodbine park didn’t make it abundantly clear, the cannabis pseudo-holiday 4/20 is upon us. And while many might be purchasing their supplies for the day from the vendors on site at the park, those looking for a little more official option can shop Toronto’s newest cannabis store.

Alberta’s Nova Cannabis is opening the doors on their first Ontario location today, making them the third licensed cannabis store in the city.

“Today is our 420 Grand Opening in Toronto on Queen Street,” the location tweeted out, Saturday morning. “Our doors are finally open! Come down and join the celebration.”

Today is our 420 Grand Opening in Toronto on #Queenstreet. Our doors are finally open! Come down and join the celebration! #Toronto #novacannabisinthecommunity #yyz #420day #420canada #cannabis pic.twitter.com/isTaeMyjCd

Of the other Toronto licensees, two have yet to open.

Local cannabis fixture, Tokyo Smoke will be lending their name to the former location of the HMV flagship location at 333 Young Street, and the most recent application for a Toronto Canna Cabana location, has been submitted to the AGCO to set up shop at 435(B) Yonge St., near College Station, have both finished in their period of public notice.

Tokyo Smoke has been issued a retail operator licence, though Canna Cabana continues to wait.

When Doug Ford was elected premier over incumbent Kathleen Wynne, he followed through on his campaign promise to move the province away from a publicly owned chain of cannabis stores to a private retail model.