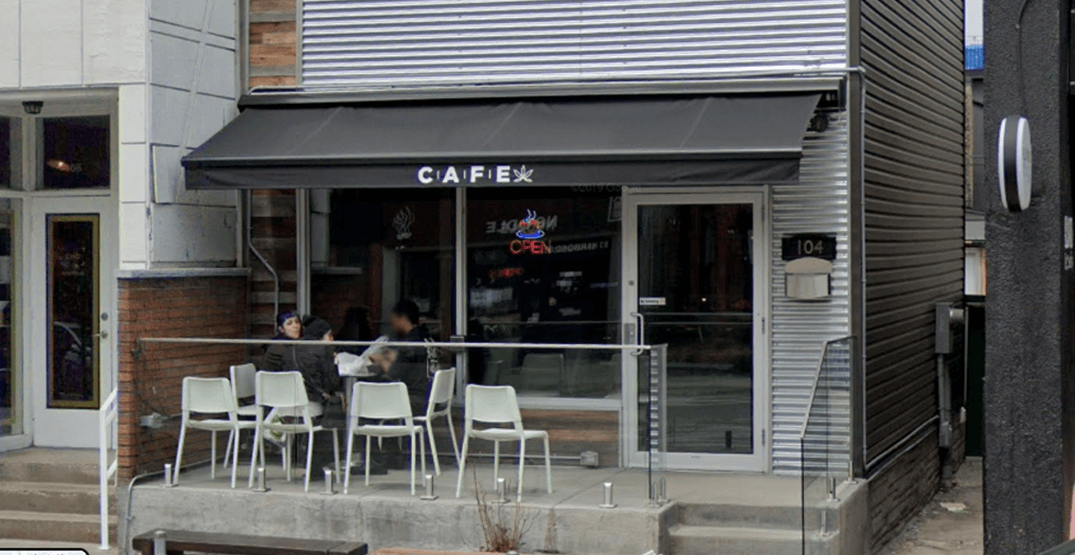 On Wednesday, the Alcohol and Gaming Commission of Ontario released the 42 winners of Ontario’s second cannabis retail licence lottery. Like before, the list is a smattering of unknown names and Ontario business numbers.

But unlike before, one of the proposed addresses is recognizable to those following cannabis in Toronto.

An unnamed company, registered as 11180673 Canada Inc, has won a licence for 104 Harbord Street, one of four locations associated with the local CAFE chain of dispensaries.

CAFE has gained notoriety in the city as they have continued to operate without a retail licence from the province. They have been the subject of multiple police raids, closed off with large concrete bricks, and even, according to some, used a now-closed tenancy loophole to force the city to keep access to the business open.

Police have arrested individuals using point of sale machines, allegedly selling cannabis outside the businesses shuttered locations, and Grow has confirmed CAFE continues to run a delivery service within the city.

If there is a connection between the lottery winning business and CAFE, it is not known at this time.

According to federalcorperation.ca — a site that tracks business registrations across the country — 11180673 Canada Inc was registered on January 7, 2019, to a residential address in Hamilton. The only name listed as the company’s director is Robert Heydon, reportedly at the same address.

A representative of the AGCO told Grow in a statement that the lottery winners have been notified and they must now apply for a cannabis Retail Operator Licence (ROL) and a Retail Store Authorization (RSA). Applicants have until August 28, 2019, to do so, at which point the AGCO will undertake its full eligibility and licensing review.

“As part of the eligibility assessment, the AGCO will conduct police and background checks on applicants, and persons interested in the applicant, as needed, to determine eligibility for the issuance of the licence,” said the statement. “The AGCO will only licence applicants and authorize stores that meet all legal and regulatory requirements.”

According to the Cannabis Licence Act, 2018, a candidate can be disqualified for a number of reasons, including:

Grow has reached out for comment to CAFE and 11180673 Canada Inc for comment and will update accordingly.