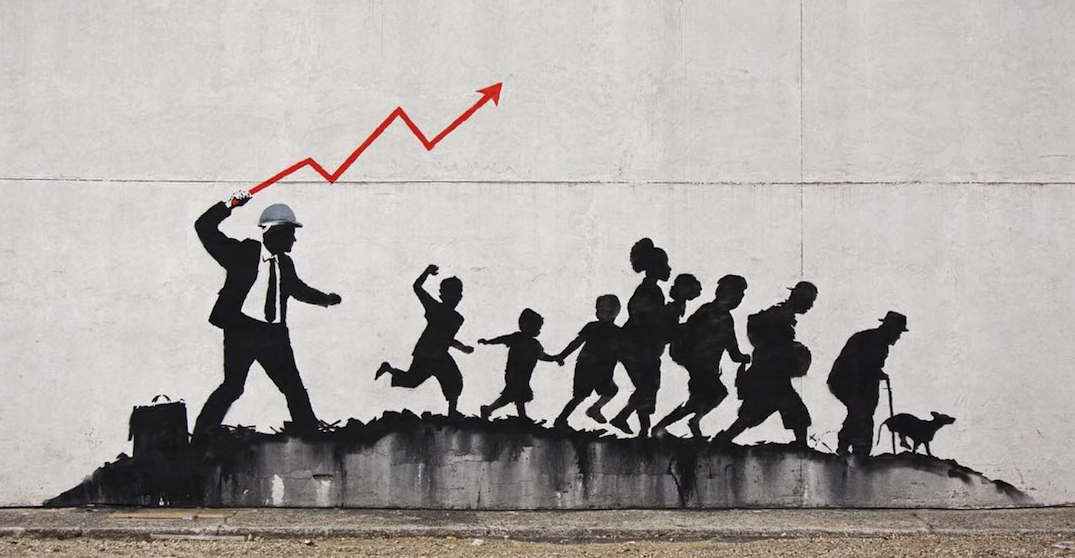 One owner of a Tokyo Smoke in Toronto is flexing a little artistic muscle to try and bring customers to his shop, and that includes featuring pieces from an interesting selection of “disruptive artists.”

Featuring the work of Banksy, Kaws, Pure Evil, and Andy Warhol, the collection will be displayed as part of a permanent exhibition at the 21 Bloor Street East Tokyo Smoke location starting this week.

“The work of Banksy, the British street artist, known for his mystery, subversive subject matter, and civil disobedience is finding a new home in a Toronto cannabis store,” reads a release. “Featuring some of the artist’s most celebrated works, as well as some never-before-seen in Canada.”

The works are from store owner Rob Heydon’s private art collection. Heydon is a Canadian film producer, having worked on such films as O.G., starring Jeffrey Wright and, most recently, Things I Do for Money.

“In these strange times, it felt fitting to allow customers to browse, shop and learn about cannabis while enjoying some art while waiting patiently as we practise social distancing,” Heydon said in the release.

Heydon was one of the winners of the Alcohol and Gaming Commission of Toronto’s cannabis retail licence lottery in August 2019.

“Members of the public should be aware there has been a recent spate of Banksy exhibitions none of which are consensual,” reads a section of his website. “They‘ve been organized entirely without the artist’s knowledge or involvement. Please treat them accordingly.”

What works will be on display by each artist has not been released at this time.