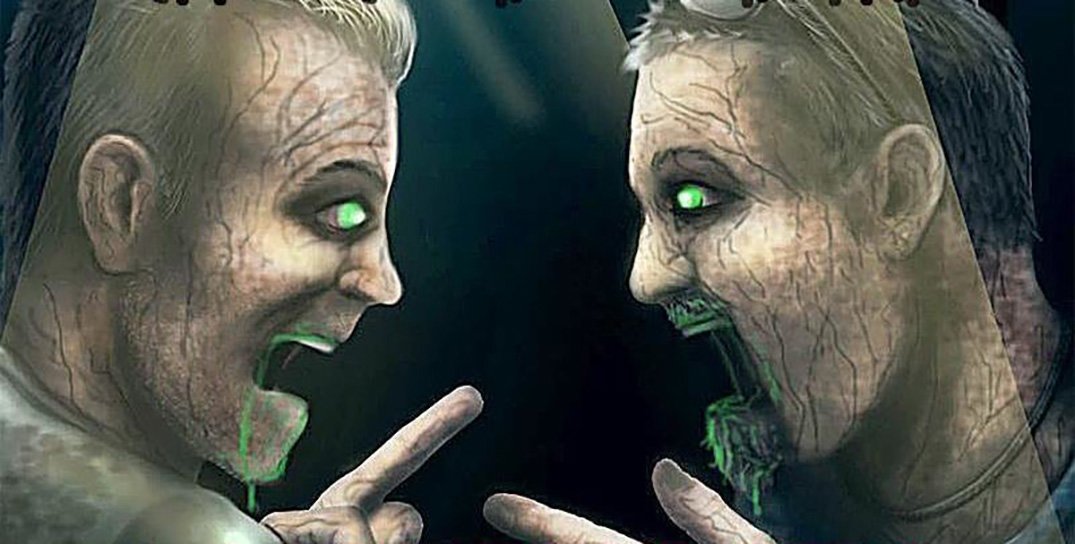 It’s a classic tale of “David’s not here, man” vs Goliath, as AMC and the creator of The Walking Dead are battling an indie cannabis comic over the use of a name they say is confusing.

The Toking Dead is a small self-published comic based around the premise that (spoiler alert) weed is the potential cure for a zombie’s hunger for flesh — having them prefer snacks to brains.

The brainchild of Jeff Homan and Benjamin Bartlett, the goal of the comic was to generate a funny and irreverent work that could also fight stigma and promote discussions around the benefits of cannabis.

“The comic is an accident, as a lot of funny things are,” Homan told Grow during a phone interview. What began as an idea for a T-shirt bloomed into a 45-page story and was finally transformed into a comic in 2017, when the creators filed for a trademark on the name.

What they received was a pair of cease-and-desist letters from AMC, claiming the name of the comic too closely resembled The Walking Dead.

“Use of THE TOKING DEAD mark — which is substantially similar to THE WALKING DEAD — in connection with such services is likely to cause confusion and create the false appearance of authorization by AMC, and constitutes trademark infringement,” reads the letter from AMC, provided to Grow by Homan.

The letter also threatened legal action, saying they could claim up to three times the amount of the “damages” as well as attorney costs. Demands included Bartlett and Homan immediately refraining from the use of the title on all products and websites.

“We have spent considerable time and effort developing our concept and plan to move forward with it aggressively in the near future,” the duo responded in a letter. “We do appreciate the sheer hubris of your request to ask us to abandon everything we have worked very hard to develop and will not respond to future correspondence requesting us to do so.”

The trademark was ultimately issued, but the story doesn’t end there.

Almost a year later, Robert Kirkman LLC, a company named after The Walking Dead‘s creator, filed an opposition to the mark.

A phone call to the company’s legal representation was not returned by time of publication, but documents filed with the Trademark Trial and Appeal Board Inquiry System state that the issue Robert Kirkman LLC had with the new brand was that Toking Dead merchandise appeared to be authorized as official, something the tokers have denied, stating in filed documents that the logos are distinctively different. 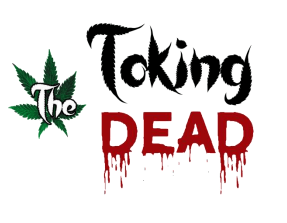 The case is still ongoing, with the latest filings online consisting of testimony laying out the methodology and results of market research survey conducted on behalf of Robert Kirkman, LLC. Out of a qualified 610 participants, “17.4% of respondents in the Test Group answered that they believed that… The Toking Dead mark came from the same source as goods and services offered under The Walking Dead.”

Homan dismisses the findings, though, having even started a petition for supporters to say they don’t feel there is an association between the two. At time of writing it has 357 signatories.

“Nobody’s confused, our logo has a big pot leaf on it,” said Homan. They [were] grasping at straws.”