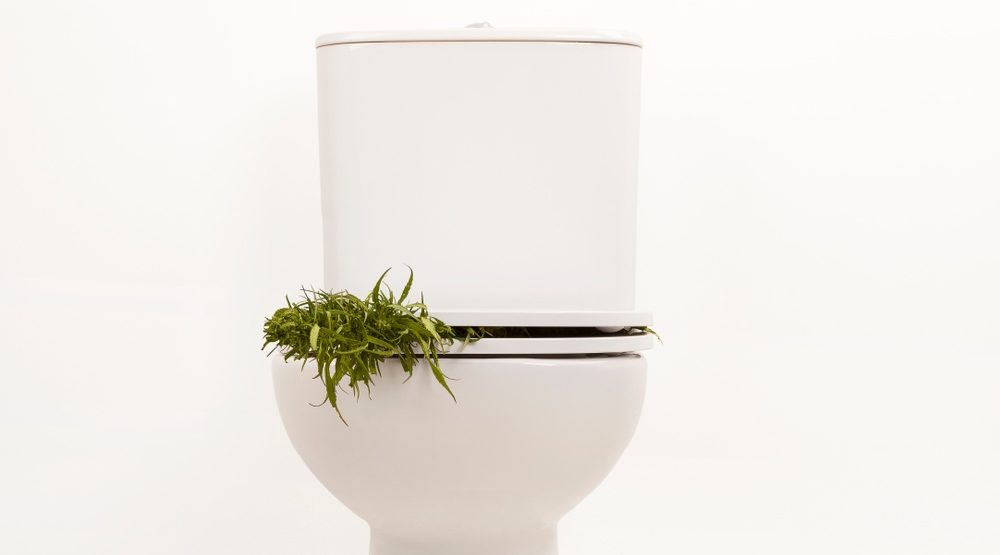 In case you didn’t know, the government has spent the past year testing all the waste flushed down the toilet in major Canadian cities for drugs — and the results are in.

As part of a 12-month-long pilot project, Statistics Canada has been collecting wastewater samples from Halifax, Montreal, Toronto, Edmonton, and Vancouver in order to better understand cannabis and drug use of the 8.4 million residents living in these sample areas (that’s roughly 20% of the population).

Interestingly, Montreal and Halifax were found to possess the highest levels of cannabis use by a wide margin. This is determined by testing for THC-COOH, the byproduct created by the body after consuming cannabis containing THC. Cannabis consumption was estimated at 84 tonnes across all of the test sites during the 12-month period.

“Montreal and Halifax reported loads 2.5 to 3.8 times higher than Vancouver, Toronto, and Edmonton,” StatsCan wrote in their summary of the findings. “The average load of THC-COOH found in the wastewater for all sites combined was 450 grams per million people per week, but there were significant differences across the cities.”

According to StatsCan, the reason for doing this is to better understand widespread drug use within Canada’s major urban centres. This picture — painted in shades it’s not worth discussing — will also allow the agency to understand societal drug use relating to specific substances while giving another metric to understand the size of the underground drug market.

The study also tested for other drugs using different chemical markers left in the waste. Finding that there were higher instances of methamphetamine in Vancouver and Edmonton, it was also noted that levels of the same drug were “extremely low” in samples tested from Halifax.

The body of the report also notes that there were spikes of THC-COOH in May, June, and December 2018. StatsCan says it is uncertain whether these spikes are due to variations in wastewater flow rates, short-term changes in number of people consuming, the amount
consumed, or factors related to the sampling. Finding precision estimates are a difficult task with this type of testing, especially when it comes to cannabis.

“The precision of the estimate is affected by uncertainty in the percentage of THC-COOH excreted in urine and feces after consuming cannabis,” says the study’s findings.

“Further research to refine the excretion rate of THC and some other drugs is required to improve the quality of wastewater-based estimates of drug use.”

StatsCan also notes that the estimates produced for cocaine and methamphetamine are significantly more precise than those for cannabis. Due to the legal status of these substances, consumption is expected to be underreported. Ultimately, the total consumption was estimated at 370 kg for cocaine and at 310 kg for methamphetamine across the test sites.

The completion of the study marks what StatsCan called the “first large-scale wastewater-based estimates of cannabis, methamphetamine, and cocaine consumption in Canada.”