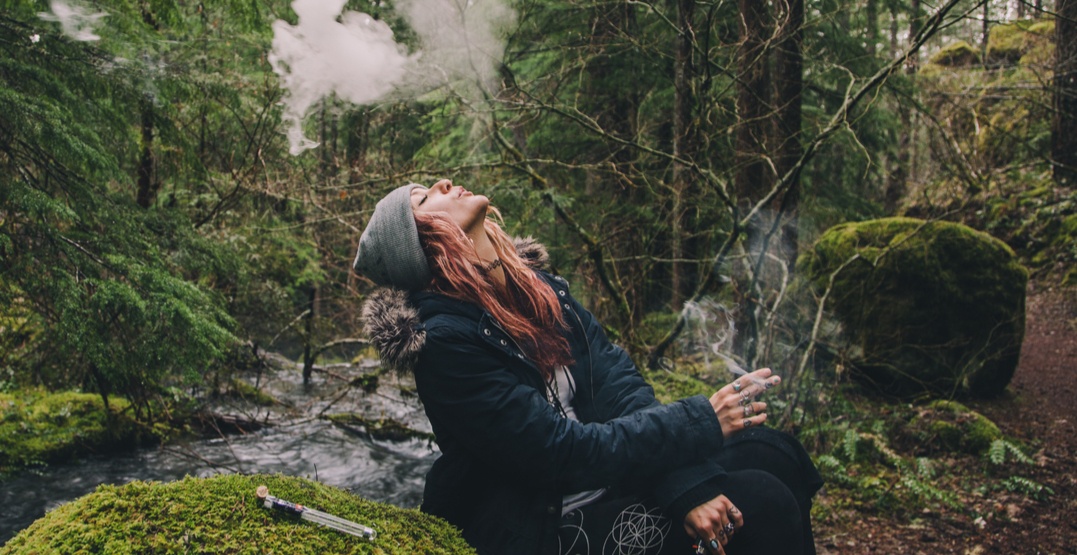 Cannabis hasn’t been legalized quite yet in Canada, but that’s apparently not stopping a good portion of the country from lighting up.

Statistics Canada released its first National Cannabis Survey (NCS) report, pulling from data sent in by Canadians to gauge the frequency of usage in the country.

“The main objective of the NCS was to focus on the level of cannabis use in the past three months, and the likelihood that respondents may change their behaviour if the use of cannabis for non-medical purposes is legalized in 2018,” the report states.

According to the results, Stats Canada found that 14% of Canadian respondents have used cannabis in one way or another within the past three months.

Notoriously green BC was slightly above the average at an estimated 17% of the province’s population, and Alberta, Manitoba, and Newfoundland and Labrador all saw similar percentages. 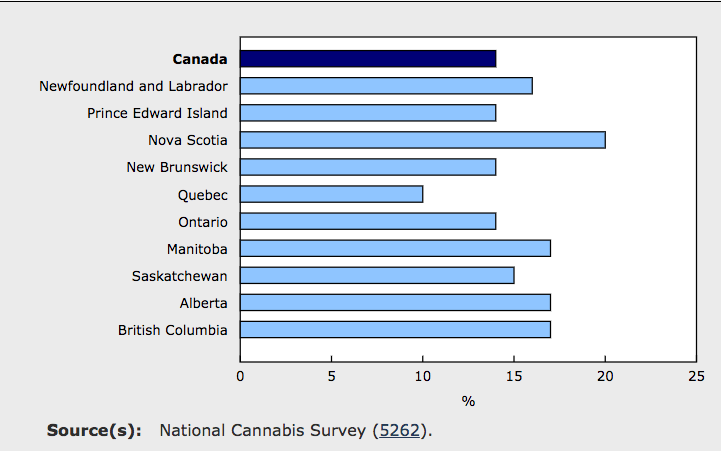 Cannabis use in the past three months, by province (Statistics Canada)

It was the province of Nova Scotia that took top spot for weed usage, with an estimated 20% of Nova Scotians having smoked, eaten, or otherwise consumed a cannabis product sometime between now and January.

The survey also found that the number of cannabis users with a valid license who admitted to driving within two hours of using the drug was at a dangerous 14%, and that number went all the way up to 23% when looking at drivers who were daily or weekly users.

Millennials seem to be the biggest fans of the drug, as the survey found that 25% of respondents aged between 25 and 34 have consumed cannabis at least once in the past three months. 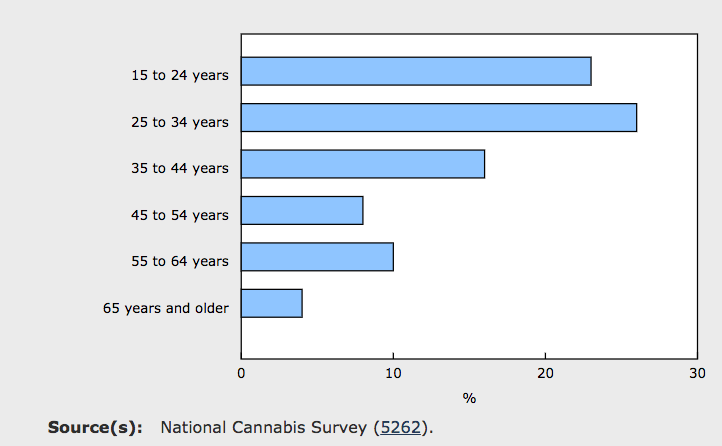 Cannabis users in the past three months, by age group (Statistics Canada)

At one in every four people in the age range, millennial’s usage is largely contrasted by the equivalent percentage from those 65+, which was found to be just 4%.

Federal legalization is expected to come to Canada this summer, and with it an apparent shift in where Canadians get their cannabis from. 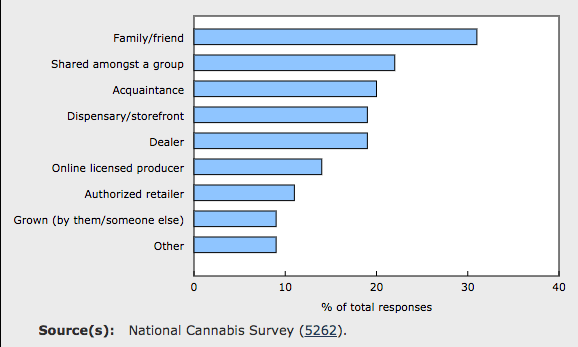 50% of cannabis-using respondents stated that they may purchase from another source once legalization is in effect, which makes sense given that the survey also found that 31% of users got the drug from a family member or friend.

Only 19% stated that they received their cannabis from a dispensary or storefront, and only 14% got it from a licensed online producer.

Statistics Canada plans to release an update to their National Cannabis Survey every three months, and expects a future report on social factors effecting usage to be released in May of this year.