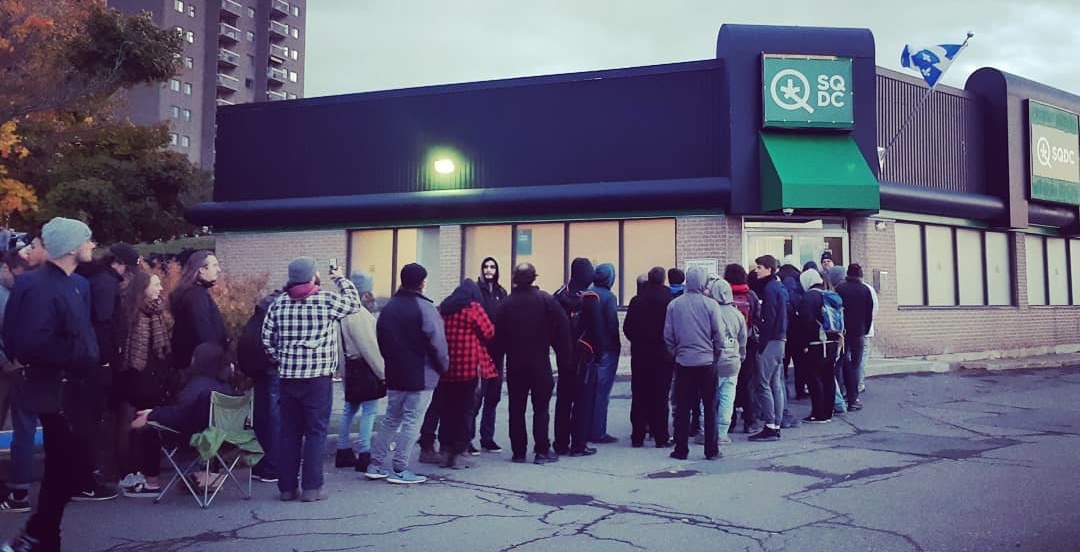 As recreational cannabis became legal across the country, the SQDC (Société québécoise du cannabis) dealt with non-stop lineups and an influx of online purchases.

According to figures compiled by the province’s government-run cannabis stores, more than 42,000 orders for cannabis were processed on Wednesday alone.

Those numbers consist of more than 12,500 in-store transactions and 30,000 online purchases.

In the statement issued on Thursday, the store noted that the customer’s desire exceeded the store’s expectations but promised they’re ready for more sales. They also claimed that due to the demand, they’ve been experiencing a lack of inventory.

“Specifically for online purchases, we expect a lack of important products including oils, sprays, gels and pre-rolled joints, said the government retailer, on their website (translated from French).

On Wednesday evening, security guards were put in place at the Ste. Catherine outlet at 6 pm as a precaution.

As of late afternoon Thursday, hundreds of people continued to wait outside the city’s three SQDC outlets, waiting to buy marijuana legally. The SQDC claims they will continue to monitor customer turnout to determine if they need to increase staffing and space even though a fourth branch is expected to open in Montreal in the coming weeks.

All SQDCs are currently open from 10 am to 9 pm.