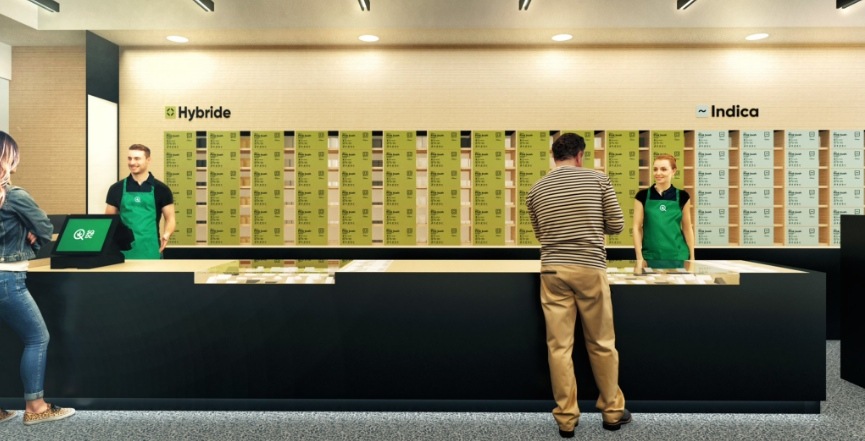 The Société québecoise du cannabis (SQDC) has announced the locations of three dispensaries to be opened in Montreal once legalization comes into force on October 17.

The first SQDC retail outlet will be at 970 Ste-Catherine Street W, between Metcalfe and Mansfield in the heart of downtown. The location is close to shopping hubs like the Cours Mont-Royal and the Eaton Centre, and minutes from McGill University (which happens to have one of the most restrictive cannabis policies of any post-secondary institution in the country). The store will be easily accessible by public transit via either McGill-College or Peel metro stations.

830 Ste-Catherine Street E between St-Hubert and St-Andre Streets, at the entrance to the Berri-UQAM metro station where downtown meets the Gay Village. Neighbours will include a grocery store, an SAQ location, the always-busy Parc Emilie-Gamelin, and the Université de Québec à Montréal campus.

Both outlets are in areas that are heavily populated by tourists and a short walk from the festival grounds at Place-des-Arts, which host attractions such as the Jazz and Just For Laughs Festivals (among others).

The third outlet will be located at 9250 L’Acadie Boulevard, in the Ahuntsic-Cartierville area, near a medical clinic and several offices.

They SQDC has also announced that it will open stores in Mascouche, a Montreal suburb, and Joliette, a nearby city about 50 km away from Montreal.