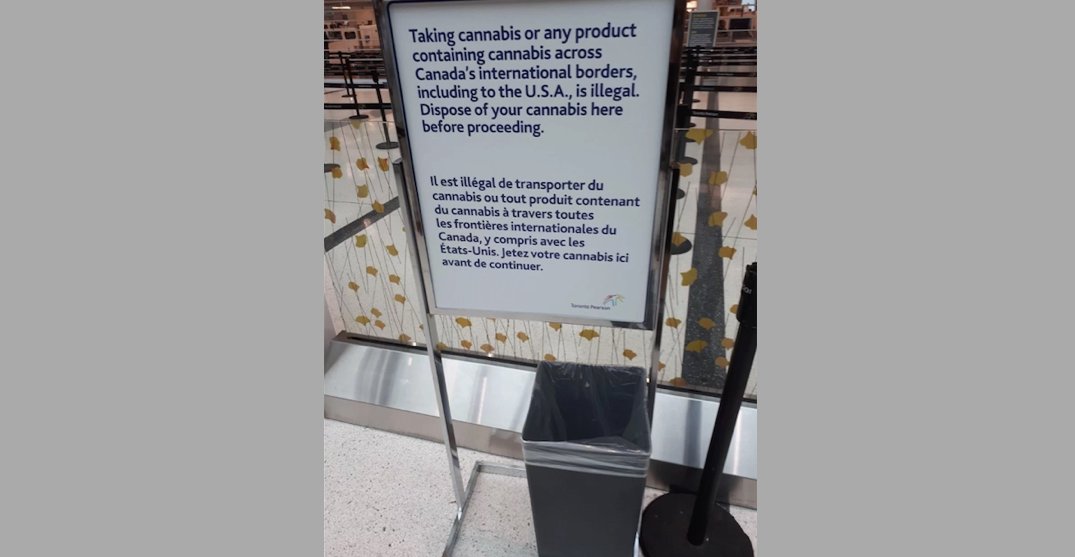 With cannabis being officially legal in Canada, Canadians are literally going to be flying high.

As of last week, Canadians were legally permitted to have 30 grams of cannabis in either their carry on or checked bag if they’re flying domestically.

To ensure travellers are within the legal limit and to prevent them from bringing weed onto international flights, Canadian airports are installing disposal bins where travellers can get rid of any weed prior to travelling.

At the Halifax Stanfield Airport, large green bins are located at security screening checkpoints and feature where passengers can dispose of their legal weed before boarding their plane. Those look like this: 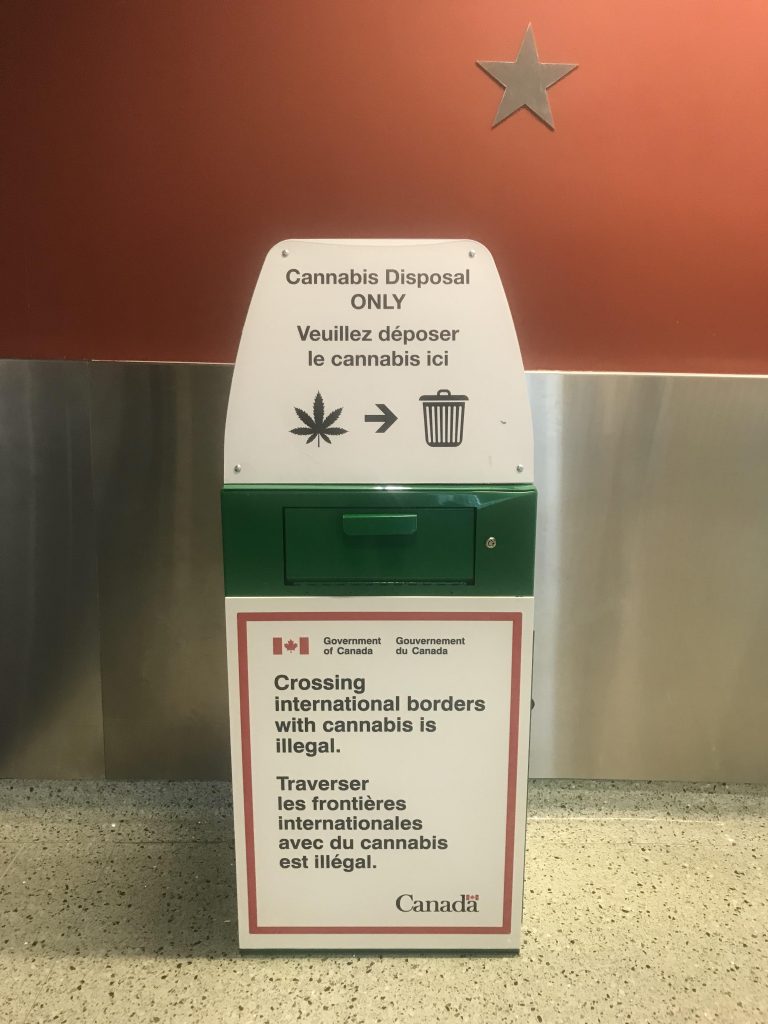 But at Toronto Pearson Airport, ours looks a little different.

And by that, we mean it is just a glorified garbage bin.

Redditor SalishSailor pointed out the new bins at Toronto’s largest airport, in a post that was labelled “Pearson International installed a ‘free weed’ bin.”

According to a Pearson Airport spokesperson, the designated “monitored” cannabis disposal areas have been at security checkpoint entrances since October 17, which was legalization day.

“Temporary measures have been in place while we identify the best permanent solution that meets Toronto Pearson’s requirements. The new cannabis disposal containers will be securely closed to allow deposits into them, with nothing taken out. These containers will continue to be monitored,” they said.

So while it may look like it’s an amazing free-for-all weed bin, Toronto’s weed disposal system will be monitored at the airport.

As for where the cannabis goes, “anything that passengers put in the containers is picked up and disposed of by a third-party service.”