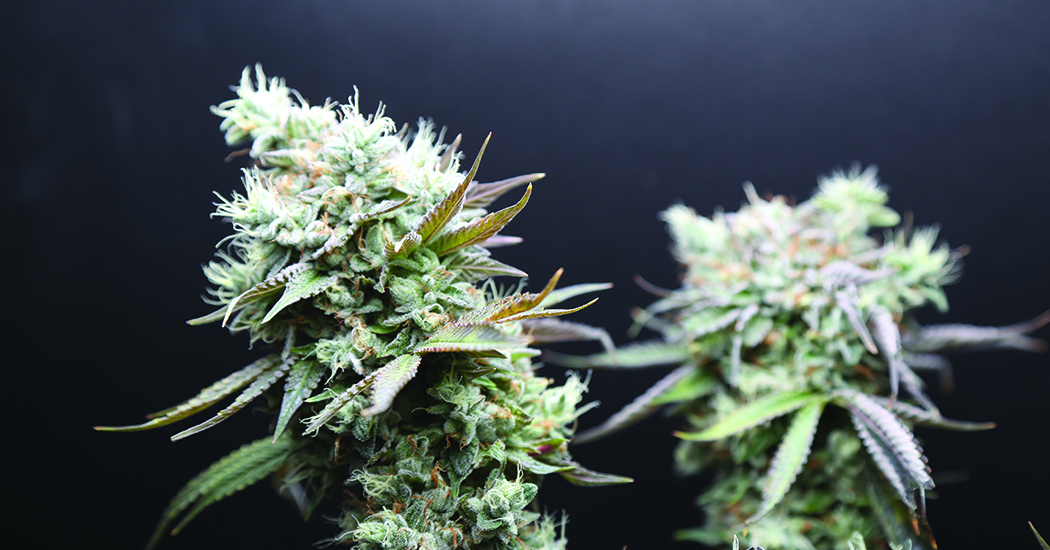 Corey Herscu is the CEO and founder of the RNMKR Agency. A cannabis-focused PR company based out of Toronto.

While going through much of my young adult life pretending to be happy, behind closed doors I was a ball of insecurity, thinking that everyone was out to get me.

I thought that being negative was acceptable. Cannabis change that.

Although I grew up in a loving home, my very reserved eastern European father taught me to be wary of everyone. That wariness turned into paranoia which triggered my anxiety. And while I consumed cannabis in high school, alongside other curious teens, limited understanding of cultivars and dosage managed to exacerbate that anxiety and paranoia.

Years later, while selling furniture from my old office, someone offered to trade for a vape pen instead of cash. I obliged and giving the vape pen a try and it made me feel like a new person.

After taking prescription medications for years to treat ADHD, I now believe they were detrimental to my anxiety disorder.

As an experiment, I went off my traditional medication for a few days while using the vape pen and started feeling better — even getting along with people. Prior to this moment, I walked around with a ball of anxiety in my chest because I couldn’t trust anybody and felt like anyone and everyone were out to get me.

It was destroying my business, people didn’t want to work with me, and it was hurting my marriage.

The re-introduction of cannabis into my life led to feeling focused, positive, and happy. I was liberated. My colleagues started calling me Corey 2.0.

Speaking with my doctor about my therapeutic cannabis use and he agreed to give me a medical recommendation.

At the time, I was so overjoyed by the “new me” that I became brazen about my consumption and wanted everyone to know that I had found an improved life with cannabis.

At the time, my career as a publicist focused on tech, but my personal experience catapulted me into the industry, as I knew there was a need and opportunity to represent cannabis in the mainstream.

Patients are leading the way

When I’m medicating with cannabis, my anxiety isn’t triggered. I’m able to focus and function. I truly believe that cannabis gave me my life back.

“We found that anxiety is one of the most prominent conditions that people use cannabis for,” said Dr. Zach Walsh in an interview for NOW. Dr. Walsh is an Associate Professor in the UBC Department of Psychology whose research focuses on therapeutic, recreational, and problematic substance use.

“Patients are leading the way when it comes to cannabis,” said Dr. Walsh, noting more clinical trials are necessary to bring cannabis to the same gold standard as other medications.

Dr. Walsh said that he would like to see studies on the comparative efficacy of cannabis versus benzodiazepines and opioids.

“Often you don’t just have psychological or psychiatric diagnosis but you might also have concurrent chronic pain,” said Dr. Walsh. “We know that anxiety makes chronic pain worse and then chronic pain and associated health concerns can exacerbate anxiety and then you get this vicious circle. I think it’s interesting to see the potential of cannabis to address both anxiety and pain together particularly when we have the opioid crisis that we’re seeing now.”

My experience with cannabis has been life-changing, and while there is a lot of anecdotal evidence to support the use of cannabis for a variety of ailments, we need to engage with the medical and academic communities to develop a better understanding of cannabis as a viable treatment option.

“Cannabis and mental health is a complicated topic,” said Dr. Jenna Valleriani, a postdoc at the British Columbia Centre on Substance Use.

“A lot of healthcare professionals that aren’t experienced with cannabis believe that cannabis exacerbates anxiety.”

Cannabis is biphasic, meaning it can have different effects at different doses. It’s also important to note that it isn’t the right treatment for everyone — nor every ailment.

Many physicians are reluctant to recommend cannabis due to a lack of clinical trials and that lack of information is doing a disservice to patients.

“You have a whole bunch of people who are medicating with cannabis without physician support and it’s important to have that involvement so patients can understand contraindications with other medications,” said Dr. Valleriani.

There are also potential risks associated with cannabis use and people with a personal or family history of psychiatric disorders, although some evidence suggests that CBD may have antipsychotic properties.

Emerging from nearly a century of prohibition, researchers have been stifled in their ability to properly study the plant.

Furthermore, prohibition-era studies have often been framed in a way that examines cannabis as a predictor of an outcome without looking at it from the opposite perspective.

When looking at the relationship between cannabis and mental health, “there hasn’t been a lot of space for looking from the direction of a mental health ailment before cannabis use,” said Kira London-Nadeau, a master’s student at the University of Montreal focusing on cannabis use and its relation to anxiety and depression in LBG teens.

“It’s essentially an ideological decision or following the status quo.”

According to London-Nadeau, a lot of the available research looks at one-directional predictive relationships leading to studies with different conclusions that factor in the same variables.

London-Nadeau also noted that there are intersectional factors to consider when looking at cannabis and mental health.

For example, “there are still aspects of cannabis that are intertwined with the law that can contribute to anxiety with use,” said London-Nadeau.

The progress of the legalization of cannabis for medical use around the world is leading to new research and findings that will hopefully provide the medical community with the confidence to view cannabis as a legitimate medication.

“As we move forward, and hopefully remove the excise tax from the medical program and see wider cost coverage under insurance plans then getting doctor support becomes more important,” said Dr. Valleriani.

“This isn’t a fringe thing,” said Dr. Walsh. “We want to find out what the best medication is and at least honour people’s options.”