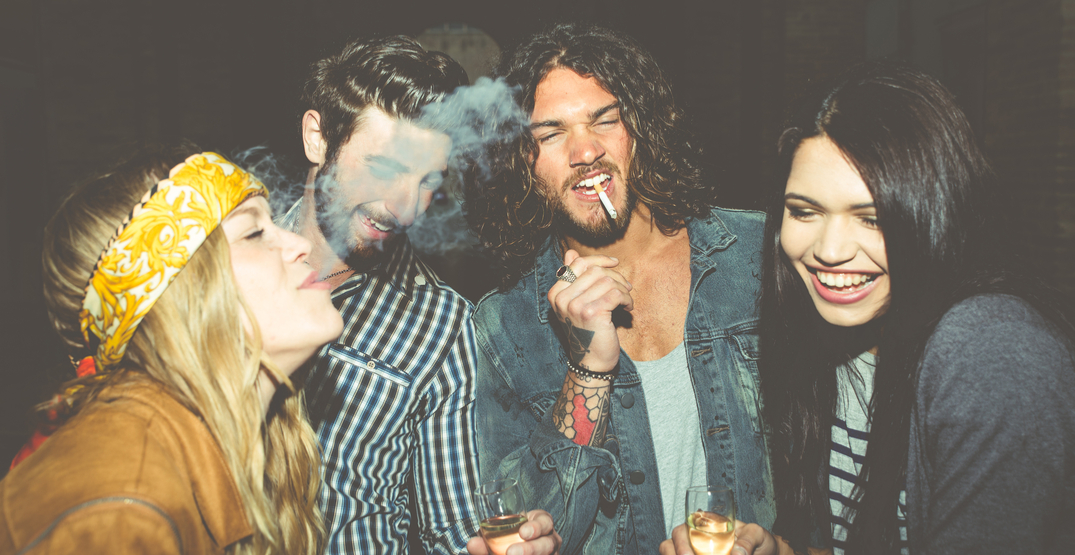 Newfangled fears hang heavily over the recently legal cannabis scene. They include ‘driving high,’ ‘working high,’ and in BC, ‘public intoxication,’ an offence created by the Province’s recent cannabis legislation.

The fears have a common source: their purveyors confuse being high with being drunk, or if not drunk exactly, then being out of control.

For nearly 60 years, cannabis has been North America’s most popular illicit drug.

Critics of the counterculture in the 1960s and 70s styled its fans as unambitious, dangerous, and naive. But while members of that culture were renowned for their cross-country trips in Volkswagens, and International Harvester buses – now the stuff of legend – no critics questioned their ability to drive, or to work.

Nor are there statistics to tell us that they should have questioned it. Of course, some of the 60s weed wasn’t as potent as contemporary cultivars. But the hashish was, and that was plentiful.

Fast forward to 2001, and medical cannabis is legal in Canada. By 2016, there are over 300,000 legal consumers, and maybe ten times that many customers visiting the country’s 300 plus dispensaries.

Now the potency is up to date. But search media reports for that time period, and you will find no evidence of handwringing overwork or road safety, and no reports on a spike in accident rates. Yet on the eve of legalization, entire Canadian workforces — Air Canada, West Jet, police forces in Calgary and Edmonton, the RCMP, and counting — are banned from toking, even on days off; and new road signs and TV ads shriek, “Don’t Drive High!”

Some Perspective on Language

It doesn’t help that ‘stoned’ has been a synonym for ‘drunk,’ or that, for an older generation, ‘high as a kite’ has meant ‘over-drugged.’

Far more problematic, though, are the absences in our vocabulary, blank spots that, if filled in, might help us to make sense of a world with legal cannabis. When we drink a glass of chardonnay, a Guinness, or a shot of Jack Daniels, we experience a mild, pleasant, altered state of mind.

What do we call that state? Nothing. We have no name for it.

Flip through the pages of glossy wine magazines, or check out the booze ads. You will learn about smoothness, flavour, and bouquet, and nothing more. The same applies to artsy publications on espresso and fine cigars. Unmentioned is unacknowledged.

In theory, these are not drugs, and we do not take them to get high. That’s what we tell ourselves, or rather, don’t tell ourselves, as there are no words. Well, no harm done, until we legalize a drug whose fans have never engaged in such pretense.

Some Context On Being Out of Control

There are few pleasures, or even conveniences, that do not result in out of control behaviour.

Some people overuse credit cards, driving themselves into insolvency. Others do the same with whiskey. Some get behind the steering wheel of a car and run amok, crashing their way to an early death, killing fellow citizens along the way.

Were we about to legalize credit cards, alcohol, or driving, we’d have institutions vowing never to hire participants, and municipalities ready to ban them. They’d have good reason.

The odd fact about cannabis consumers, though, is that they do not have a history of dangerous behavior, unless you count risking arrest. Public cannabis intoxication is now a criminal offense in BC. But so far as past experience tells us, it is an offense with no discernible features.

Too much cannabis is truly disagreeable; no one is tempted to repeat the experience.

Just enough enhances awareness, and attention to detail, and in the right setting, can induce feelings of peace, and reverence for beauty. This state is radically different from drunkenness; indeed, the contrast would be hard to exaggerate.

Perhaps, as cannabis becomes more widely accepted, we will begin to develop an accurate, nuanced vocabulary for being high. Then again, maybe we will just cease calling cannabis a drug, and as with wine, start discussing it solely in terms of smoothness, flavor, and fragrance. The latter seems more our style.