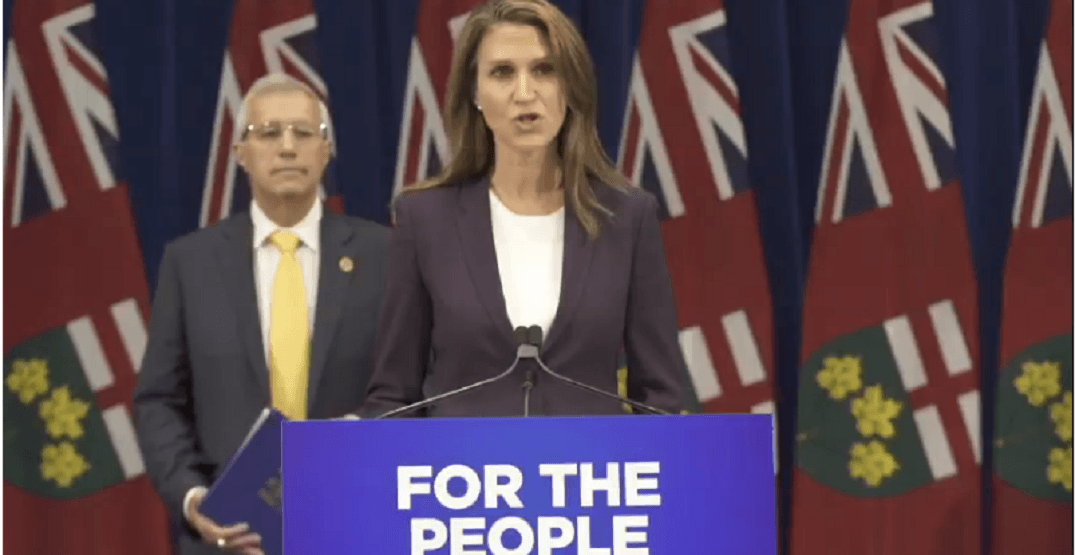 “As the federal government’s legalization of cannabis approaches, our government is determined to impose a strict licensing regime that will protect young people and effectively combat the criminal market,” said Mulroney.

The proposed legislation would authorize the Alcohol and Gaming Commission of Ontario (AGCO) to grant store licences, enforce compliance, and revoke licences from stores that fail to comply with the conditions set by the province.

As of October 17, residents will only be able to purchase legal recreational cannabis online through the government-run Ontario Cannabis Store (OCS).

The OCS will also be the exclusive wholesaler and distributor to private retail stores.

Brick-and-mortar retail is expected by April 2019, although municipalities will have until January 22 to opt-out of private retail.

Smoking cannabis and vaping will fall under the Ontario Smoke-Free Act. Penalties start at a $1000 fine for a first offence and go up to $5000 for subsequent offences.

More information regarding the legislation is expected tomorrow.