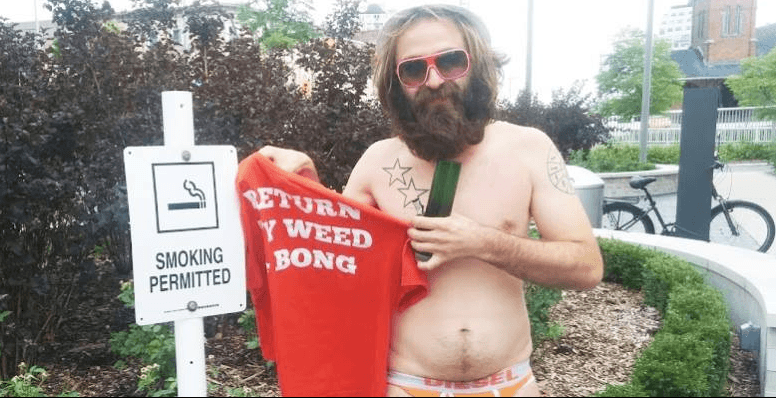 A man from Cambridge, Ontario will be filing suit against the Waterloo Regional Police for malicious prosecution in a drug possession case that saw him protest for — and obtain — the return of his bong and weed.

Jeffery Shaver is a medical marijuana user who, quite literally, made headlines around the world last year when he protested outside a Kitchener, Ontario courthouse by smoking his prescribed weed in a thong bathing suit.

The protest was in response to two incidents when the Waterloo Regional Police arrested Shaver and seized his cannabis and bong, despite having valid medical documentation. 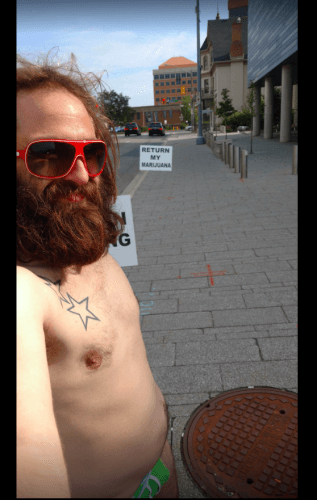 “Originally I was being charged for trespassing and causing a disturbance at the hospital and being asked to leave,” said Shaver over the phone to Daily Hive. “I had marijuana on me.”

Shaver was searched, and his cannabis taken.

“I’m a licensed medical marijuana user. I had the proper documentation on me, I presented that documentation but the officers refused it.

“They said I needed a form from Health Canada that hasn’t existed since 2014.”

After having his prescribed medicine confiscated, Shaver says he attempted to talk to police but was “shooed out of the station.”

He returned the next day and smoked weed out of a bong on the sidewalk outside of the police station. He was arrested again, this time kept in custody for what he says was 18-hours.

“I’ve already made a complaint to the Human’s Rights Tribunal earlier in the year,” says Shaver. “I’ve filed a lawsuit for malicious prosecution and unlawful arrest, in regards to that arrest, particularly the second incident in October 22, 2016, where I was held overnight for 18 hours without access to a lawyer, no access to food with my particular allergies.”

Shaver says he is representing himself in court.

The 32-year-old is an electrician’s apprentice, however, he recently ran as a representative for Cambridge for the regional council of Waterloo, on a platform focused on transit and access to addiction and mental health services. 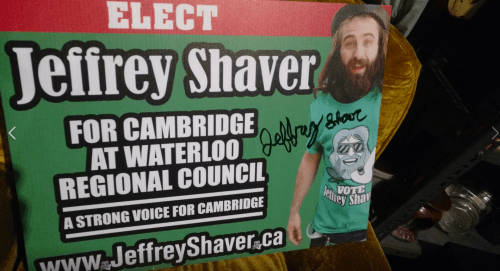 Grow contacted the Ontario Attorney General’s office, but was unable to confirm if the suit had been filed at time of publication.