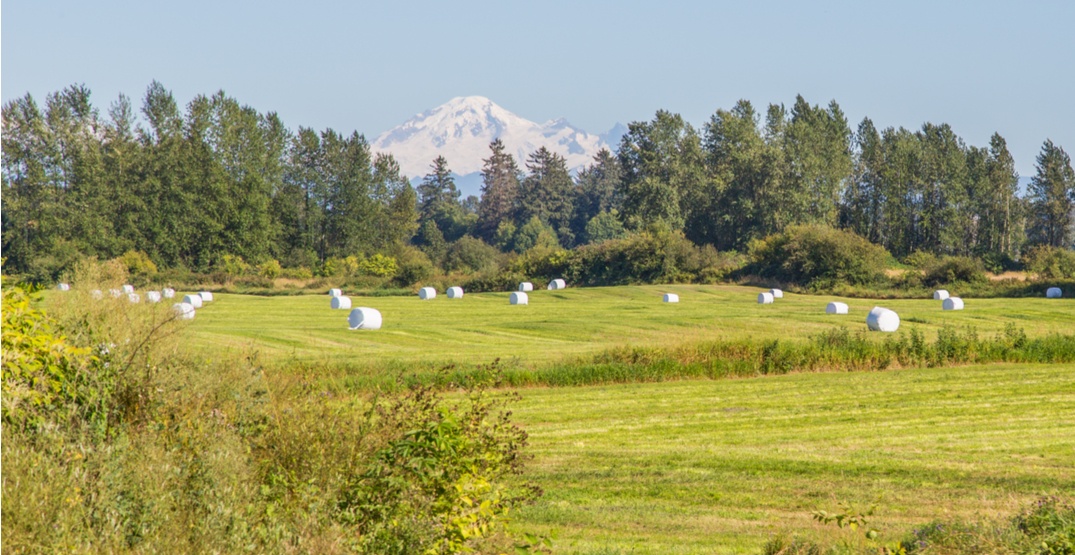 BC farmland with Mt. BAker in the background. / Shutterstock

Local and First Nations governments are now able to prohibit cannabis production in the Agricultural Land Reserve (ALR) within their communities, unless it is “grown in ways that preserve the productive capacity of agricultural land,” the BC government announced on Friday.

The ALR is a provincial land-use zone where agriculture is the priority use. It comprises just 5% of BC’s total land base and is the area with the greatest agricultural capacity.

The province said this regulatory change, effective immediately, “gives authority to local and Indigenous governments to prohibit cement-based, industrial-style, cannabis-production bunkers on ALR land in their communities, while clarifying that cannabis production in the ALR cannot be prohibited if grown lawfully.

According to the government, growing it “lawfully” means:

The province said this regulation “allows local governments and First Nations to prohibit the altering of existing structures to increase the size or material used as the base of the structure, and applies, or will apply, to licensed medical and non-medical cannabis facilities in the ALR.”

In addition, the new framework allows local and First Nations governments to make decisions regarding cannabis production that aligns with local planning and priorities in their communities.

The government noted this regulatory change “pertains only to land in the ALR.”

Local and First Nations governments can regulate or prohibit cannabis production on lands outside of the ALR.

This week, Vancouver councillor and executive member of the Union of BC Municipalities (UBCM) Kerry Jang told Daily Hive the UBCM wants a moratorium on ALR-designated land being approved for cannabis production.