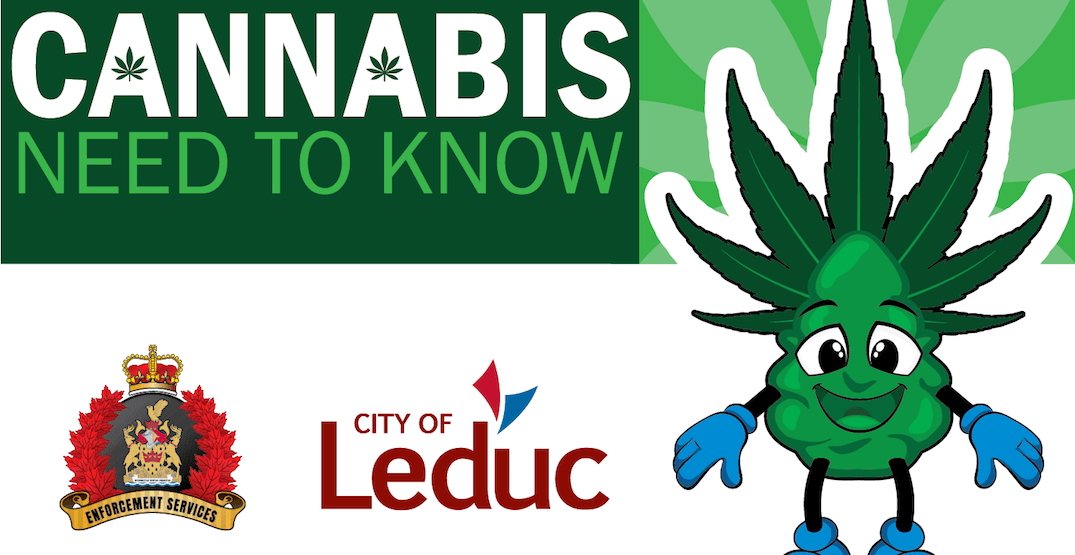 The City of Leduc has removed a cartoon cannabis bud following backlash to the recently unveiled awareness campaign.

Named “Buddy,” the cartoon character was featured in advertisements posted to the city’s Facebook page along with a message about rules that will come into effect with October 17’s nation-wide legalization.

“We’d like to introduce you to Buddy, the City of Leduc Spokesbud. While he may look cute, he’s got some very important things he’d like you to know about Cannabis legalization before it happens on October 17,” the post says. 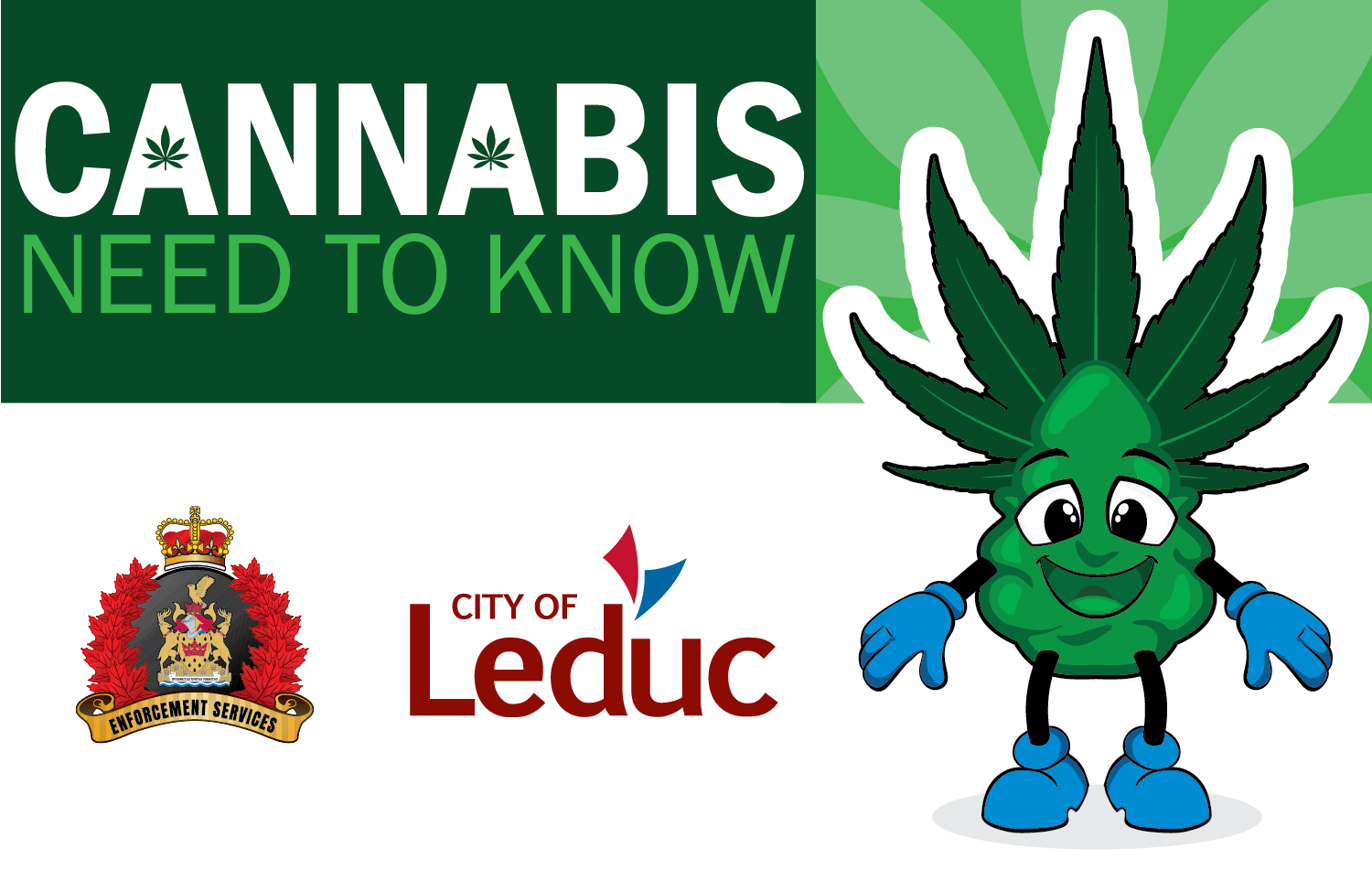 The first rule listed by Buddy is also what put him under hypothetical fire from critics: “You must be 18+ to buy, use, or possess cannabis.”

Many who viewed the ad expressed their concern over the child-like nature of the “spokesbud,” stating that Buddy had the potential to draw youth towards cannabis; the opposite of the cartoons intended effect.

“I know it is going to be legal starting in October but [I] have serious concerns regarding the Bud image which seems to be directed more towards children,” wrote Gisele Barnaby in a comment on the Facebook post.

“Who on Earth came up with such an idiotic character. This advertising [should] only be directed to adults and not children.”

One day after the first introduction to Buddy, the City of Leduc’s Facebook page made another post, this time featuring the character in a police officer’s outfit. 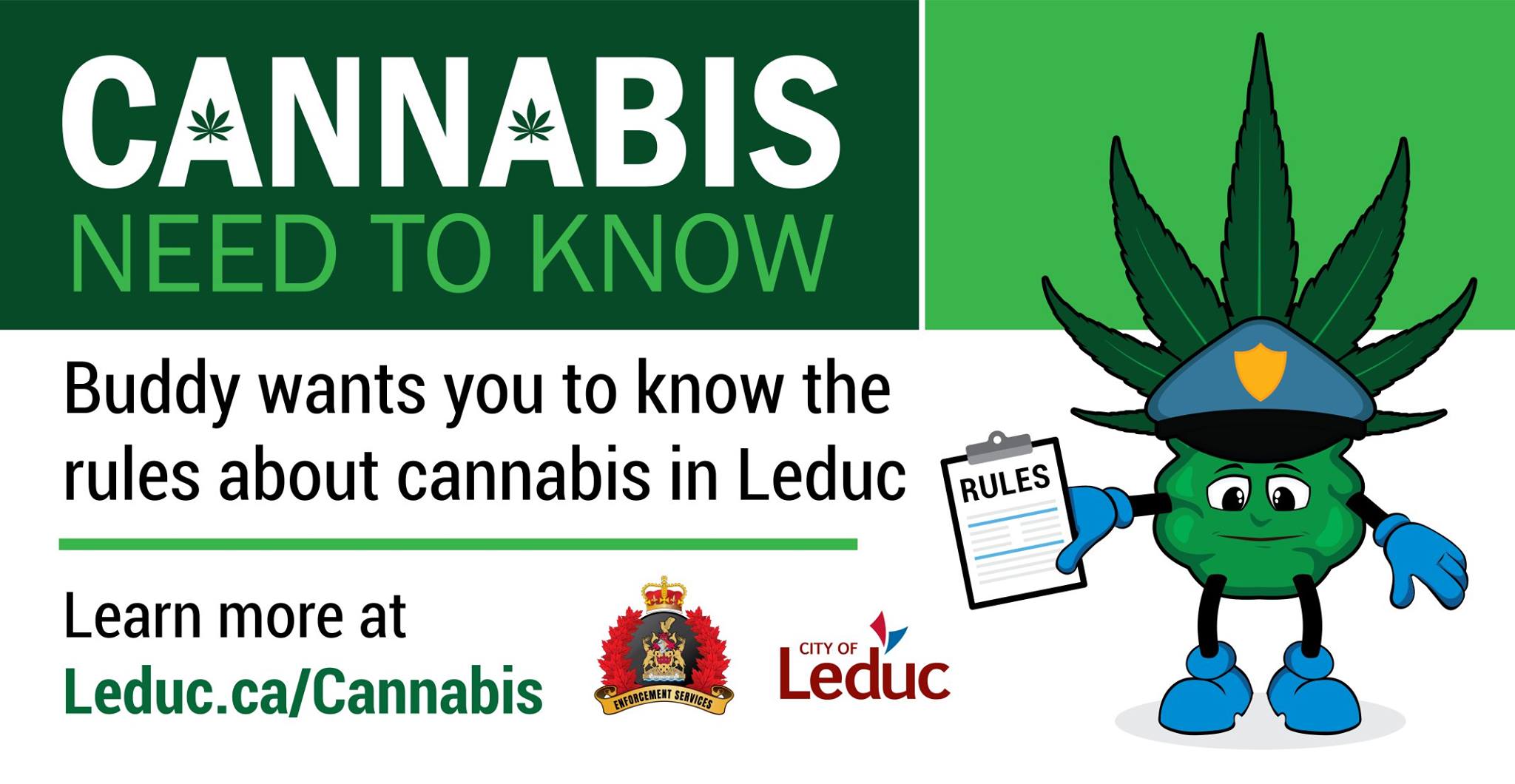 “I know that I’ve upset some people, but I want to let you know that my purpose is to make sure you know the rules around responsible cannabis use. I am not about encouraging use in any demographic, especially children – I don’t want children to use cannabis PERIOD,” the September 20 post read.

It did mention, however, that the controversy surrounding the cartoon had the side-effect of driving over 14,000 visitors to the website that details the rules surrounding legalization in the city.

“At the end of the day, my presence has inspired conversation in our community that will help ensure people are following the rules, which in turn helps keep people safe on our roads, safe from second-hand smoke, and reduces the potential for negative impacts in all demographics.”

However, in the days that followed the controversy caused by the two posts, a review of the character and the Cannabis Rules Public Awareness campaign was made that would ultimately remove Buddy from the ads entirely.

“While Buddy’s purpose was to educate about responsible cannabis use in the community and not make cannabis enticing to children, we understand the concerns that our residents have about the latter,” a September 25 post reads.

“As such, the public awareness campaign will move ahead with the removal of Buddy.”

Buddy may be gone, but the campaign to educate residents of Leduc continues, with information is still being made available at the City of Leduc’s website.