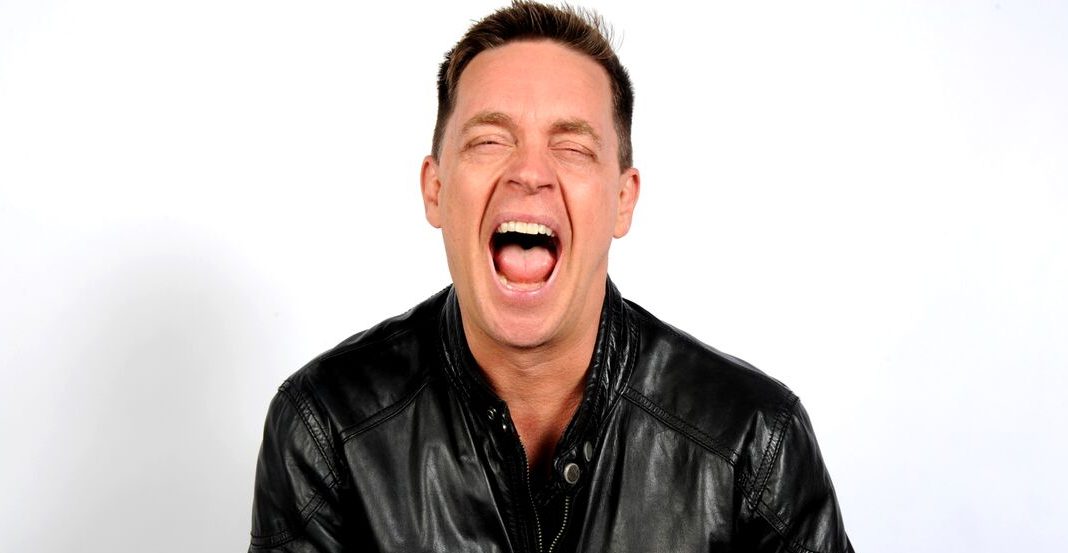 Jim Breuer has come a long way since Half Baked, but he’s still Mr. Nice Guy.

He had a recurring role in the popular but now-defunct sitcom Kevin Can Wait, has a dozen films under his belt, and his latest standup special Comic Frenzy is streaming on Amazon Prime

Breuer was recently in Montreal at Just for Laughs to perform his new live show My Hand to God, for which he is touring nonstop until the end of October.

“It’s a one-man show,” says Breuer. “It’s called My Hand to God, and it’s a journey of fighting reality with vanity, keeping the family and faith in the forefront, but constantly being seduced by the Sith of show business. And when I say ‘my hand to God’ – I find myself constantly telling stories like ‘I know this sounds crazy, my hand to God it’s a true story.’”

“It’s stories of me going through SNL and marriage and my father, and what people see is one thing but what happened behind the curtain is so much bigger and more powerful, and that will always mean more to me.”

While Breuer has never shied away from the personal, My Hand to God is a departure from much of his previous work, although not exactly subdued – he retains his trademark physical animation throughout. Breuer admits that he finds it different to deal with such raw, emotional subject matter onstage.

“Extremely vulnerable,” he says, “But it’s also really liberating. I love the relate-ability to it because what I’m talking about… it’s all walks of life that go ‘yeah, I really like what you’re saying up there.’”

“Funny to me is easy. Now can I throw something up there that’s inspiring and funny? That’s way more appealing to me at this stage in life.”

When the conversation drifts to Canada’s imminent cannabis legalization, Breuer’s happy to weigh in.

“I’ve been to Colorado and Washington and it’s nice to walk in a place like a gentleman where it’s just like ‘Oh, your knees hurt? You wanna be creative? You wanna go to bed at night? Wanna eat a cookie? Wanna put it on your toast? What do you want?’ It’s crazy!”

“I don’t see much of a problem as long as you respect it.”

Breuer tells a story of what he feels is cannabis legalization done right, and how it can benefit the community.

“I’m in Colorado Springs and I’m in a nice hotel. After the show I grabbed a beer, I sat in the corner – I don’t like mingling with people.”

Two women approach him from an event happening in the venue.

“They look like they’re in a wedding,” remembers Breuer. “They start talking about how ‘we’re here, it’s such a great event, what are you doing here?’ Said I was playing town, blah blah blah, and then another gentleman comes… this is the guy, and he gives me a card and goes ‘whenever you wanna come visit.’

The card described wellness centres, but his new companion reveals he’s actually the owner of the area’s dispensaries.

Nor was the event a wedding.

The women said ‘no, this is a battered women’s foundation that he created, and it’s for battered women and children.’ That? Now whether it’s a front – which I pray it’s not – but the fact is, he’s taking that money – and I dunno everything but I know firsthand, the reaction of those women who came up to me, they had such hope, clearly something had happened in their past.

“I really thought it was a wedding, it was women in gowns.”

“They were having a great time and he’s the one that put this gala together. It’s a fundraiser and all the profit goes to their organization, and I thought, ‘That’s the way you do it.’ And that starts changing the image.”

And what can people do to help bust that stigma? Breuer smiles as if it’s the simplest thing in the world.

“Grassroots, do it right. Don’t be angry, don’t do it out of hate, just do the right thing.”