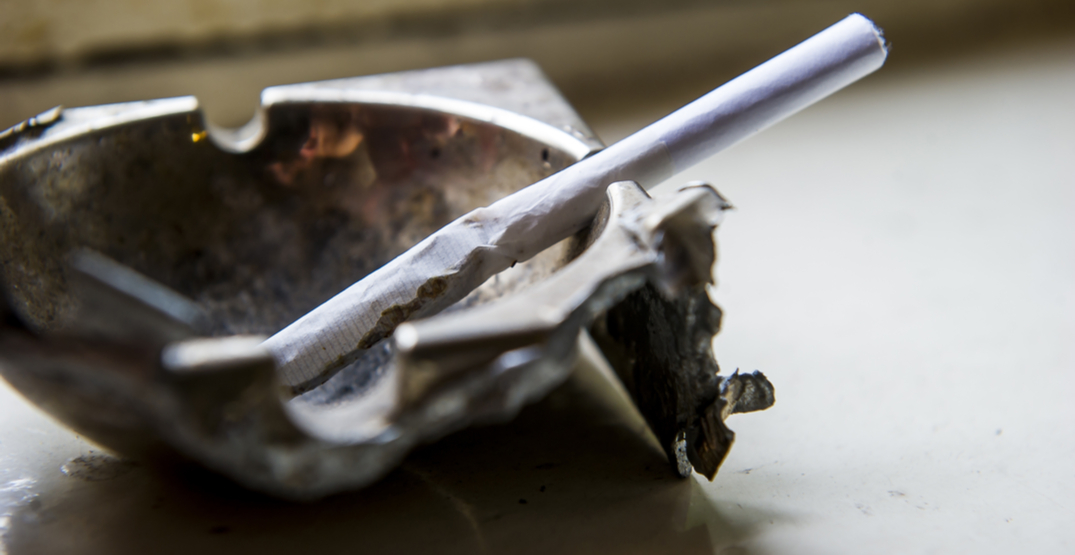 Have you ever had someone tell you that smoking one cannabis joint is like smoking five cigarettes and that you could be one puff away from getting lung cancer?

Turns out this may be a little extreme.

Yet, even with all the information we have on the interwebs about the differences between tobacco and cannabis combustion, I still hear people tell me that smoking a joint is just as bad for you as puffing on a dart.

Daily Hive reached out to an expert on the subject to get a straight answer. Dr. Ian Mitchell (Associate Professor of Emergency Medicine at UBC) was kind enough to help clear the air.

Okay, Dr. Mitchell, give it to me straight, will smoking weed lead users down the same road to lung cancer and other extreme consequences that are associated with smoking tobacco?

Overall, when it comes to smoking joints, we don’t have huge concerns. There haven’t been good studies that link cannabis to the development of emphysema or lung cancer. So, that concern we have for tobacco smoke doesn’t appear to be there for cannabis smoke. So right at the get-go, we have a less toxic substance.

Weird. Why would that be the case?

The thing is, it’s kind of mystery. People will say cannabis smoke contains the same amount of carcinogens as cigarette smoke which is 100% true, we can’t deny that. But the clinical effects are different for reasons we don’t understand.

Some of the thinking is that the nicotine in cigarettes may paralyze the cilia which are the little brushes on the lungs that help bring things up and help you to expectorate them. So nicotine and all that junk are just sticking and staying down there, whereas THC probably doesn’t do that.

The other factor which is intriguing to the medical community is there could be an anti-cancer effect to THC or CBD and that’s why people don’t get the lung cancer because that’s opposing whatever carcinogenic effects that’s in the smoke. Obviously, if you buy into that then you got to say cannabis works for cancer which I know is a big stretch to make for a lot of people. But at this point, we just don’t understand why.

In some ways, that’s hard to believe because for years we have been told that smoking cannabis does the same harm as smoking cigarettes.

The long-term effects of smoking cannabis are predominantly chronic bronchitis, coughing, sputum, and throat irritation. Now, you can reduce those consequences significantly by vaporizing, and as you know, that involves heating the substance up to a temperature below burning so that you’re not inhaling products at combustion, you’re only inhaling a vapour of the oil.

Overall that involves a lot less heat stress to the throat, and a lot less of any kind of carcinogenic toxic particles being ingested. So it’s much healthier and there is some research showing that people do experience less respiratory symptoms if they switch to vaporizing. 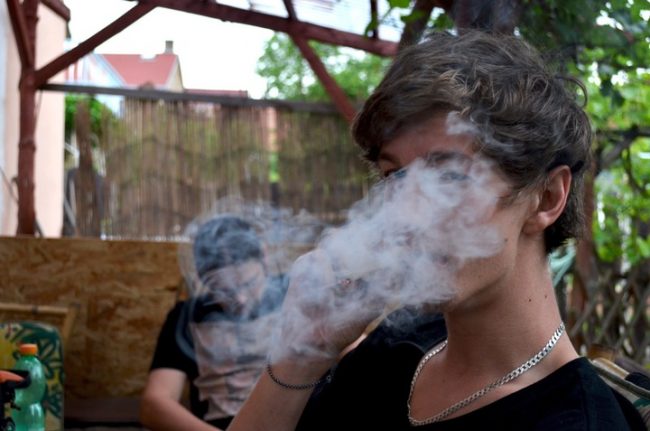 Up in a puff of smoke. Doctors would prefer people to vape their cannabis. (Pxhere.com)

Most people have preferences on how they consume marijuana, you believe a vaporizer is something people should think about owning?

On a conceptual level, it’s certainly much better because you’re not inhaling smoke and as a doctor, I don’t want anybody doing that. The benefits of vaporizing cannabis tend to be similar to smoking a joint as far as effect and people can vaporize as much as they want and take more or less what they need.

The big advantage to vaporizing is it smells way less so that makes it a much more palatable alternative if you are living in a multi-unit dwelling or trying to be a little stealthy.

The other advantages apart from the lungs and less smell are when you smoke a joint you are left with ash, but vaporizers don’t usually extract 100% of the cannabinoids from the sample. So, you can take the stuff that is left over that looks a little toasted and people use that to make edibles; you can recycle or get more out of your product that way.