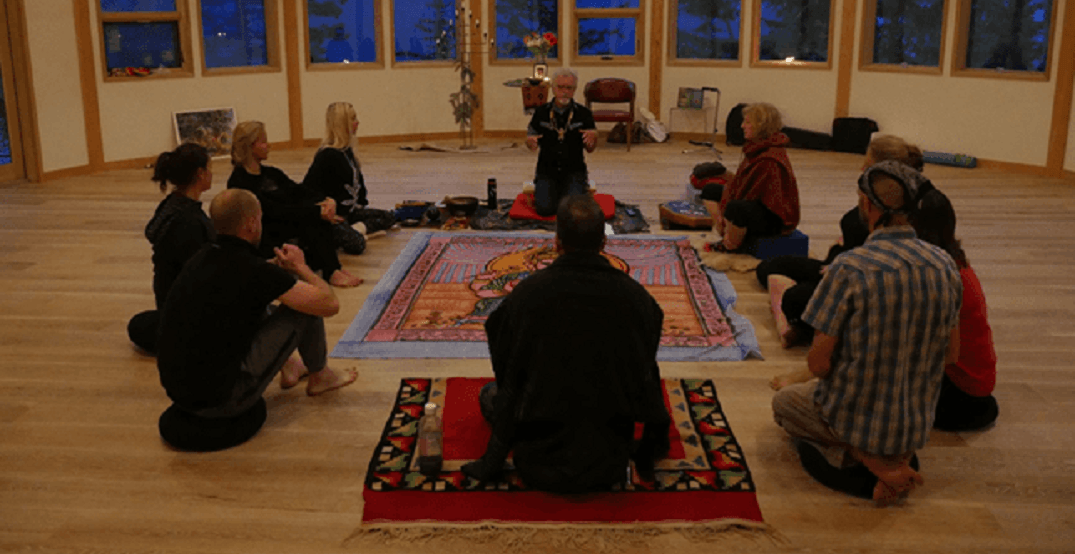 Written by Aleksi Hupli, a Finnish PhD student on a transformative journey from a drug policy conference in Vancouver to a guided cannabis ceremony in the Canadian Rockies.

I arrived in Vancouver to give a presentation at the 12th International Society for the Study of Drug Policy conference on an unpublished academic paper dealing with micro-dosing psychedelics on Youtube.

The three-day conference was understandably packed with cannabis-related talks, starting from the first keynote reflecting the situation in Uruguay and ending with a cannabis workshop.

I chose to extend my first-ever visit to Canada, a country I knew mostly from being a huge  hockey fan growing up in Finland. I wanted to learn more about the historic Bill C-45 as Canada moves towards legal sales of recreational cannabis.

I spent about a week interviewing various people in Vancouver, such as Jodie Emery from Cannabis Culture, Craig Ex from Cannabis Life Network, as well as Scott Bernstein from the Canadian Drug Policy Coalition, on what makes “BC bud” and drug policy in Vancouver so special.

At the encouragement of my presentation’s co-author, I met with Stephen Gray, a man who literally wrote the book on Cannabis and Spirituality together with several others.

During our conversation in Gray’s home, he mentioned he was going to give a four-day workshop titled “Journey to Spiritual Awakening. Green Creativity and Spirituality Circle,” at a retreat centre called The Sentinel, up in the Canadian Rockies.

Before I knew it, I was saying goodbye to Vancouver and joining Florence, The Sentinel’s Director of Programming, and her boyfriend on an over eight-hour car ride through some stunning scenery heading towards The Sentinel, located near a town called Kaslo on Kootenay Lake. 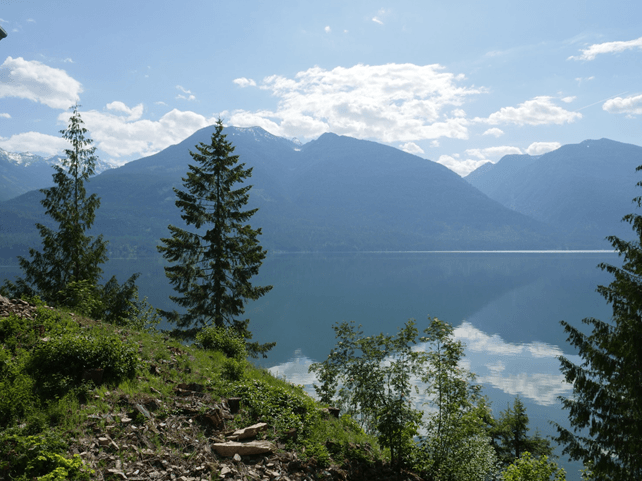 View from the main building at The Sentinel (Aleksi Hupli)

The workshop started the evening we arrived.

Gray shared his memories as a former student of the late-Tibetan Buddhist meditation master Chögyam Trungpa Rinpoché, who was no stranger to substances like alcohol and psychedelics, as he tried to understand the inner workings of the Western mind.

He also shared his thoughts about cannabis as “a spiritual ally.” In his book, he calls it “the people’s plant/psychedelic.”

Till then, I would say my relationship with cannabis has not been very spiritual. Though I spent the last 5 years in Amsterdam doing “fieldwork,” I was intrigued with the possibility of diving deep into my inner world with cannabis in a ceremonial setting.

It’s difficult to speak about spirituality without sounding too “New Age,” but on-going research at the Johns Hopkins School of Medicine in Baltimore has shown that psilocybin (the active compound in “magic mushrooms”) can reliably induce powerful “mystical-type experiences,” and brings the connection between our neurochemistry and spirituality to the forefront of science of consciousness.

The researchers themselves do not tend to reduce psychedelic experiences only to the workings of brain receptors and neurotransmitters, as they give close attention to the setting or the environment where the experience takes place.

Acknowledging that spirituality and religion could have a neurobiological basis, in my view, only adds to the mystery of consciousness. A subject argued in a paper published in Neuroscience and Biobehavioral Reviews.

Ceremony day at The Sentinel started with an amazing breakfast prepared by Richard Kay, one of the retreat’s co-founders.

Another co-founder, Gillian Maxwell, participated in the ceremony together with a handful of guests who mostly arrived the night before.

Maxwell has a long career in drug policy reform, starting from advocating for INSITE, the first supervised injection room in North-America and continuing to be the Acting Chair of MAPS Canada (Multidisciplinary Association for Psychedelic Studies).

The day-long ceremony, led by Gray together with an assistant, included a small cannabis edible in the beginning, joined by few puffs of “Sweet Jesus” about an hour and a half after ingesting the treat, but also (among other things) sitting meditation, yoga asanas and stretches, “om” chanting, and listening to music in the acoustically and visually beautiful “Maloca,” a traditional long-house that had been finished practically the day before. 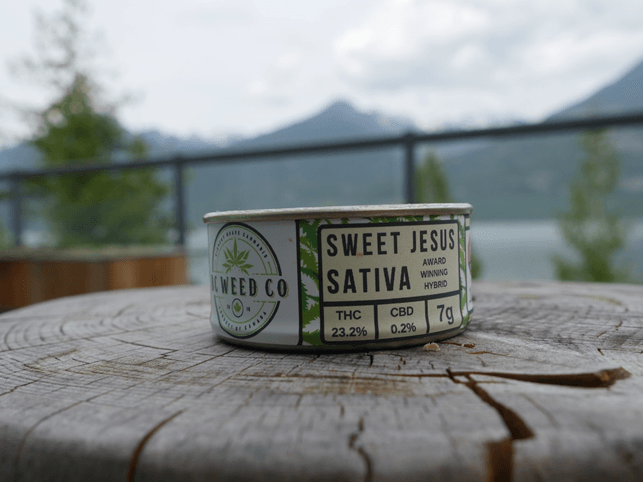 Canadian Cannabis in a can. Warning: might induce spiritual awakening when used properly (Aleksi Hupli).

The well-structured ceremony, together with the group’s dynamics, and the surrounding mountains made the inner experience more powerful than I had experienced before using only cannabis.

It is hard to go into detail about the experience. How can one explain what it’s like to become one with the universe or having your ego dissolved as the boundaries between “you” and the rest of the world becomes temporarily blurred?

I have to say that my already close connection with this plant, and those working with it, received another layer of respect and deep gratitude during the ceremony at The Sentinel. 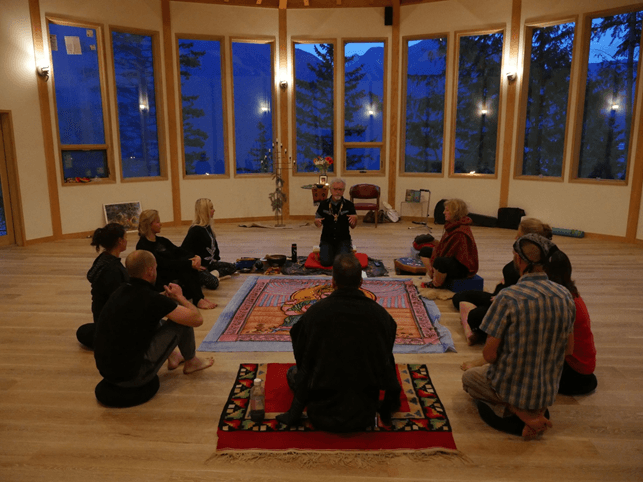 The power and abilities of this plant are difficult to overestimate. Just imagine the influence it had in the last century as whole Nation States built complex regulations and treaties, aimed at plucking it out from the earth’s soil like any other useless “weed,” and in spite of these efforts, has proliferated and spread even wider than before.

My hope is that Canada’s new approach to cannabis, regardless of being driven in-part by financial motives that originally made its use a criminal act, will set a positive example to the rest of the world and mark the beginning of a new era. An era in which inner space exploration with various plant and other allies is valued as much, or even more, as outer space exploration.

Pioneering inner space launch sites, such as The Sentinel, are leading the way in this search for higher consciousness.