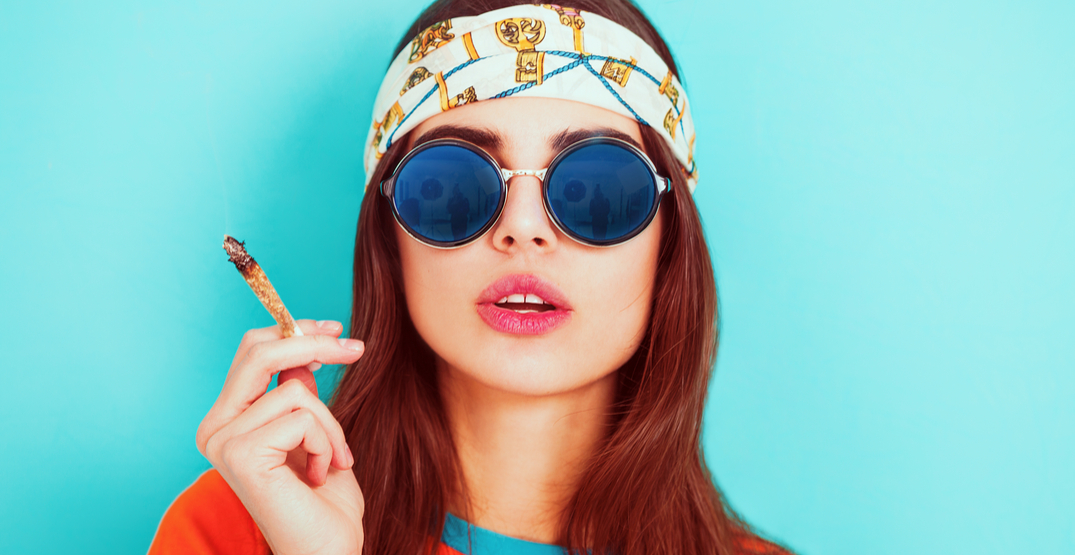 Sometimes, due to family, social or weather situations, one ends up in a location where getting high is frowned upon. Usually, these are also the times in which one would very much like to get a little high. What’s a weedhead to do?

Overbearing in-laws, square relatives, and joy-killing snowstorms are realities of our harsh existence, but that doesn’t mean you have to deal with them with a clear mind. Add a generous pinch of subtlety and you’d be surprised what you can get away with.

There are a wide variety of important questions to ask oneself when in search of a secret location to roast a bone. Where are you least likely to be interrupted? How easy is that space to air out?  Is there a local park or cluster of foliage within walking distance? Is the roof safe and accessible? Use your common sense, don’t get too elaborate, and you’ll be golden.

Are you indoors? Is there a smoke detector? Good. Get rid of it. Smoke detectors are the ultimate narc. Cover that traitor with a plastic bag, making sure to get every bit of the edge so a proper seal is formed. Enemy neutralized!

Similarly, be cognizant of any central air vents or what have you – and stick a rolled-up towel under the door, teenager-style. It’s a classic ‘cuz it works.

Smoke up on the down low

Is every situation a vape situation? Probably! This is hands-down the most undercover way to consume your cannabis. Lots of higher-end models have a “stealth” setting that further minimizes odour and vapour, so this might be a solid option to look into if you have to be covert on the regular.

A glass bong also holds up well in this situation. It smells less than a joint, and doesn’t leave anything behind but ash and a general sense of well-being. Get rid of the gross water ASAP by dumping it in the toilet, and flush away the evidence. If you don’t have a bong handy, making a pipe out of an apple is an acceptable backup plan.

Sadly, this is NOT a blunt situation. Blunts are not subtle. Blunts f*cking stink. Blunts are the hot fuschia of smoking weed, and we’re going for more of a cool taupe here. No blunts!

Is there a lingering odour despite your best efforts? Don’t panic. Make some popcorn, and slightly overcook it. It covers the smell like a dream, and now you have a tasty, multitasking snack.

No popcorn? No problem. Solvents to the rescue! Pour some nail polish remover on a paper towel and throw it on top of the trash. Yeah, it’s kinda toxic, but it will help conceal the stench of doob (but saturate the towel thoroughly – it loses strength as it dries). Just be careful of open flames and hot embers. Burning the place down WILL conceal the smell, but will probably not ingratiate you to your hosts.

Febreeze can work, but most people would probably rather smell the foul odour of your bong water than be suffocated in the amount of Loganberry Rain it would require to cover that sh*t up. Skip it.

DO NOT use patchouli. It will make you smell like you went for a sweaty summer workout and then died – but like three weeks ago, and it’s mid-July. It is also generally assumed if someone smells like patchouli that they a) smoke a metric sh*t-ton of weed and b) rarely bathe, if at all. Let’s quit while we’re ahead.

Be sure to remove any “modifications” (like plastic wrap, tape, etc) before vacating the area, especially if you’ve covered up a smoke detector. DO be sneaky. DON’T be a complete dick.