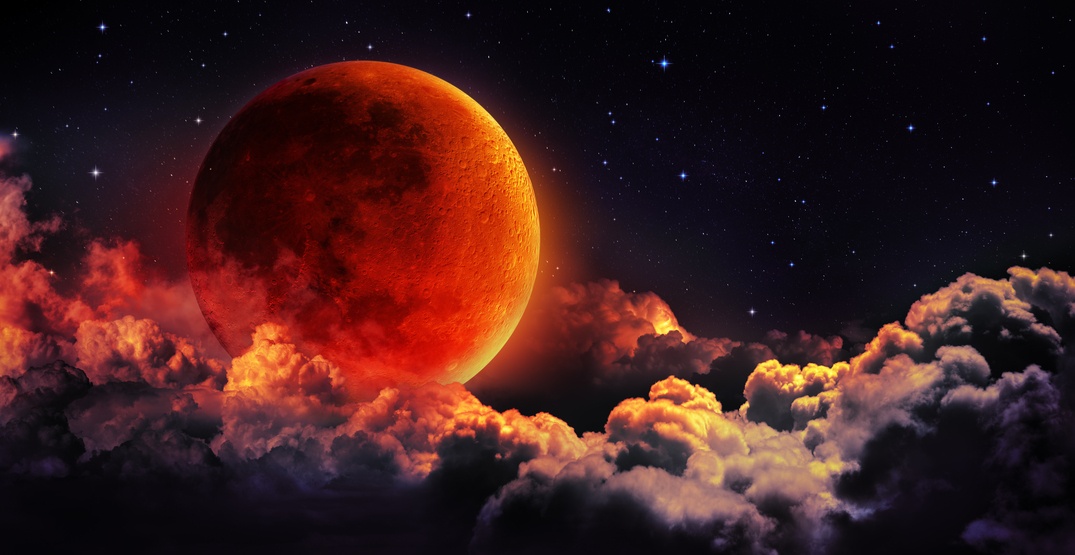 The longest lunar eclipse in over a century is set to occur Friday night, and the world is waiting to witness the rare event.

But while it’s completely safe to watch a lunar eclipse with unprotected eyes, Canadians won’t be treated to a view of the blood red space rock; the eclipse will not be visible to Canada or the US (except for a small area of Newfoundland), although it will be visible to most of the rest of the world to varying degrees.

But you don’t need to see something to celebrate it. Here are some blood moon activities that pair well with your choice of herbal refreshment.

Learn what a blood moon is

For a lunar eclipse to occur, the moon, sun, and earth need to align, causing the earth to cast a shadow over the moon.

In the case of a blood moon, the earth casts a red shadow on the moon because of the colour of its atmosphere. If you’re in Canada and you’re still desperate to catch a glimpse, get a little “spaced” out and watch the whole thing streaming live on YouTube.

Learn what a blood moon isn’t

Author’s note: Having attended a hippie alternative school as a teen, I automatically assumed that it had something to do with sea sponge tampons and channelling one’s inner goddess; I was (thankfully) incorrect.

The moon has snubbed Canadians with its cool display of colour-shifting, so snub it right back and ignore its very existence. Don’t even look at the sky. Red moons are stupid and it’s probably a communist. Suck it, the moon.

Start with Echo & the Bunnymen’s The Killing Moon, Radiohead’s Sail to the Moon, and any track by Black Moon because all their shit is good, and build from there. Pairs well with aforementioned livestream.

Whip up some on-brand edibles at home (or get someone in-the-know to help if you’re inexperienced, prefer to know your dose and/or don’t like “surprises”).

Apollo 13 is awesome but super stressful. It’s not so much that it pairs well with cannabis as that you need cannabis to be able to handle the claustrophobic space failure that was that movie. Basically, all space movies are super stressful. Fuck space.

Donate blood before your sesh

It’s topical and it actually helps people. Don’t show up stoned to your appointment; you need to be sober to give blood. They don’t care about the level of THC in your blood, so you don’t have to be clean – just not high before you get your blood drawn. All those free cookies will come in super handy once you’re home and have a sesh, though.