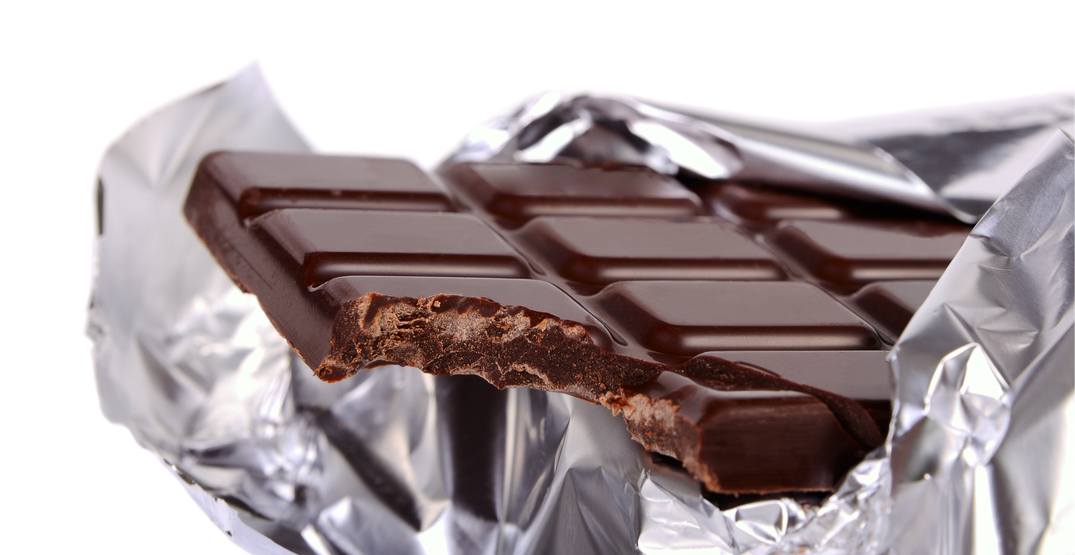 Over the weekend, a four-year-old girl was taken to the hospital after her father realized his cannabis-infused chocolate bar was missing from the console of the family vehicle.

According to a report published by the Nova Scotia RCMP, the girl’s father called 911 when he inferred that his daughter accidentally ate the chocolate and noticed her looking pale.

The recommended adult dose on the bar was one piece per day, and the child ate 15 squares.

“She was taken by ambulance to a local children’s hospital and was treated and released,” Corporal Jennifer Clarke told Daily Hive over the phone.

“I don’t anything more about her condition other than the fact that she’s okay.”

The RCMP is conducting an investigation and will determine whether charges will be laid.

Cpl. Clarke could not speak to concerns regarding legalization, but noted that adult-use cannabis remains illegal in Canada until October 17, at which time the sale of edibles will still be prohibited.

Possible charges include possession of an illicit substance.

“What’s important for people to know regarding edibles is that they certainly look an awful lot like treats that are commercially available that don’t contain cannabis,” said Cpl. Clarke.

“With that being said it’s very important to keep them out of reach from people who might not know the difference.”

Editor’s note: This story has been updated to clarify that the sale edibles will remain illegal. Subject to territorial and provincial restrictions, adults who are of legal age can “make legal cannabis-containing products at home, such as food and drinks, provided that dangerous organic solvents are not used in making them.”