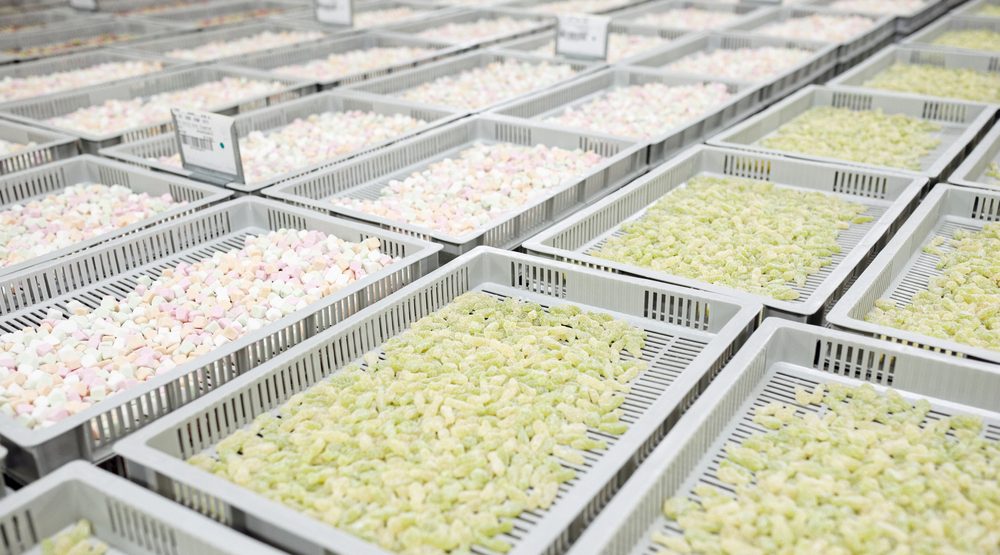 Canopy Rivers is investing $2 million in an Edmonton-based edible producer, as it expands its portfolio while attempting to capitalize on the new types of available cannabis products.

Once the cannabis confectionary producer, Dynaleo, receives the required licensing from Health Canada, the two companies will begin producing plans to begin operating a new 27,000-sq-ft purpose-built facility designed for the large-scale production of new gummy products. The company reports the facility has completed construction and all necessary documentation is currently with Health Canada for approval.

“We believe that Dynaleo is positioned to become a market leader in cannabis edibles manufacturing in Canada,” said Narbé Alexandrian, president and CEO of Canopy Rivers, in a release. “In the gummies market specifically, we see a significant supply and demand imbalance and a move towards outsourcing products to leading manufacturers. We think Dynaleo’s manufacturing capabilities, combined with its capable management team, position it to help close this supply gap in the short term and become a trusted manufacturer of cannabis edibles in the long term.”

Canopy Rivers believes that “demand for edibles is significantly ahead of supply,” citing that uncertainty around the regulations for gummies led many licence holders to pursue other formats when the second wave of cannabis products became legal in Fall 2019.

“On top of helping Canada’s licensed producers close the supply gap, we also believe that Dynaleo will play a role in expanding the total addressable market for cannabis products, with market research indicating that new consumers are more likely to enter the cannabis market through edibles than other products,” said Alexandrian.

Canopy Rivers is a separate legal entity from Canopy Growth, but serves to invest in other companies that require funding strategically, with aims of adding them to Canopy’s family of products.

“I am extremely proud of the Dynaleo team, our manufacturing facility, and the path that is ahead of us,” said Michael Krestell, executive chairman at Dynaleo, in the release. “We welcome Canopy Rivers’ investment, and the expertise and relationships with established industry players that comes with it.”

When the deal is completed, Canopy Rivers will own 12.2% of Dynaleo.