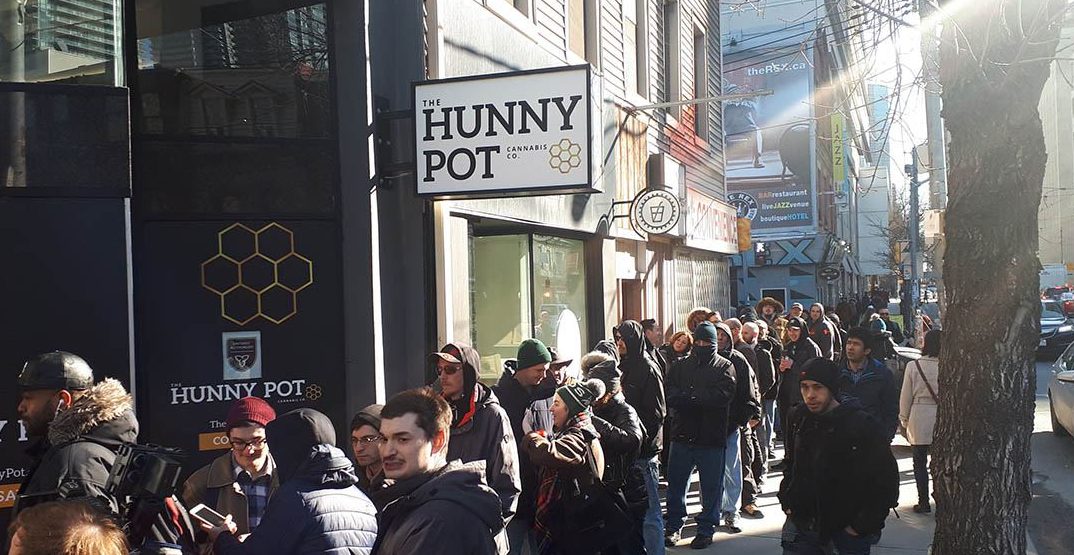 Ontario cannabis stores that don’t open by the beginning of May could face large fines on top of what they already have paid.

According to the Alcohol and Gaming Commission of Ontario, of the 25 applicants for Retail Store Authorizations, those who did not have a valid reason to explain their failure to open were required to $12,500 penalties, taken from the provincially required $50,000 letter of credit.

According to a statement provided to Grow from the AGCO, “all applicants were invited to submit to the registrar any factors outside of their control they wished to have considered in the decision regarding any of the draw-downs on their letters of credit.

“This discretion would only be used in exceptional circumstances and if fully satisfied a store was unable to open due to factors that were not, and could not have been, in the applicant’s control.”

The rules of the lottery indicate that a cost of $12,500 will be levied on both April 1 and 15 against unopened stores. Thus, stores not open by April 30, will incur a cost of $25,000. The total encompasses the entire required letter of credit.

At the beginning of April, two stores with granted exemptions by the ACCO, and by April 15, the ACGO says that two more stores were operating in the province, and one lottery winner was given a different schedule because they were awarded a licence after another retail operator was disqualified.

Eleven stores took a hit on April 15 — Nova Cannabis was granted an exception for “extraneous factors resulted in delays that were determined to be outside of this licence’s control.”

“The AGCO continues to work closely with each applicant to process their applications as quickly as possible, and is conducting its review of Retail Operator Licence applications, Retail Store Authorization applications, and Public Notice periods concurrently to expedite the processes,” the AGCO said, in their statement. “As soon as operators believe they are ready, the AGCO will be there to perform its final pre-opening inspection.

“Having said that, the AGCO will only licence operators and authorize stores to open once satisfied all legal and regulatory requirements have been met.”