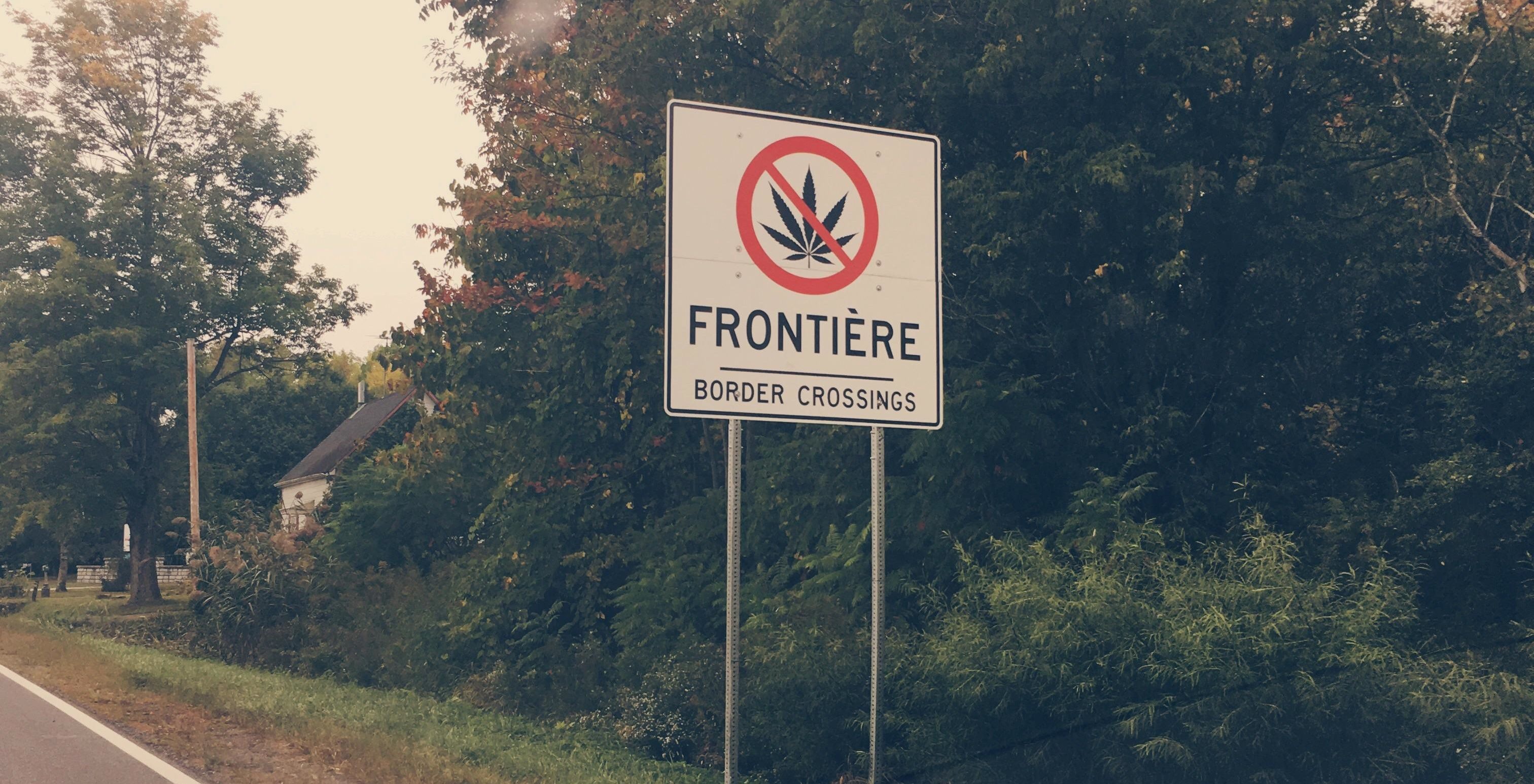 A picture was posted to Reddit on Thursday afternoon of a road sign in Quebec that has a pictogram prohibiting cannabis, close to the US border.

The Redditor claims the sign was taken in Lacolle Quebec, a municipality Southwest of Montreal that is home to a major Canadian Customs Border Agency.

As Canada prepares for cannabis legalization on October 17, the US continues to maintain heavy laws and regulations about Canadians and cannabis.

Recent reports have indicated that Canadians who smoke weed or work in the cannabis industry may risk a lifetime ban at US borders.

According to the Reddit user, the picture was taken on the way to the US border from Quebec and reads “Frontière – Border Crossing.” 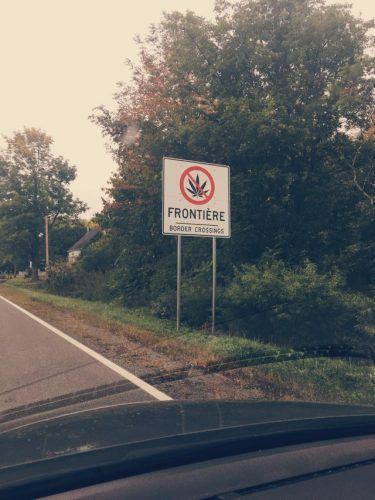 We should prepare to see a lot more road signs like this pop up in the coming weeks.