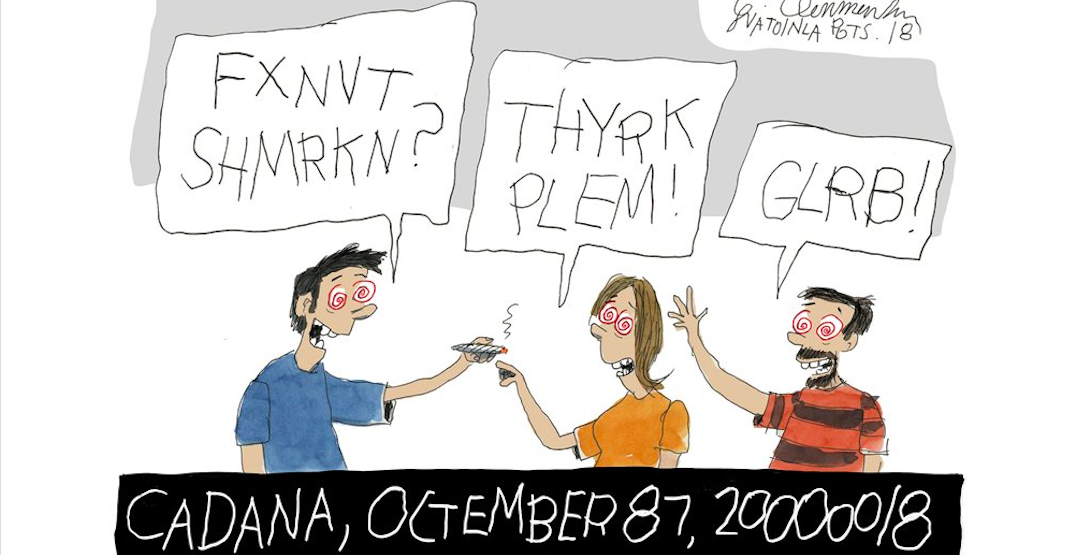 From the first Canadian cannabis store opening at midnight in Newfoundland, to the single store in BC opening its doors at 10 am today, cannabis legalization is now official across the country, and one doesn’t have to look too hard to find subject matter related to this milestone in Canadian history.

Take for example, The National Post, which today not only published a hilariously unfunny and awkward cartoon, but also ran it on their front page – making their thoughts on the whole thing quite clear.

It didn’t take the internet long to chime in with their response.

Funny is too high of a target for them, but at the very least, they would have some fucking chill

We can’t figure this out! It’s like my dad decided to draw a cartoon about his stance on legal cannabis. Or is this satire?

I guffawed in the ‘WTF’ sense.

Clement has clearly never smoked weed. This is “Reefer Madness” calibre misrepresentation. I do believe he knows what drunk is though…

Where’s the cartoon of the dad coming home drunk and beating the sh*t out of me… I mean his kids?
Also the cartoon of the person outside the hospital with their gown and oxygen tank, smoking with the hole in their throat?
I think all the legal substances should be represented.

Imagine being this out of touch.

Cartoon guy coughed his ass off the one time I tried it and he didn’t even inhale. Oh and he had to get his friends to call his mom to pick him up

“Hey, did you see the cover of today’s National Post?”

“I don’t read that thing. It makes me paranoid.”

This is completely stupid and so juvenile that its not even worth discussing. Where have all the grown-ups at this newspaper gone? #OCT17 #fourtwenty #cannabis #canada #finally

Anybody under 80 and not a complete moron working in your news room?

Really, @nationalpost? Has anybody in your newsroom ever smoked weed?

lol what a joke. you really have to wonder how the national post has managed to stay in operation for 20 years when they’ve only had two profitable years in their existence.

What kind of Bull Shit is that.

It’s fantastic and unsurprising that everybody on your staff are such goddamned squares that not only have they obviously never smoked pot, they’ve never even seen a person be high or known anybody who has been.

ironically this cartoon is only good if you’re already stoned