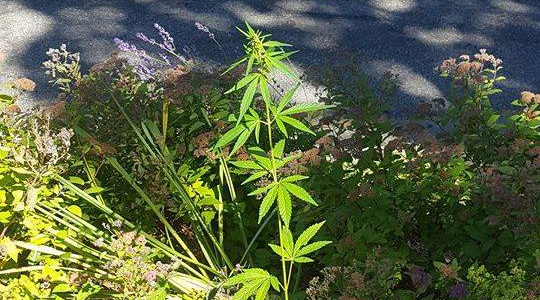 As if we needed any more confirmation that Vancouver is pot city, two cannabis plants have cropped up in the most obvious place possible–Vancouver City Hall.

Cannabis activist Dana Larsen provided photos of the plants to Daily Hive that he says he was sent by someone he believes planted them, but who wishes to remain anonymous.

“I’ve certainly been encouraging people to plant cannabis and seeds all over the country with my OverGrow Cannabis giveaway campaign,” he said.

“I assume the plants are there because of that, I’m sure that’s why they’re there.” 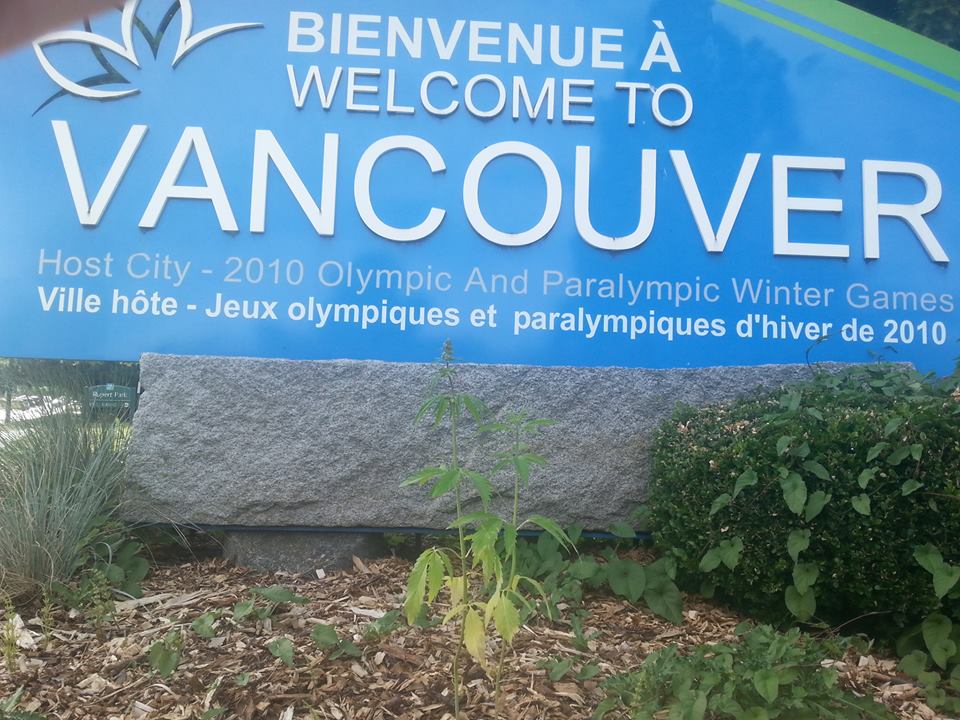 Larsen has already given away five million cannabis seeds as part of his campaign, which aims to see cannabis plants growing everywhere in Canada.

“I would like to see more cannabis growing openly and freely because that’s the kind of country I want to live in,” said Larsen.

“So people understand that cannabis is just like any other plant. It’s not harmful or dangerous to have cannabis growing anywhere.” 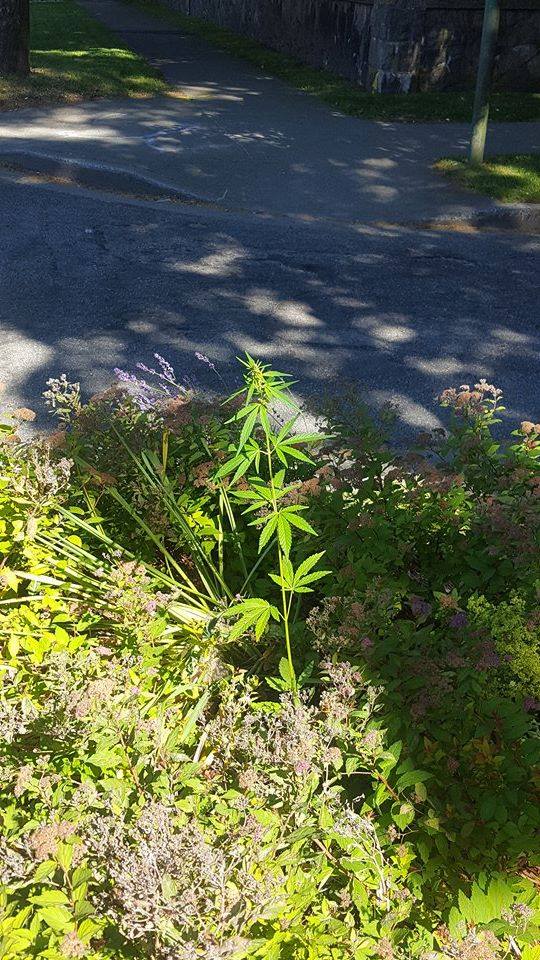 Larsen said he thinks there are probably already more dangerous and poisonous plants growing near playgrounds or elementary schools, “but nobody worries about it.”

Growing cannabis as an individual is currently illegal in Canada, unless you have permission to do so from your doctor and have registered with Health Canada.

You are then allowed to grow only about four or five plants indoors or two plants outdoors for every gram of cannabis authorized for your own medical purposes.

Even when the Cannabis Act legalizes marijuana for recreational use in Canada next year, you’ll still only be able to grow four plants per household.

However, Larsen says, if cannabis plants were freely accessible, like bongs, pipes, and dispensaries, it would be impossible to enforce those growing rules.

“The aim of this campaign is to have a mass of civil disobedience… to make enforcing cannabis growing impossible because this plant is just growing everywhere,” he said.

We’re guessing the City of Vancouver won’t be putting in their application to Health Canada anytime soon.

“I’m hoping that we see a lot more of these plants cropping up across the country for the rest of the summer and the fall.”