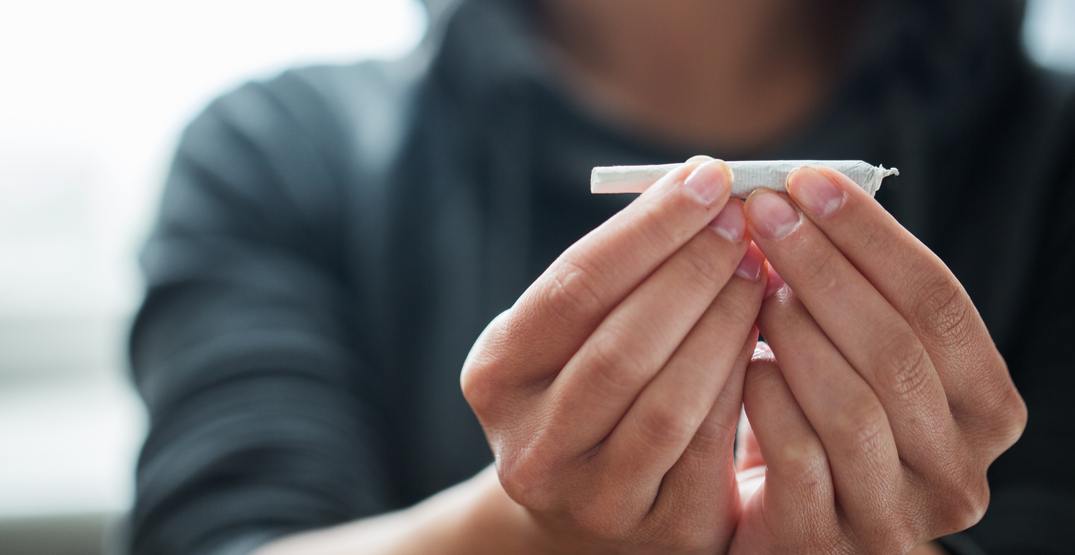 Cannabis and alcohol are the two most common substances associated with hospitalizations among youth and young adults in Canada.

That’s the latest finding from a newly-released report from the Canadian Institute of Health Information (CIHI). The study focuses on youth between the ages of 10 and 24 and is based on the institution’s Hospital Stays for Harm Caused by Substance Use indicator.

A number of substances were looked at including alcohol, cannabis, opioids, cocaine, and central nervous system depressants and stimulants.

Perhaps the most crucial key finding of the report was that between 2017 to 2018, cannabis was the most common substance associated with hospital stays among youth and young adults. The finding applied to all sexes and across all age groups.

“Overall, cannabis was documented in nearly 40% of hospitalizations for harm caused by substance use among youth age 10 to 24,” reads the study. “Cannabis was also the first or second most common substance associated with hospital stays in Canada across all province and territories.”

Alcohol followed closely as the second-most common substance that leads to hospitalization, accounting for 26% of hospital stays among youth. It’s also worth noting that an equally high amount of hospital stays were related to “unknown/mixed substances.”

When compared to those over the age of 25, hospitalizations associated with the use of cannabis decreased to 11%. Alcohol, however, more than doubled and was linked to 58% of stays. 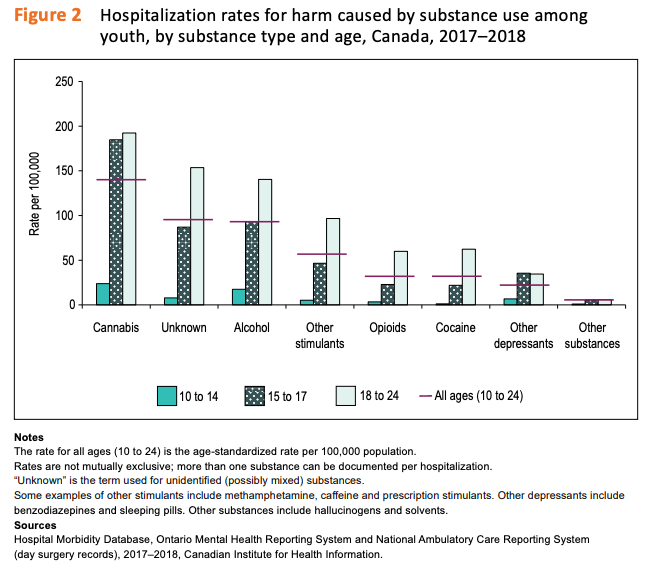 Hospitalization rates only increased in age, although they varied by gender. 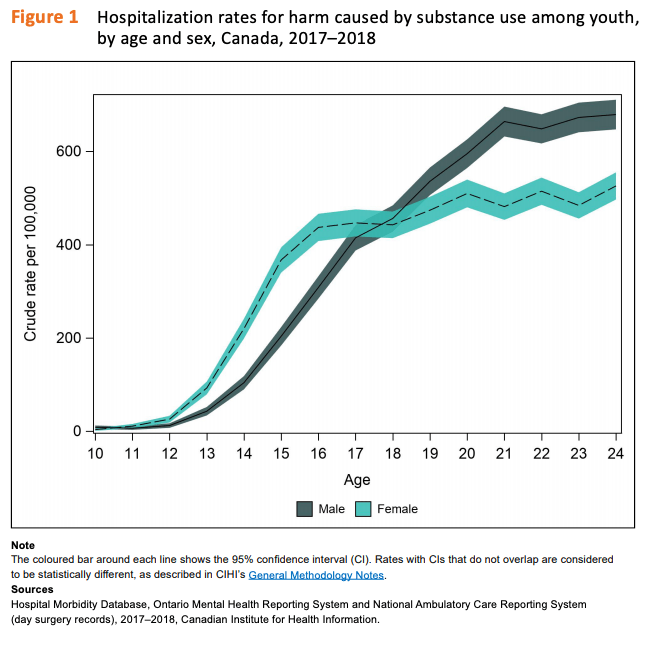 Hospitalization rates for harm caused by substance use, sorted by age and gender (CIHI).

The study also found that hospitalization rates were higher for youth living in lower-income neighbourhoods, as well as rural and remote areas. 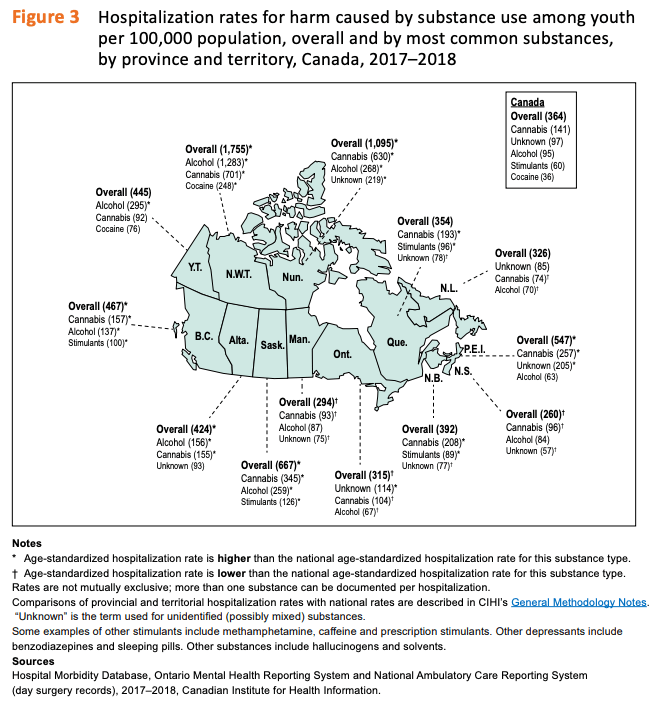 Hospitalization rates per 100,000, sorted by the most common substances.

“Our findings reveal that cannabis, followed by alcohol, account for the majority of hospital stays for harm caused by substance use among youth in Canada,” says the report.

Some suggested courses of action include providing better services to prevent and treat harmful substance use, especially those with concurrent mental health conditions and those living in lower-income, rural, and remote areas.