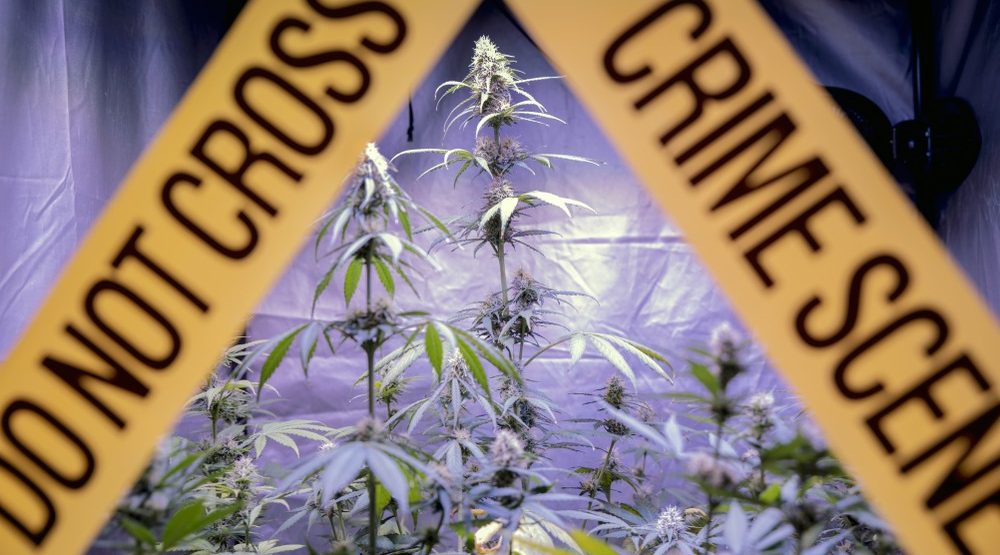 When Canada legalized cannabis in October 2018, it ended a ninety-five-year long prohibition.

This has catapulted the government into a new era of cannabis regulation. Federal, provincial, and municipal authorities are all rolling out their own methods of adapting in a post-prohibition environment.

But if history has taught us anything about ending a prohibition, it’s that they don’t go out easily.

Take British Columbia’s liquor laws for example. Many of the inane provincial and municipal laws that we have on the books today were developed as a result of alcohol prohibition and the attitudes that people carried as a result of it.

It may surprise you to learn that prior to the early 1900s, liquor was unregulated in this province. Bars and saloons were hubs of social activity and were able to operate at their leisure. Inevitably, this caused some to complain about a perceived decline in societal morals and public order which they attributed to the wanton consumption of alcohol.

When the idea began to catch on, the Temperance Movement took off and prohibition began. By October 1, 1917, the BC government had effectively banned alcohol throughout the province.

Prohibition was a dismal failure, however. Law-makers quickly made the shocking realization that making laws against the sale and consumption of an intoxicating substance would not actually stop people from using it.

By 1921, provincial liquor laws had been introduced to allow the government control over liquor sales, and although it effectively ended prohibition, we’ve been trying to iron out the kinks ever since.

(Stop me when this starts sounding familiar.)

1. Medicinal licences were available for alcohol and cannabis

Most of us have been aware of medicinal marijuana dispensaries for quite some time, but it may surprise you to learn that alcohol was no different during the time of prohibition.

In prohibition era British Columbia, savvy citizens knew that a drink was just a doctors note away.

Although alcohol was strictly illegal, there was an exemption for alcohol purchased for medicinal reasons. These drinks were available at drug stores and government-run alcohol stores. They would be sold if the buyer could produce a prescription for the cure.

And the trend caught on.

At the height of the prohibition, the medicinal liquor business sold over $1.5 million worth of liquor.

The entire rationale behind prohibiting, and later restricting, both cannabis and alcohol has centred around fears about morality.

The corrupting power of both substances has been cited as the reason why our communities must be protected from such evils. Classism and racism fed into the popular narrative of moral panic. Prohibition rhetoric was rooted in fear-mongering and falsehoods.

Since the end of prohibition, though, stereotypes and stigma persist. Consider the drunken town fool in almost every animated Disney movie you’ve ever seen, or the lazy stoner who just can’t seem to get anything done.

With the passage of time, these harmful misconceptions will eventually erode and fall away, but it simply won’t happen soon enough.

3. Prohibition fails to distinguish between types of products

During alcohol prohibition, and even after, lawmakers did not distinguish between various types of liquor. Instead, they chose to view wine, beer, and hard alcohol as the same substance under the law.

This came as a serious concern for many, and particularly those who came from cultural backgrounds where wine was considered a healthy and normal part of a well-balanced meal.

It was one of the ultimate factors in prohibitions undoing.

So far, we’ve seen a similar approach to cannabis at all levels of government.

For example, many Cannabis Act regulations do not distinguish between male and female plants, or flowering and non-flowering plants. Moreover, some Criminal Code amendments aimed at impaired driving may ultimately fail to differentiate between key cannabis molecules such as THC and CBD or recreational and medicinal cannabis users.

And while the government has chosen to legalize and create regulatory frameworks for different cannabis products at different times, it would be wise for them to refrain from the temptation of adopting a “one size fits all” approach in doing so.

4. After prohibition, places to lawfully consume can be hard to find

After alcohol prohibition was over, those who wished to imbibe were often without asylum to do so.

The first beer parlours were opened after much difficulty and in-fighting over suitable locations and logistics around public consumption. After being finally allowed to exist, they were subject to a wide variety of bizarre rules and restrictions.

For example, beer parlours could not serve food, nor could they provide entertainment of any form. Others even required patrons to remain seated and tried to discriminate against women by refusing to serve them. Once women were permitted in parlours, they were often restricted to separate quarters.

Of course, these laws evolved over time, but it was often slow-going.

Consider the fact that happy hour drink specials were only permitted in British Columbia in 2014 or that private liquor distributors are prohibited from selling products directly to the hospitality industry, who must instead purchase their goods from high priced government-owned stores.

Since the legalization of cannabis, those who wish to lawfully consume have had a difficult time finding a place to do so. With strict rules against smoking in public place, including bars, restaurants, parks or anywhere that minors may reasonably be expected, cannabis users have been left wondering where they can light up.

While we may see cannabis consumption lounges opening in the future, let’s hope they don’t end up subject to the same sorts of ridiculous rules that alcohol friendly facilities have faced over the years.

It wouldn’t be the end of prohibition if the government didn’t get to stack the deck in their favour.

During the time of alcohol prohibition, the black market generated countless sums for bootleggers and distributors who were willing to assume the risk and break the law for profit.

The government recognized this and decided to get on board. The Importation of Intoxicating Liquors Act handed control over the liquor business to provincial governments throughout our country.

The same approach has been adopted in relation to cannabis.

With a thriving black market in British Columbia, municipal and provincial governments have largely empowered themselves to control the distribution and sale of cannabis in this province. The Cannabis Act also gives the federal government a monopoly over medicinal cannabis sales and revenue from cannabis sales tax will undeniably fatten the public purse.

With the cannabis industry projected to be worth nearly $5 billion by 2021, the government has invested wisely.