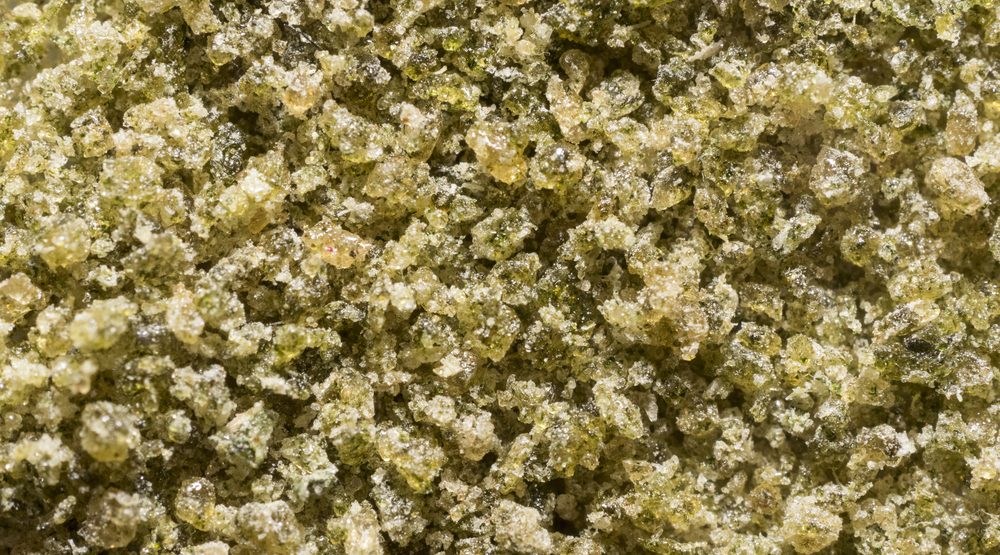 Bonify and Great White North Growers revealed a joint development deal this week to “formulate and produce” a suite of Cannabis 2.0 products. While none have been firmly announced, Bonify says the first wave could include Rosin, Rosin Vape Pens, and Bubble Hash.

Bubble Hash is typically created using ice and agitation to break the trichomes and resins off of cannabis flower.

“Bringing together two highly focused companies with strong local connections in Manitoba and Quebec is an exciting opportunity for Bonify,” said Pierre Morris, CEO of Bonify, in a release. “We look forward to working with the GWNG team and their solventless extraction process to expand our product portfolio and continue to bring consumers a better selection of quality products at reasonable prices.”

Big news! We are pleased to announce that our products will once again be available in the #Manitoba market😎! Read up on all the details in our media release here:
👇 https://t.co/x8T7HJXXs4#manitobacannabis #betterwithbonify #getexcited #newbeginnings pic.twitter.com/47ThobKPXP

Bonify, a Winnipeg-based licensed producer of cannabis products, was the subject of an investigation by Health Canada in 2018 after a whistleblower reported a large amount of cannabis being bought out of province from an illegal seller.

According to a Health Canada statement sent to Daily Hive, in November of 2018, the agency received an email complaint alleging wrongdoing by Bonify, referring specifically to Health Canada’s regional cannabis inspectors.

An investigation into these irregularities is ongoing and Bonify’s board will be able to provide further comment at the appropriate time after the investigation reaches its conclusion.

A week later, Bonify notified Health Canada that it would be initiating a recall of two lots of cannabis products sold to the public for which they were unable to verify if the required laboratory testing had occurred.

A recall notice showed that this is likely in reference to the 3.5-gram packaged Worlock Kush and Cherry Lime Pie dried cannabis flower. The recalls affected customers who purchased weed from three different stores located in Regina, Moosejaw, and Saskatoon between November 20 and 30, 2018.

After cancelling a scheduled inspection, Health Canada conducted an “unannounced and far more extensive inspection of the company’s premises” over the span of four days and identified concerns over the purchase records of eight lots of cannabis products, including the two that were already recalled.

The suspect cannabis was seized and Health Canada says Bonify’s Board of Directors has “removed company executives and brought in a third-party management consultant to review how unapproved cannabis products were released for sale.”

According to the most recent release, the company also carries products in Saskatchewan, with plans to expand to other provinces.