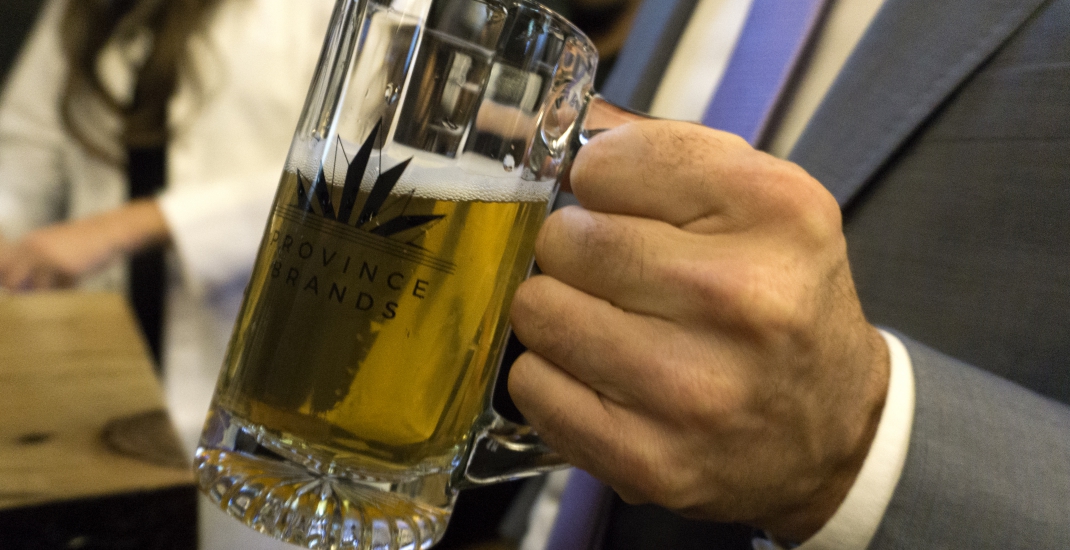 Beer brewed from cannabis! It’s a world first and it’s being developed right here in Canada.

Province Brands of Canada announced in a news release on March 22, 2018, that the Canadian company is developing “the world’s first beer brewed exclusively from the cannabis plant, as well as other premium cannabis-powered, alcohol-free beers and spirits.”

Using a patent-pending process and working with a commercial brewery in Ontario, Province Brands is currently developing a beer brewed from the cannabis plant that will have a dose-response similar to that of alcohol.

The company formed a strategic partnership with Cannabis Wheaton Income Corp. – a collective of cannabis-focused entrepreneurs that can tap regulatory and industry expertise to assist “with the establishment and licensing of a cannabis facility focused on the research, development and commercialization of cannabis-based beverages.”

“Province Brands’ mission is to create a safer and healthier alternative to alcohol. We are thrilled to partner with the expert team at Cannabis Wheaton on this adventure, which aims to create tremendous value for our shareholders,” said Dooma Wendschuh, Co-Founder and CEO of Province Brands.

According to the company’s description, Province Brands’ beer brewed from cannabis is “Alcohol-free yet highly intoxicating, and with a dose-response curve similar to that of alcohol,” and is being billed as a safer and healthier alternative to alcohol that is also low in calories and sugar.