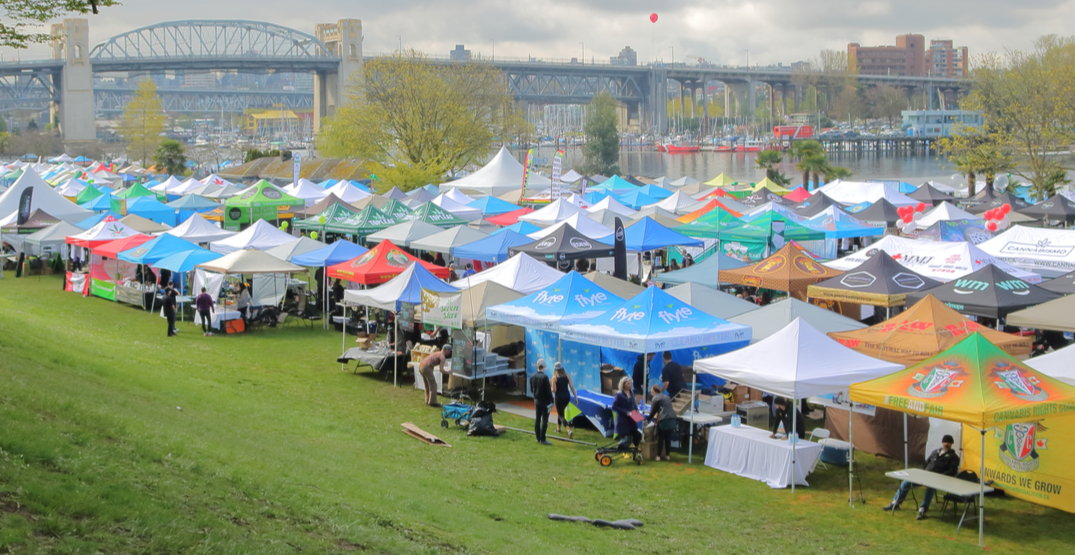 Vendor tents in Vancouver during 420 / Shutterstock

While designated consumption sites such as beer gardens are a common sight at festivals throughout BC, the provincial government is advising people that they shouldn’t expect to see the same sort of concept when it comes to cannabis.

In a statement to Daily Hive, the Ministry of the Attorney General said the government has no plans to issue cannabis-related special event permits “at this time.”

The ministry also said it currently has no plans to license “designated consumption spaces, such as lounges.”

It stressed that non-medicinal cannabis sales will only be permitted at licensed cannabis retail stores, such as the one in Kamloops.

The policy stands in contrast to other jurisdictions, including at the municipal level.

Earlier this year, the City of Calgary moved to amend its Cannabis Consumption Bylaw regulations in a move that would open up the possibility of exempting certain areas within festival or event grounds for legal cannabis consumption.

In that case, the city said these areas will be fully monitored, away from unwilling participants, and will not be covered, as “provincial regulations do not permit smoking or vaping of tobacco or cannabis in a public, enclosed space,” according to the release.

However, these open-air, fenced sites, will only operate as a consumption area, and not as a place to buy or sell cannabis.