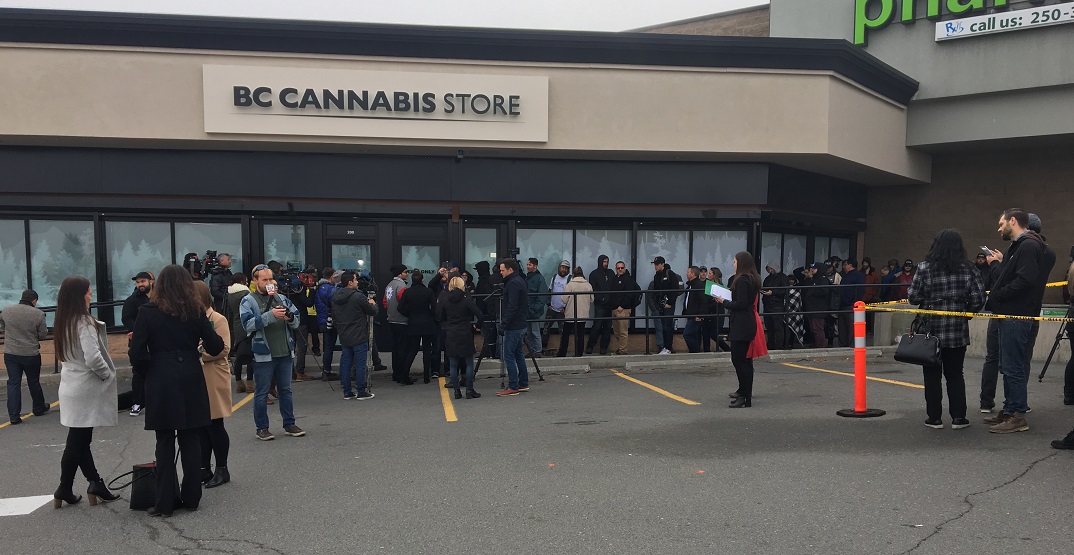 On October 17, the BC government began legal sales of adult-use cannabis through its online platform and the province’s only physical store, located in Kamloops.

The city is now in the process of approving applications for two private retail stores, one of which may open as early as December of this year.

The applications received unanimous approval from Kamloops city council and will move on to the next stage of the process.

“The province of BC still has the final say as to whether these folks will get an application to sell cannabis as a store from the province,” Dave Jones, Business Licence Inspector and Property Use Coordinator for the city of Kamloops, told Daily Hive over the phone.

“The timeline the province spends on each application depends on how much information they have to review,” said Jones.

“It’s undetermined how long the province can take because each application will have a different level of complexity.”

Once the applicants receive their licence from the province, they will be able to purchase and stock product, at which point the province will do a final inspection of the stores.

According to Jones, “the response has been phenomenal” to the city’s government-run cannabis-retail store.

“Eventually when we have anywhere from 10-20 stores in town I think that it shows that people feel comfortable walking into a store, feel comfortable buying cannabis in a legal store,” said Jones.

The city also has two more applications going to council on November 20 for government retail outlets.

Jones said that the current store serves as a model to other BC communities in terms of how legal cannabis sales can be incorporated without a negative impact.

“It is my understanding that many communities have come in to take a look at the store and now have reached out to the province saying ‘you know what? We will allow cannabis retail sales in our community.'”

Jones also said that the mayor and council met with the local police chief recently.

“They have had absolutely no problems at all and haven’t seen any difference in increase of crime.

“It just goes to show that the stigma that bringing legal cannabis into communities will wreak havoc just isn’t warranted.”