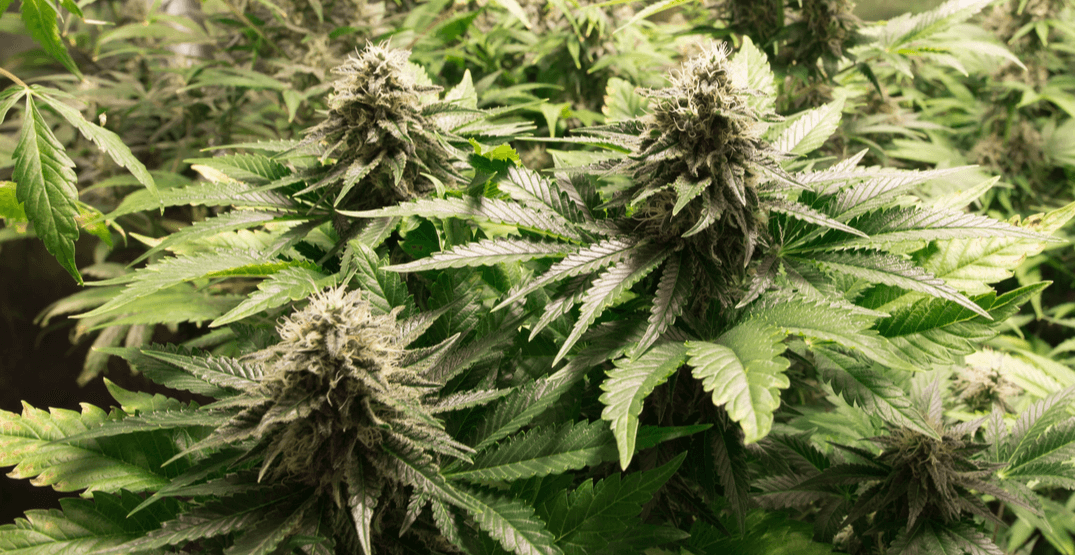 Imagine making $200 an hour trimming weed. Imagine working only a few months a year and then you were free to travel the world. This is the life of a “trimmigrant” — seasonal workers who descend on Northern California’s Emerald Triangle to spend a season trimming plants.

But with dropping prices for weed, the job of a trimmer is not as lucrative as it once was. And as prices fall, farmers are faced with having to cut costs.

Bloom Automation, launched in 2017, has developed an automated, image-based robotic trimmer able to recognize the different parts of the plants and separate them faster than a human.

“Essentially, you’re loading conveyor belts with the branches which enter a cell where the robot, or robot arm, is contained, along with cameras that image the branches,” Bloom Automation CEO and founder Jon Gowa, told Weedmaps News. “The computer then analyzes the data and guides the robot to a specific location; on the next plant it gives a whole different set of actions because it’s looking at a different plant and the sensors are making new decisions.”

Currently, Bloom’s segmentation accuracy rate is at about 95 percent, which means the robot can almost always distinguish the flower from the leaf and the branch. The actual removal of the leaves is at 85 percent. If the idea of a robot knocking into delicate buds seems dreadful, Gowa explained, “The robot is extremely sensitive to the flower location. It kind of comes up and kisses the plant, then pulls the sugar leaves into a vacuum cutter. The idea is that it really won’t bruise the flower at any point, otherwise we call the trim a failure.”

Artificial intelligence (AI) has been transforming the landscape of myriad industries to great and positive effect — think healthcare, aviation, automotive, communications. And as far as robots taking away jobs, the counterargument that automation creates new and better jobs is noteworthy.

According to the World Economic Forum, AI in the workplace is expected to create 58 million new jobs in the next few years and will either lead to “a new age of good work, good jobs and improved quality of life,” or “pose the risk of widening skills gaps, greater inequality and broader polarization.”

The truth is, we don’t know which is going to happen. This is also true of AI in cannabis.

“Whether it’s the automotive industry or the agricultural industry, people will be working side by side with robots as part of a collaborative process,” said Gowa, who faced his own challenges integrating automation into existing human staff. “The benefit is that robots are able to accomplish dirty, dangerous, dull tasks quickly while freeing people up to utilize the skill sets unique to them.”

To Gilbert Lopez, the idea of integrating robots into the trimmer workforce seems like a win-win. Currently, the chief cultivating officer for Vertical‘s grow facility in Needles, California, Gilbert has been in the industry for more than 20 years and has toiled in every part of it humanly possible.

“Some trimmers call it ‘trim jail’ because it takes so long and is sometimes really boring, so if robot trimmers can get the work done faster and do the stuff that’s tedious, that’s really interesting,” he told Weedmaps News. “I could see putting it to work and then having somebody go over the trim a second time for a more premium look. I don’t see it as an us-or-them situation.”

‘It would be a bummer if robots took over.’

But for the actual trimmers out there, automation is not only a threat to their livelihoods, but the culture at large.

“The industry is changing so much already it would be a bummer if robots took over,” said trimmer Abby Martin. “That would change the whole culture. I like the outlaw mentality of the job and being able to make a living with a very relaxing day-to-day. Although not as good a living as I used to … .”

The weed trimmer culture is equal parts stigma-filled, illicit, liberating, and mesmerizing. In a Vice essay about her nearly decade-long tenure as a trimmer, Kelly Schirmann wrote, “For all its problems, trimming and working in the marijuana industry has allowed me, and countless other women, the opportunity to enjoy a financial and spiritual independence that working in the world at large has not.”

And for former trimmer and current grower Jessie Jones, the legalization and automation of weed has not only driven down prices, but it is also destroying a once beautifully wild industry.

“Machines can never replace the human hand and it’s sad that the trimmer has become so undervalued,” Jones told Weedmaps News. “Human trimmers have always been the spirit of harvest, but with the competition of big business and a flooded market, growers feel the pressure to pay less money in order to keep their livelihood afloat.”

When it comes to weed-trimming automation, Bloom aren’t the only ones with metal in the game. Capna Systems has patented an extraction machine for concentrates that uses ethanol and ultra-low temperatures and results in crude oil produced from plant material. Toronto-based Braingrid sells a sensor that captures real-time climate information for grows and can also suggest improvements.

But these advancements, like everything in the industry since it emerged from the unlicensed market, are new and as yet unvalidated. It was only a few weeks ago that Bloom sent their first robots into the field for beta testing, and whether AI trimmed cannabis is determined to be on par with human-trimmed weed remains to be seen.

“This industry started with people who were against capitalism, people who wanted to come out to the rugged, rough wilderness and make money their own way without being told what to do,” said Jones resolutely. “The idea of robot trimmers is totally destructive; the whole nature of the industry was people coming together to celebrate the abundance of harvest. It was rich and beautiful. It was an industry of sharing.”

Whether this once wild and rough industry will have to share the harvest with their automated counterparts remains to be seen.