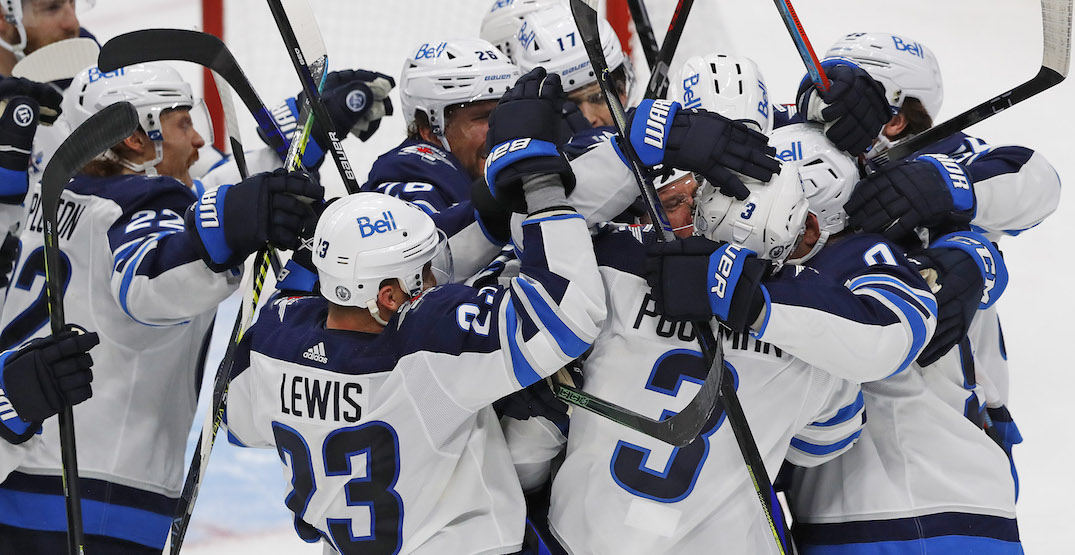 After both teams failed to score in regulation, a long-range shot from Paul Stastny just over four minutes into overtime beat Mike Smith to give the Winnipeg Jets a 1-0 win in Game 2 against the Edmonton Oilers.

The Oilers have scored just one goal in the first two games of the series and will now head to Winnipeg for the next two.

Stastny’s goal was a stunning end to what had been a great goalie duel. Though the OT winner might be one Smith would like to have back, he was having a strong game before that, finishing with 35 saves. Kyle Connor had a great chance to open the scoring for the Jets in the first period, but Smith came up with two huge stops on him.

Not to be outdone, reigning Vezina Trophy winner Connor Hellebuyck also made some big saves for Winnipeg on his way to a 38-saves shutout.

He got some help from his friends, too.

That’s been the story of the series for Connor McDavid so far. After a jaw-dropping regular season in which he led the NHL with 105 points in just 56 games, including 22 in nine against the Jets, he’s been held off the scoresheet so far in this series. As has the league’s leading scorer from last year, Leon Draisaitl.

Now facing what is pretty close to a must-win Game 3, Edmonton needs its two superstars to step up before it’s too late.