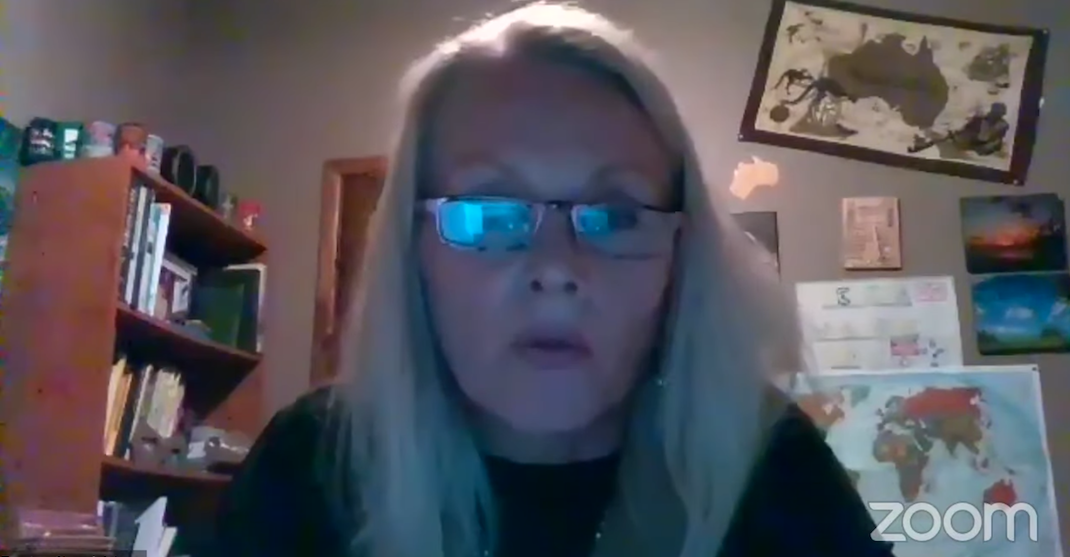 An Edmonton school trustee has resigned after comments she made in a board meeting about refugee students.

On Tuesday, board members were discussing the School Resource Officer (SRO) Program in a public meeting, including whether or not continuing to have police officers in schools is beneficial for students.

After a number of public speakers made their cases as to whether they support or condemn the program, Trustee Cheryl Johner made comments about refugee students while trying to make a point in support of the SRO program.

“This is a very important topic that we’re discussing at the moment. And my mind goes to the number of refugee students that come into our district that are from war-torn countries, that have never known school before arriving here. All they’ve known is violence,” said Johner in the meeting.

“When those students sometimes enter, they can be violent there as well, and I feel that the safety of students is critically important, that other students feel safe as they go to their own schools. The officers act as a deterrent; they can respond quickly to deescalate situations when needed.”

She went on to agree with the board chair, who also supported the presence of SROs.

“I completely concur with you, chair, that what kind of message is this sending about trusting our police force? I just really feel that it’s not evidence-based, just as you’ve said, just as I’ve said. I really encourage my colleagues to consider not voting for this motion, because again, in a court of law you’re innocent until proven guilty,” Johner added.

“There might be racism — I know there’s racism, but I feel that this program really does a lot of benefit, and it’s not all bad. Nobody is created equal, and SRO officers, there’s probably some that are stellar and maybe some that are not so stellar, but we have a process to determine that.”

The vote to suspend the program was ultimately tied, meaning SROs will remain in Edmonton schools while a review is conducted.

Read Johner’s statement in full below:

At yesterday’s Board meeting, I made remarks about refugee students. My comments were inappropriate and immediately regrettable. I take full responsibility for what I said, and sincerely apologize for the hurt and upset I have caused our families, students, staff and community members.

My statement in yesterday’s meeting does not reflect the care I feel for all students and families in the Division. Throughout my time as a Trustee, I have tried to be a passionate defender of the rights and safety of all children, and an advocate for safe, inclusive learning environments. I recognize my words yesterday do not reflect these actions, and I deeply regret this.

I have decided to resign from my position of Trustee for Ward A, effective immediately. I know the Division and the Board of Trustees will continue their critical work of addressing systemic racism in Edmonton Public Schools and our society.