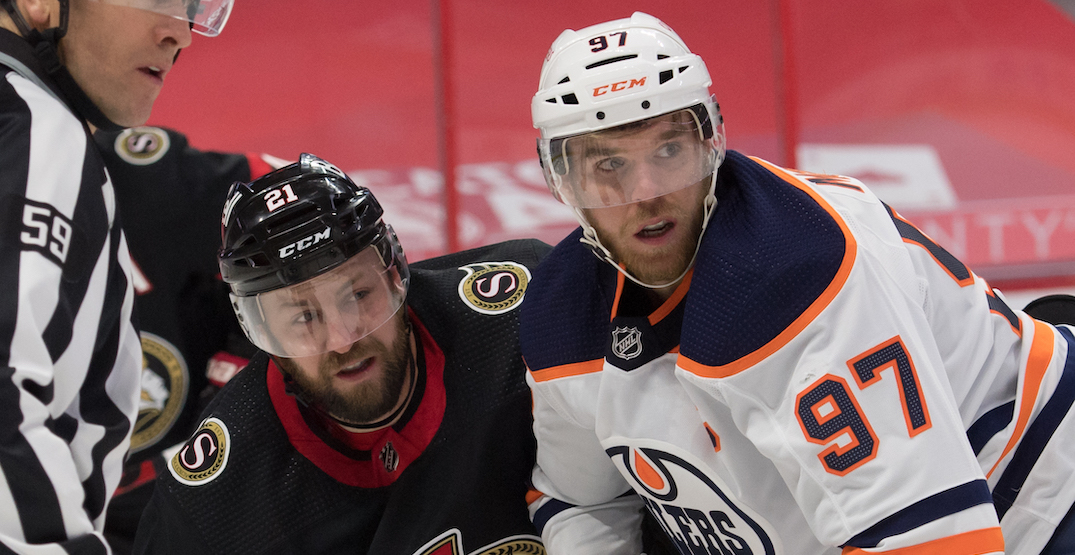 To say Connor McDavid and Leon Draisaitl are important to the success of the Edmonton Oilers would be the biggest understatement in the history of understatements.

The Oilers defeated the Ottawa Senators 3-2 on Tuesday without any points from McDavid or Draisaitl, marking the first time that’s happened since November 28, 2017, according to Sportsnet Stats. That’s 1,170 days!

#Oilers win a game when neither Connor McDavid or Leon Draisaitl record a point for the first time since November 28, 2017 vs Arizona

Before this game, the Oilers were 0-26-2 in games where their two superstars had zero points each. Both players had 10-game points streaks end after last night’s game, but McDavid and Draisaitl.

For the year, McDavid and Draisaitl account for 32% of their team’s goals and 37% of Edmonton’s entire offence. This season, they have scored more points (52) than the rest of their teammates have goals (35). The next closest player on the Oilers in points has 11.

However, against Ottawa, the offence came from Edmonton’s defencemen with Darnell Nurse, Evan Bouchard, and Tyson Barrie each scoring goals.

The Oilers next game will come in Montreal on Thursday against the Montreal Canadiens. Puck-drop is at 5:00 pm MT on Sportsnet.