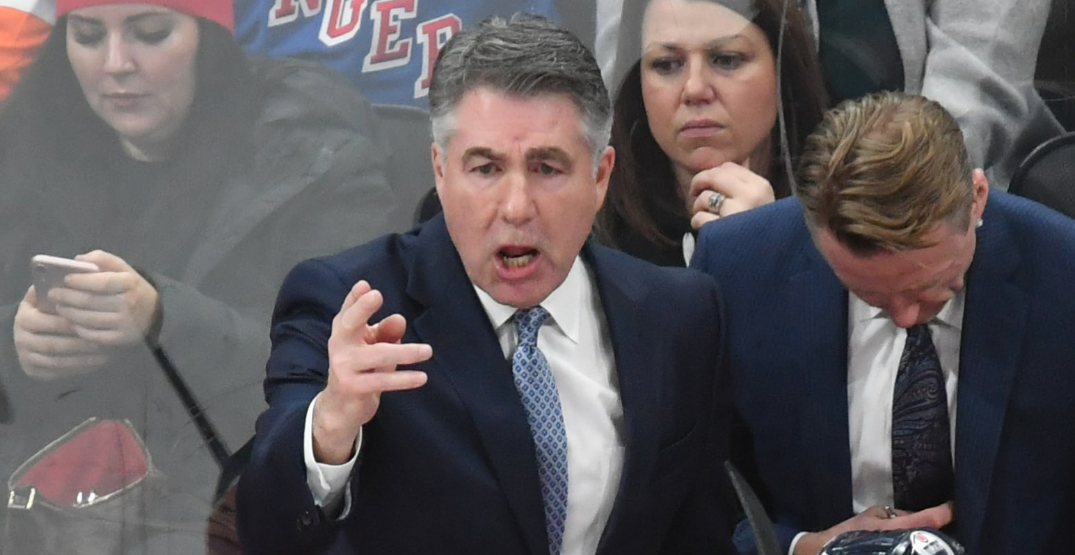 Dave Tippett will not be behind the bench for the Edmonton Oilers tonight.

With positive COVID-19 tests rising across the league, the Oilers head coach will miss tonight’s game against the Toronto Maple Leafs for precautionary reasons.

Assistant coach Glen Gulutzan is expected to run the bench in Tippett’s absence.

In addition, Coach Dave Tippett will not be behind the bench tonight for precautionary reasons. #LetsGoOilers pic.twitter.com/bRWYAtJr5r

The Oilers will also be without forward Ryan McLeod, who was placed in COVID protocol earlier in the day.

#Oilers forward Ryan McLeod has been placed in COVID protocol.

Per Sportsnet’s Chris Johnston, the league has had over 20 players join the league’s COVID-19 protocol list over the last 36 hours.

McLeod was the 24th player added.

The Calgary Flames have nine players currently in protocol and have seen three games postponed. The Flames were scheduled to play at the Chicago Blackhawks on Monday and at the Nashville Predators on Tuesday, and host the Maple Leafs on Thursday.

Sebastian Aho of the Carolina Hurricanes, whom Calgary hosted Thursday, and Brad Marchand of the Boston Bruins, who played the Flames on Saturday, are also in protocol.

The Oilers hosted the Hurricanes on Saturday.

The NHL is not expected to pause the season due to the increasing number of COVID cases, according to Emily Kaplan. The NHL and NHLPA have scheduled a call to discuss the potential need to enhance protocols, she tweeted earlier Tuesday.

Just talked to someone in the NHL league office.

As of now, there’s been no discussions about pausing the season due to COVID cases.

NHL & NHLPA have a regularly scheduled call (will happen tonight or tomorrow) where they will discuss if there’s a need to enhance protocols.