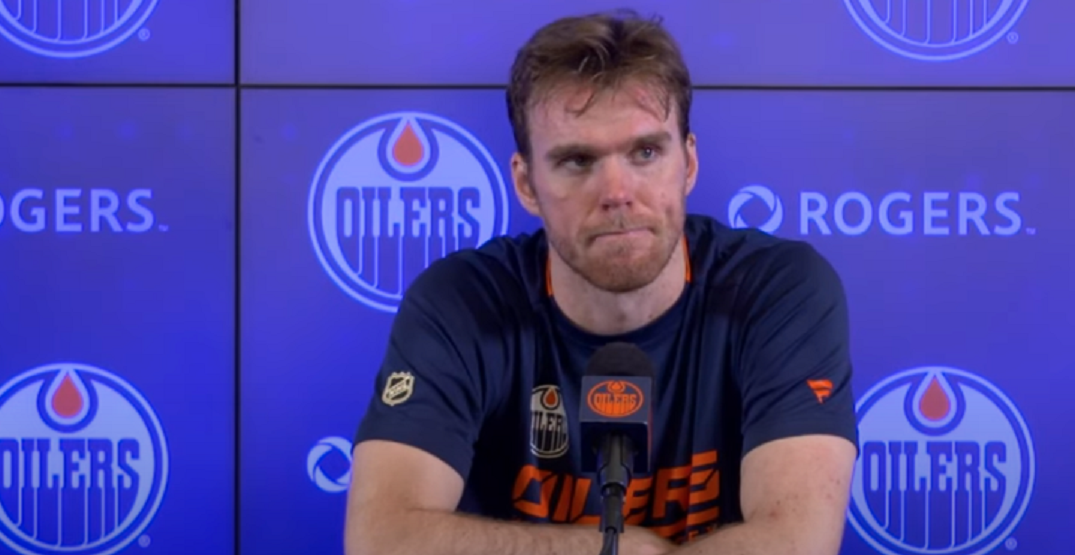 Nothing’s coming easy to the Edmonton Oilers these days.

The Oilers are 0-4-2 over their last six games, with their latest defeat coming Saturday night against the 31st-placed Ottawa Senators. With Edmonton taking a 3-1 lead into the third period, Ottawa potted five third-period goals to come out with a 6-4 win.

“I wish I had an answer for you,” Oilers captain Connor McDavid said postgame. “We’ve talked it over and over and over again in that room and, obviously, we haven’t found an answer yet. That being said, we’ve got to show up, and we’ve got three practices here before our next one, and we get back to work.”

The Oilers next return to action on Thursday night at home against the Florida Panthers.

Due to having a number of games postponed, the Oilers actually last won a game way back on December 18, meaning they’ll go at least a full month between wins. Only the expansion Seattle Kraken and 32nd-placed Montreal Canadiens are also winless over that span.

Ottawa went 2-for-3 on the power play on Saturday, including a game-winning goal by Josh Norris with just under four minutes remaining in the third period.

Forward Zack Kassian echoed Tippett’s comments, pointing out how the once 16-5-0 Oilers have cratered out of a playoff spot.

“The same group at the beginning of the year that was one of the best teams in the league, and now we seem like we’re finding ways to lose we need to find ways to win,” Kassian said. “That’s one we let slip away. Now we’re sitting here talking about the same shit we talked about before the break.”