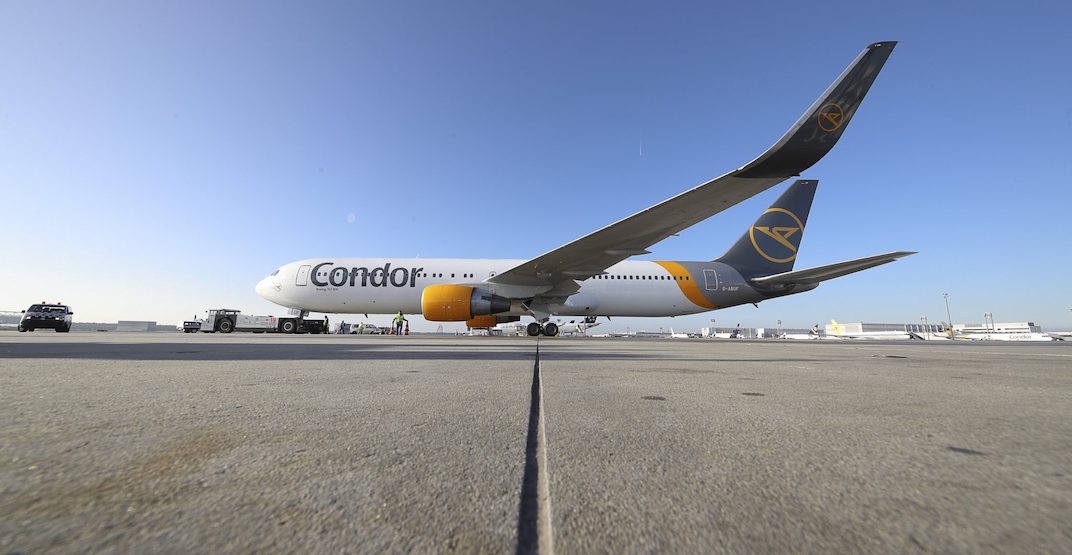 A new non-stop flight from Edmonton International Airport (EIA) to Germany will launch early next summer.

Beginning June 1, 2020, flights to Frankfurt from Edmonton will operate twice a week, on Mondays and Thursdays, for the summer season.

“Frankfurt has been one of the most sought-after destinations from our community,” said Tom Ruth, president and CEO of Edmonton International Airport, in a release.

Condor Airlines will operate a 259 seat Boeing 767-300 aircraft for the flight route, with the flight from Edmonton to Frankfurt lasting approximately 9 hours and 30 minutes.

According to a release from EIA, Condor has more than 15 airline partners that provide flight connections and reservations via Frankfurt for a more seamless experience on travels to Frankfurt and beyond.

“I’m happy to see this direct connection to Frankfurt, one of Europe’s largest economic and cultural hubs,” said Don Iveson, Mayor of Edmonton.

“I hope that by connecting cultures, businesses, and most importantly, people, this flight contributes to Edmonton Metro Region’s economic success.”

Frankfurt is a thriving metropolis and cultural hub in Germany, and this new service will bring Edmontonians to Europe quicker and more easily.