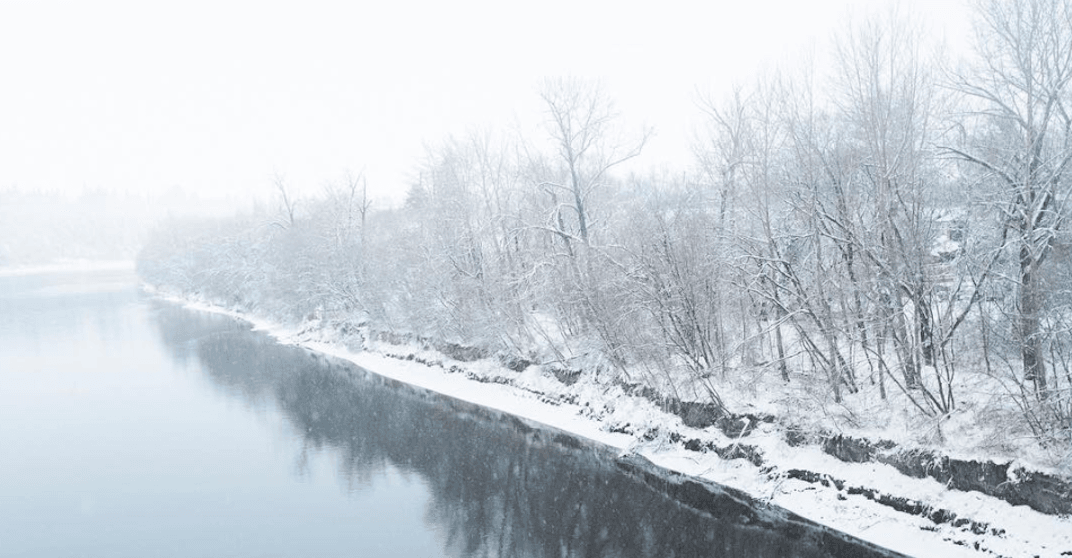 Whether in snow or sunshine, Edmonton’s outdoors are an escape from the city and a beautiful site for more than a few photo-ops.

The Nature Conservancy of Canada has based its ranking on suggestions from the public and information from a variety of sources and databases, including regional studies.

Here’s the list of the top 10 nature hot spots in Edmonton based on the NCC’s list, featuring beautiful images captured by real Edmontonians.

Big Lake at Lois Hole Centennial Provincial Park is quite the sight to see at any point of the year with stunning sunsets and sunrises like the one captured above. According to the NCC, aside from being pretty to look at, the lake “has been designated as an Important Bird Area of global significance because of its large congregations of waterfowl and shorebirds. Over 160 bird species have been observed, including trumpeter swan, and the Big Lake.”

Whitemud ravine is a long, deep creek valley that extends from the southwest edge of the city through to the North Saskatchewan River, and extends to the Mactaggart Sanctuary. According to the NCC, “this site contains the highest diversity of plants and animals in the city, providing habitat for over 150 species of resident and migrating birds.” Snow or sun, this place is an absolute beauty.

The North Saskatchewan River connects Edmonton to the Rocky Mountains in the west and to Lake Winnipeg in the east. “The river provides important habitat to many species of waterfowl, waterbirds, and shorebirds,” says the NCC. It also makes for a beautiful photo-op.

The River Valley Park System is a 7,400-hectare network of connected natural areas along the North Saskatchewan River and its associated ravines. According to the NCC, “it links and integrates many of the other nature hot spots in the city and provides a buffer to the river,” and makes any of the areas along the river great photoshoot hot spots as well.

“Flocks of hundreds of waterfowl and songbirds have been observed in a single day at Hermitage park. The park features many habitats, including ponds, wetlands, and forests,” says the NCC. Aside from that, it’s also a beautiful place to come see, and to stay a while to enjoy the sights and sounds.

According to the NCC, “this site includes wetlands, forests, and open areas. There is a proposal to incorporate Big Island and some surrounding areas into a provincial park. Restoration of Big Island could enhance its ecological function as both a core and linkage area.”

According to the NCC, William Hawrelak Park was built on a former gravel pit, but now is one of Edmonton’s birding (and photo) hot spots year round. Located along the river, this large urban park includes an artificial lake.

Moran Lake, a wetland natural area in northeast Edmonton, is in the largely undeveloped Horseshoe Hills planning area. The shallow lake and wetland are owned by the province according to the NCC. (Note: Above is a bird pictured at a section of Big Lake)

Beaumaris Lake is located in the northern section of the city and is completely artificial. According to the NCC, it was built in 1977 as a stormwater management facility, and remains to this day as a frequently visited hot spot year round.

This lake was identified as the most important wetland in Edmonton by Ducks Unlimited Canada. The 56-hectare lake includes shallow open water and marsh and is surrounded by shrub thickets and aspen woodland.

If you plan on visiting any of these nature hot spots, Edmonton, remember to bring your camera.