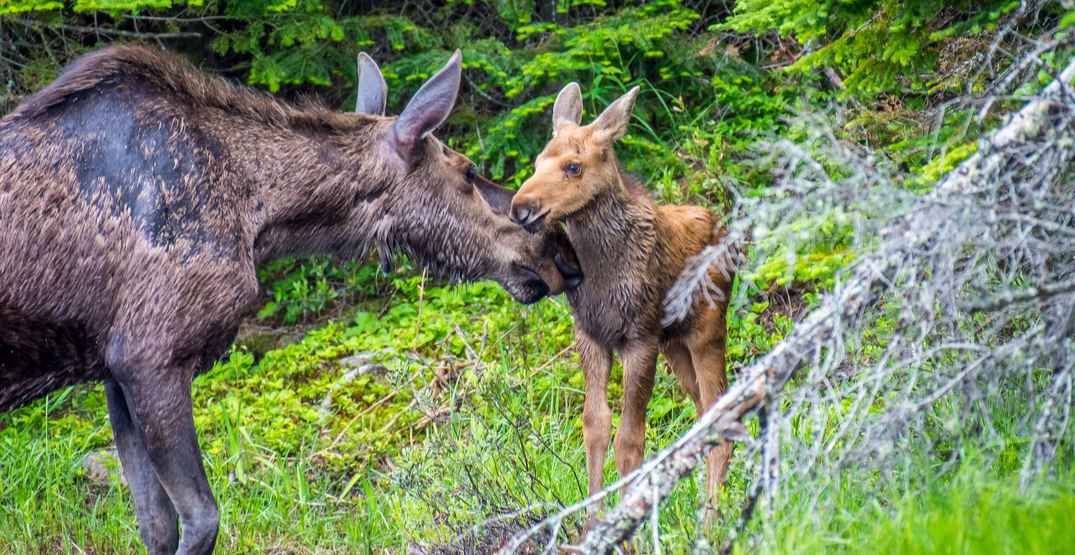 Alberta Fish and Wildlife Enforcement relocated a moose and her calf after they were seen roaming around Edmonton last week.

According to a post on its official Facebook page, the cow and calf were seen walking around Manning Drive and 137 Avenue, a residential and commercial area without any accessible green space.

The post continues that officers quickly responded and were able to successfully relocate the pair to a more secure, appropriate area outside of the city.

The post features a video of the moose as well.

“Normally, moose are not aggressive; however a moose that is stressed, a bull moose in the fall rut or a cow moose protecting her young may be easily provoked into an attack, which is a risk to individual and public safety,” the post warns.

One Reddit user also posted an image of the moose spotted in the West Secord/Rosenthal area. It’s not clear if this is the same moose.

If residents see or encounter a moose, they are instructed to keep children and animals inside until the animal has vacated the area, according to Alberta Fish and Wildlife. Additionally, they are advised to refrain from attempting to scare off the moose by yelling or throwing things.

When wildlife is posing a risk to public safety or is having difficulty returning to the wild due to physical obstacles such as roads, buildings, or other barriers, contact the Report a Poacher line at 1-800-642-3800.