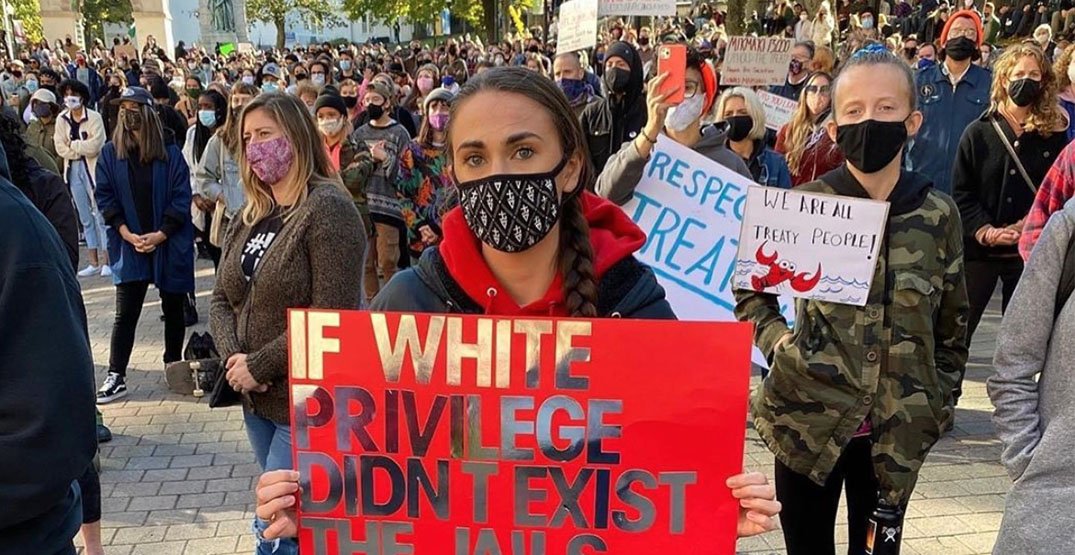 Protesters are marching in Edmonton this weekend in support of Mi’kmaq people’s right to fish for lobster on their traditional territory.

The All Eyes on Mi’kma’ki march will start at the RCMP headquarters at noon and proceed to Central McDougall Park. Attendees are asked to wear masks and keep their distance from others.

The demonstration is part of Idle No More’s week of solidarity with the Indigenous fishermen, and similar marches are happening across the country.

The rally is in response to escalating tensions between commercial fishermen and Mi’kmaq fishermen in Atlantic Canada. The Indigenous fishers, who are harvesting lobster off-season as is their treaty right, have had their lobster pounds vandalized and a truck set on fire.

More than 130 people have indicated on Facebook they’re attending the Edmonton event.