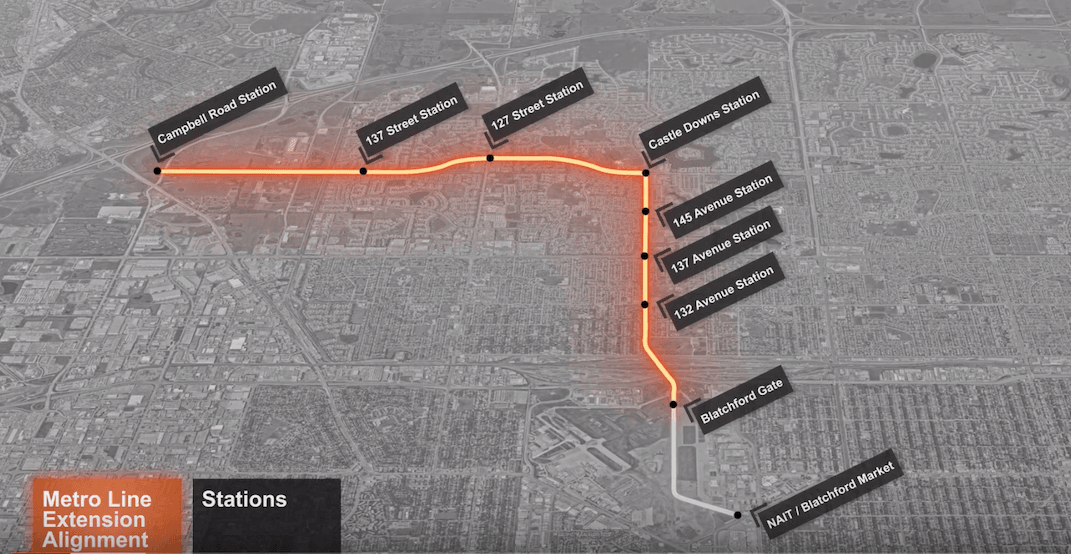 On Tuesday, the City of Edmonton released a video outlining the preliminary design of Phase 2 of the Metro Line Northwest LRT extension.

This animated video shows the updated design for the extension of Blatchford to Campbell Road incorporated with residents’ feedback.

According to a release from the City, the updated design of the extension marks a “major milestone” in the project’s progress.

The release also states that the Metro Line Northwest LRT extension will be built in two phases. Phase 1 will extend the Metro Line from NAIT into Blatchford and is currently in the procurement phase. The City expects to begin construction on Phase 1 in 2020.

City staff will be hosting drop-in information sessions to discuss the Council-approved design for this LRT project with the public.