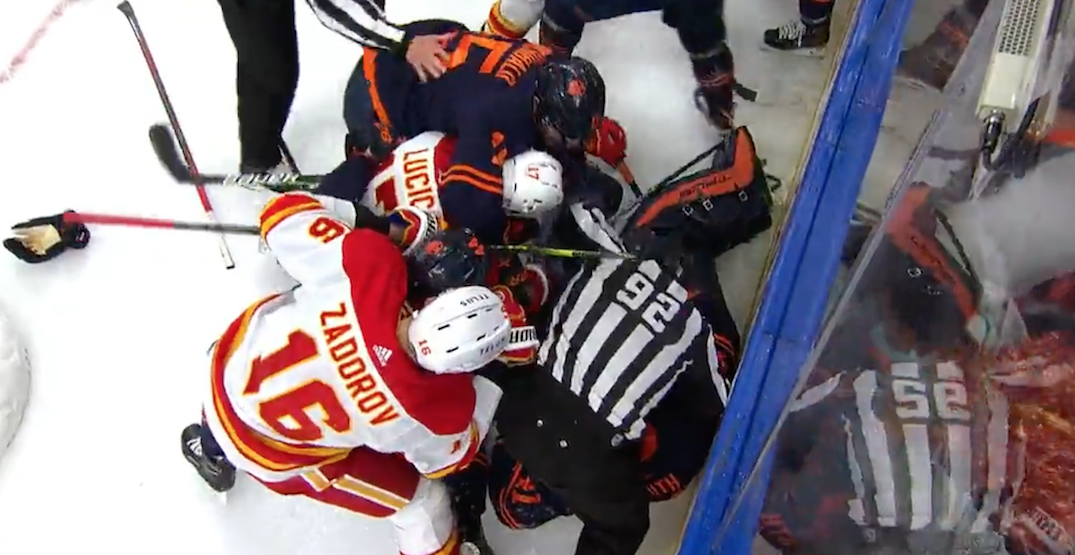 Milan Lucic has been ejected from tonight’s game in the Battle of Alberta.

The Calgary Flames forward was given a five-minute major and a game misconduct for charging, after he ran Oilers goalie Mike Smith in the third period while the score was 4-0 for Edmonton.

Then all hell broke loose, with everyone on the ice except for Flames goalie Dan Vladar getting involved.

After review, Lucic gets a major penalty for charging + game misconduct. pic.twitter.com/elp3TxbohF

Smith was forced to leave the game too, but only momentarily as a concussion protocol.

Edmonton went on to win the game 4-1, and now lead the best-of-seven series 2-1.