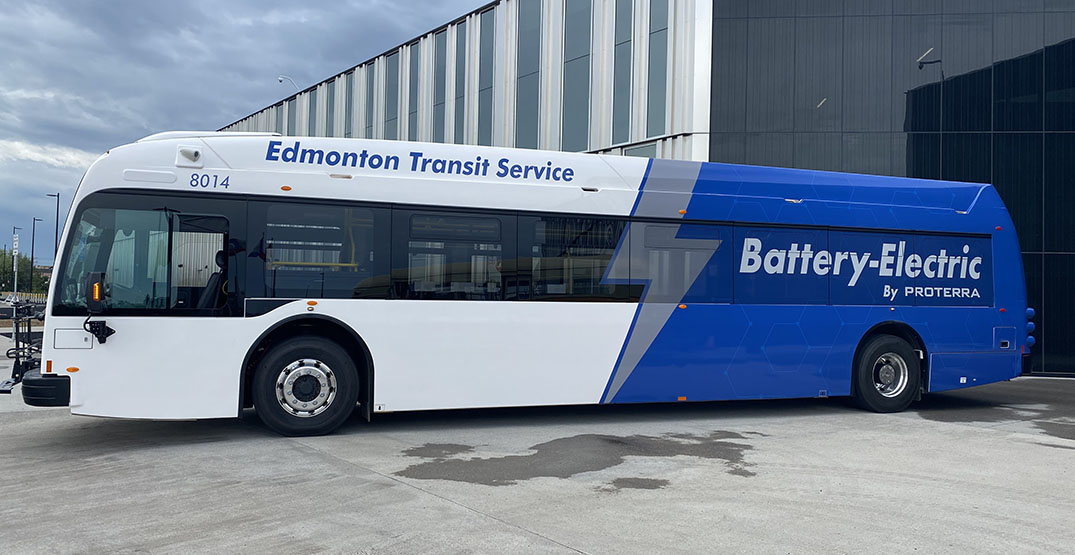 Edmonton Transit Service gave the public a peek at its new fleet of electric buses that will begin transporting passengers in August.

According to ETS, the new electric buses are cheaper to maintain than diesel ones. They also come with shields to that create a barrier between drivers and passengers.

The buses were built by Proterra, and 40 of them are expected to join ETS’s fleet by the end of the year. According to a news release from the company, Edmonton is the first North American city to use in-depot overhead charging stations.

The six batteries on board each bus allow them to travel up to 350 kilometres before charging again.

We are excited to give the Mayor and the media a sneak peek of the first electric buses that go into service in early August. These buses come with protective Operator shields, are less expensive to service/maintain than diesel & contribute to a greener #yeg. #yegtransit pic.twitter.com/yk2T4IqmjS